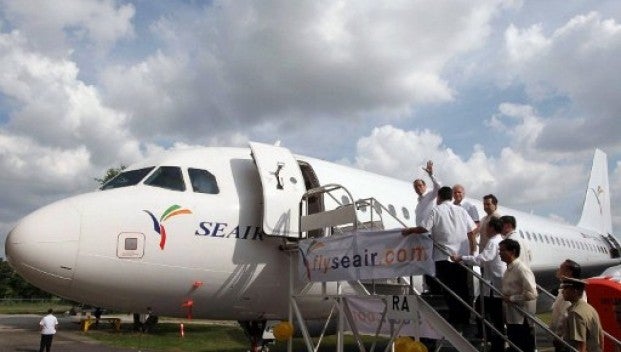 THE CIVIL Aviation Authority of the Philippines (CAAP) has allowed two airlines that were previously suspended on safety issues to resume their flights.

According to CAAP spokesperson Eric Apolonio, the suspension of the two airline firms’ AOCs was lifted after the aviation authority validated the corrective measures they undertook helped them meet aviation safety standards.

In a statement Apolonio said that both SEAir and Skyjet submitted their respective actions taken on safety observations enumerated by the EU assessment team.

“CAAP monitored and evaluated their compliance and found them acceptable,” Apolonio pointed out, adding that the lifting of the AOC suspension for SEAir was issued on June 5 while that of Skyjet was issued the next day.

He, however, said that while both airline firms were allowed to proceed with their operations, they were given notice that they would be “the subject of a heightened surveillance” by the CAAP.

The suspension of the two carriers’ AOCs was based on the outcome of an April 16 to 24 visit of a five-man EU safety assessment team, made up of experts from the European Commission and the European Aviation Safety Agency, which evaluated the country’s safety oversight system for air carriers and the ability of local airline firms to comply with aviation safety regulations.