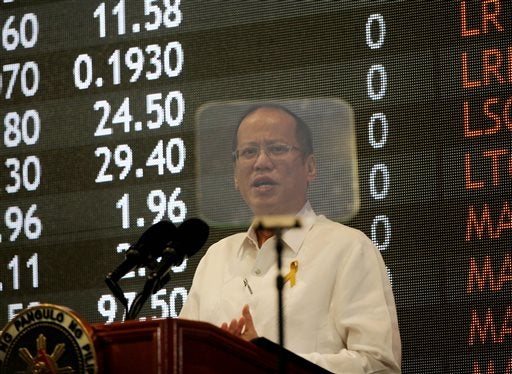 President Benigno Aquino III has issued an executive order encouraging the resurgence of automotive manufacturing in the country.

The EO paves the way for the implementation of the Cars program, which has been earlier presented to the business sector.

Deputy Presidential Spokesperson Abigail Valte, citing the Department of Trade and Industry, said the program is expected to created 200,000 direct and indirect jobs.

“The projected result is expected to contribute an estimated 1.7% of GDP (gross domestic product),” she said.

Through a package of incentives, it aims to “attract new investments, stimulate demand and effectively implement industry regulations that will revitalize the Philippine automotive industry, and develop the country as a regional automotive manufacturing hub.”

Only certain vehicle models will be covered by the Cars program. Among the factors to be considered in the “enrollment” of a car model are its track record and competitiveness, new investments, proposed volume or number of units to be produced, economic impact, fuel efficiency and emission level standards, and overall competitive environment.

Meanwhile, fiscal support of up to six years will be provided to registered participants. It will come in two forms: Fixed Investment Support (FIS) and Production Volume Incentive (PVI).

The fiscal support will be in the form of non-transferrable Tax Payment Certificates, which will allow participants to defray tax and duty obligations.

The Board of Investments will be the lead implementing and coordinating agency. The BOI will establish an application and selection process for the Cars program.

An Automotive Development Fund will also be proposed by the Department of Budget and Management to the National Expenditure Program, which will be deliberated upon by Congress.

In addition to fiscal support, which will address the gap in the cost of producing a vehicle in the country as against importing a car, the program will provide non-fiscal assistance through existing laws.

As early as 2013, various consultations have been held for the crafting of the Cars program.

Trade officials hope that interindustry and supply chain linkages will result in a multiplier effect of investments and job creation.

Read Next
Canada court orders tobacco firms to pay smokers $12.4B
EDITORS' PICK
Rare earth metals at the heart of China’s rivalry with US, Europe
Kai Sotto continues to inspire Filipinos by sharing his passions and stories with Smart Prepaid
G7 rivals China with grand infrastructure plan
PNP, PDEA destroy P25.8M worth of marijuana in Kalinga
Ahead of ONE: Full Blast II, Mongkolpetch warns Elias Mahmoudi: ‘Watch out for my fists’
Alex Eala wins Grand Slam on Independence Day: ‘I hope I made my contribution to the country’
MOST READ
Chel Diokno, Bro. Eddie, Ate Vi decline 1Sambayan 2022 poll nomination
1Sambayan names 6 choices to pit vs Duterte’s anointed in 2022
Groups slam Duterte ‘surrender’ to China
G7 rivals China with grand infrastructure plan
Don't miss out on the latest news and information.