Meralco to roll out prepaid service 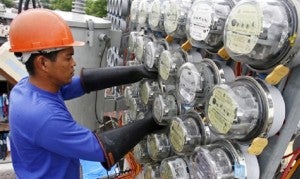 The Energy Regulatory Commission (ERC) has approved the distribution utility’s application for authority to offer and provide Prepaid Retail Electric Service (PRES), branded as Kuryente Load, to customers in its franchise area.

As opposed to the prevailing service, which is effectively postpaid, customers enrolled in Kuryente Load have to buy prepaid credits to keep electricity going in their homes—the same way with prepaid cell phone usage.

“It is grid automation, which leads to consumer empowerment and operational efficiency,” Meralco senior vice president Alfredo S. Panlilio told the Inquirer. “With the approval of the business rules, Meralco will now be able to implement the commercial rollout of Kuryente Load to more sites within its franchise area.”

During its pilot implementation, the service was initially offered in the City of Manila and in some portions of Angono, Taytay and Cainta in Rizal.

Kuryente Load is Meralco’s newest prepaid service that allows customers to monitor and control their consumption through daily balance notifications. Customers could save up to 20 percent in electricity expenses through better consumption management, Meralco said.

The service is more affordable with denominations of as low as P100. Customers can reload anytime, anywhere through multiple loading channels such as Meralco business centers, Bayad Center outlets and e-load retailers.

Meralco said there would be no service fees such as bill deposit and meter installation charge, making it more accessible to the previously unserved customers.

The ERC decision dated April 27, 2015, stated that Meralco’s application was compliant with the provisions of the PRES rules mandated by ERC. It noted that Meralco would use a   system that allows customers to monitor their electricity consumption, balance, loading history and account information and that Meralco’s prepaid metering system was capable of inter-operating with different brands of meter.

The decision also said that retail rates for Kuryente Load should be equivalent to postpaid retail rate at the particular month the credited load was consumed. At the end-billing period, the customer’s expenditures would be tallied and reconciled.

Aside from residential customers, local and national government institutions such as the National Housing Authority and Philippine National Police have also started shifting to prepaid electricity to help them with budget management.