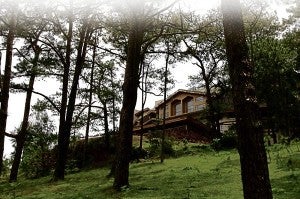 CONCERNED locators and homeowners at the Camp John Hay in Baguio have sought the intervention of President Aquino in the ongoing dispute between state-run Bases Conversion and Development Authority (BCDA) and CJH Development Corp. as they feared losing their hard-earned investments in the former US military facility.

In an open letter to President Aquino last week, investors at Camp John Hay said they needed the chief executive’s help to convince BCDA to “unconditionally honor the terms under which we invested.”

The homeowners and locators, currently caught in the crossfire of the two firms, stressed that they were innocent investors who responded to the call of the government to invest in its public private partnership (PPP) project in Baguio and that they were not party to the dispute between BCDA and CJHDevco.

“We were embarrassed and shocked to read a full page ad by the BCDA of a notice to vacate our fully paid homes and turn them over to the BCDA without any compensation. We do not deserve to lose our homes simply because the government and its developer could not make their agreements with each other work,” the letter read.

The letter further stated that the BCDA has dangled an option that would enable these homeowners and locators to keep their property, but this was premised on the conditions stated in a deed of assignment.

According to the letter, the deed of assignment has provisions that would give BCDA an “unconditional and irreversible” power of attorney, force locators to agree to appear before any court to testify against CJHDevco and to pre-agree to any future and unknown terms and conditions that the BCDA might see fit.

A foreign retiree, who is one of the homeowners at the Camp John Hay, confirmed that the deed of assignment being offered to them contained “alarming” conditions that would effectively give BCDA the authority over their property, the statements they would make in public and the next actions to be taken against CJHDevco.

The foreign retiree, who requested anonymity for fear of reprisal, had alleged that he was even threatened by an official of BCDA not to go against or take legal action against the agency unless he wanted his property to be confiscated altogether.

In a letter to Baguio City Mayor Mauricio Domogan, the foreign retiree claimed that the “BCDA threatened residents to be evicted from their homes unless they would sign a most unfair deed of assignment.” Based on documents that the foreign retiree provided, the deed of assignment included “an admission that we have no right to stay there; an admission that we have no right to sue BCDA for their part in what happened; agree to future terms not even specified, and agree that the interpretation of the assignment agreement or any dispute be heard only by a Court in Taguig, not Baguio.”

“They don’t even respect the Baguio court as the proper venue for any future litigation arising from their proposed agreement. Not only that, but we must agree in advance to sign any affidavit against CJHDevco and testify against them in any court or before agency. We don’t even know what the content would be. Naturally, I can’t agree to sign such a document,” the retiree stressed.

The BCDA, for its part, said in a statement last week that CJHDevco has openly “defied an order to vacate and misleads sub-lessees to avoid refunding them.”

Despite the resolution of their case in court, BCDA and CJHDevco remained at odds particularly on the interpretation of the ruling.

BCDA earlier alleged that CJHDevco was “misleading the public on the implementation of the Writ of Execution issued by the Regional Trial Court Branch 6 in Baguio that orders them to vacate Camp John Hay.”

The agency claimed that the Notice to Vacate served by the Sheriff of Baguio last April 20 to CJHDevCo and all persons claiming rights under CJHDevco, covered all locators and homeowners. These investors have 30 days from April 20 to vacate the former US military facility. Sobrepeña, however, stood his ground as he stressed that the lease contracts of locators within Camp John Hay should be honored by BCDA as based on the same Writ of Execution—the seven-page decision issued by Judge Cecilia Corazon Dulay-Archog of the Baguio RTC Branch 6.