Nepal gets a little help from its friends in PH 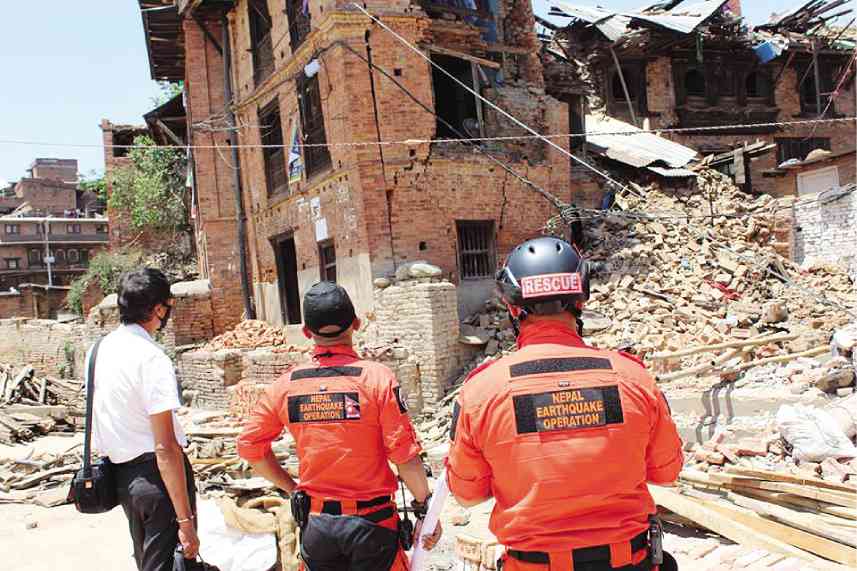 The four-man EDC team will stay in Nepal until May 17.

On April 25, a devastating 7.8-magnitude earthquake struck central Nepal, killing almost 8,000 people and leveling towns and villages, as well as heritage temples and buildings that have long drawn visitors to this landlocked country in the Himalayas.

When the scale of the damage became apparent, it did not take long for Energy Development Corp., the geothermal unit of the Lopez group, to decide to send a small team to Nepal to do what it can to help in the massive rescue and recovery efforts immediately following the deadly earthquake. 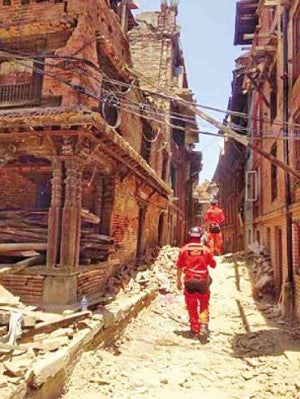 Volunteers, including those from the Philippines, are in Nepal to help in the recovery efforts.

The four-man team was led by Dr. Ted Esguerra, head of EDC’s Emergency Disaster Response Unit. With him in Nepal are EDC director Art Valdez, Justin Aliganga and Fred Jamili of the Philippine Everest team.

Considering the extent of the damage in Nepal, the assistance of the EDC unit may not amount to much, but the energy development company still believes it has the responsibility to contribute even just a little to the global assistance for Nepal.

The team left the Philippines on May 2 and will stay in Nepal until May 17.

Aside from contributing to the international effort, in coordination with the Department of Foreign Affairs and the different agencies of the United Nations, the EDC team also wants to learn firsthand how to respond if and when a similar catastrophic event happens in the Philippines.

Like Nepal, the Philippines is vulnerable to earthquakes, being in the so-called Pacific Ring of Fire. It has been said that it will be just a matter of time before the next “big one” strikes the country.

EDC feels that it has to be ready to cope with natural disasters given the adverse effects of climate change.

As EDC chair and CEO Federico R. Lopez said during the recent stockholders’ meeting of EDC, “if there’s a single point that’s been driven home to us as a company these last few years, it’s this: Climate change is real, and it’s here to stay.” 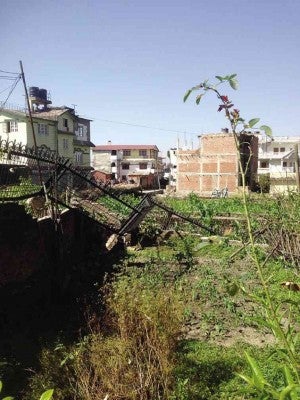 Because EDC’s energy facilities are built on some of the most rugged and challenging natural landscapes, “it is imperative that our company is prepared to adapt as rapidly as possible to this ‘new normal’,” Lopez told EDC stockholders.

This means redesigning and upgrading its facilities to cope with powerful typhoons marked by higher wind speeds and more intense rainfall.

“In addition to many of these innovative engineering solutions, we are building stronger emergency preparedness and response capabilities within the company, by hiring some of the best full-time dedicated emergency teams in the country. They are intentionally being deployed full-time throughout our various sites across the country for rapid response in emergencies, and will also be responsible for training our partner communities and local governments in disaster preparedness. Aside from being force-multipliers in times of crisis, all of these activities will also increase the bonds of partnership and trust we have with our local communities,” Lopez said.

It is the same spirit of partnership and being part of a greater global community that prompted the company to send the small but committed team to Nepal.

That way, the company has helped Nepal at the time of its greatest need while it sharpens its disaster response skills for when the inevitable happens.