Bring magic to the boardrooms, turn to poetry 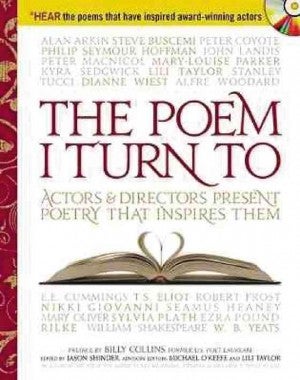 “The Poem I Turn to” Edited by Jason Shinder, Sourcebooks Inc.

On some occasions, I catch an executive quoting a couple of poetic lines from Robert Frost—“Two roads diverged in a wood, and I, / I took the one less traveled by, / And that has made all the difference.” These are oft-quoted lines, saying that we have to make a choice at a crossroads.

For Frost, who became America’s well-loved poet laureate —and delivered a poem at the inaugural of American President John F. Kennedy—he chose the narrow road.

An engineer friend has memorized “Invictus” by William Ernest Henley, and delivered with gusto these defiant lines: “I am the master of my fate, / I am the captain of my soul.” Of course, people of the faith will counter that the “captain of our souls” is our Creator.

At a late dinner with my new lawyer son, I spoke to him about the value of poetry to justices of the court in America and Europe, who pick up an inspired line or two of poetry to illuminate a well reasoned decision. One justice quoted a line by Shakespeare—delivered by lawyer Portia in the play “The Merchant of Venice”—which runs: “The quality of mercy is not strained; / It droppeth as the gentle rain from heaven / Upon the place beneath. It is twice blest; / It blesseth him that gives and him that takes.” Those of us who took a literature course in high school remember that this is a persuasive piece to convince money lender Shylock that mercy must be freely given—versus demanding his “pound of flesh.”

That night, we googled famous poems for one hour, reciting them one by one. An ordinary evening became a magical one.

“The Poem I Turn To”—a rare find at Fully Booked—is an anthology of poems that bring magic to the life and career of famous movie actors and directors. The Preface, written by American Poet Laureate Billy Collins, called the book a “match-making effort” of editor Jayson Shinder, who called on a number of people involved in filmmaking “to reveal their love for—even their reliance on—a favorite poem or two.”

Poem choice reveals character. The result is a unique anthology and, according to Collins, “a set of revealing connections between certain celebrities—mostly familiar—and a few of the poems they hold dear.”

The phrase “turn to” is explained by Collins thus: “‘turn to’ is a revealing verb with which to connect celebrity and poem …. ‘You turn to a poem for consolation, reassurance, hope, affirmation.’” Collins revealed that after the collapse of the twin towers on Sept. 11, 2001, the act of turning to poetry enjoyed a revival.

The choice of poems has also revealed a hidden character of the celebrity, or a passion for something.   A bonus from the book is a CD, with the celebrity actor and director reading his/her poem. Some 30 recordings of poetry readings by the celebrities reveal even further their intensity and passion for things.

It’s a pity that Daryl Hannah, who has a poetic connection with Nobel Prize winner Pablo Neruda, is not featured in the disc of recordings. Writer Al Mendoza is a great fan and follower of Neruda’s love poems.

It’s a joy listening to the deep baritone of Stacy Keach as he reads Sonnet 30 of William Shakespeare so well, and these lines come alive: “When to the session of sweet silent thought / I summon up remembrance of things past, / I sigh the lack of many a thing I sought, / and with old woes new wail my dear time’s waste.” I recall that my brother Jun Velasco, himself a nationally published poet, recites this sonnet with justifiable pathos.

“To His Coy Mistress,” a playful poem by Andrew Marvell, is read here by Paul Guilfoyle, actor in the television series Crime Scene Investigation, better known as CSI. The actor connects well with the poetic piece, especially when reciting these lines inviting his lady love to make much of time: “But at my back I always hear! Time’s winged chariot hurrying near: / And yonder all before us lie / Deserts of vast eternity. / Thy beauty shall no longer be found.”

Another Taylor— Lili Taylor—reads “The Road Not Taken,” by Robert Frost, which is also featured in the book and in the CD. Lili stars in State of Mind, a television series.

A favorite poem of mine, written by England’s Poet Laureate John Masefield, is “Sea Fever.” It happens to also be a well-loved poem by Peter MacNicol. It says: “I must go down to the seas again, / to the lonely sea and the sky, / And all I ask is a tall ship / and a star to steer me by.” MacNicol confesses that he memorized “Sea Fever” when he was a seventh grader. He was charmed by Masefield’s “faraway ports” (which left him) “word-drunk and world wanting.”

There are many more poems featured in this book and this tells us all that our actors and actresses, producers and directors are also poets at heart. My high school teacher told me that we were “all artists at heart.” Poets too.

After all, poetry—whether you are a stage actor or an industry player—can be your oasis in a desert of mundane cares and anxieties. This book is a rare find—and find it you must.