Yielding her spot in the limelight, GM now shines on corporate stage 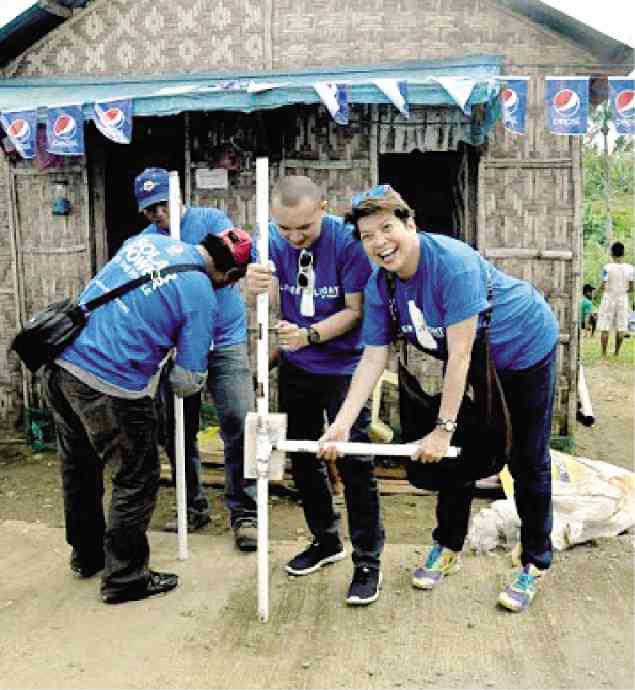 NARCISO of PepsiCo Philippines (right) has a hand in putting up solar streetlights for Yolanda survivors in Tacloban City.

Maricelle Siytangco Narcisco, the driven and accomplished general manager of the wholly owned Philippine subsidiary of New York-based food and beverage giant PepsiCo Inc., always gives her best performance whenever she is called on to accomplish a task.

It is a winning trait that Narciso started developing early. At 16, she took on the immense responsibility of taking care of her father and six younger siblings upon her mother’s death.

And it was enhanced considerably early in her professional career when she juggled the responsibilities of working at Unilever and singing three nights a week at the El Camarote, as part of the all-girl High Fidelity show band.

Narcisco had just started her career with the multinational company after graduating in 1982 with a degree in Psychology from the Ateneo de Manila University when, on a lark, she joined one of her friends who was auditioning for a spot in a show band. 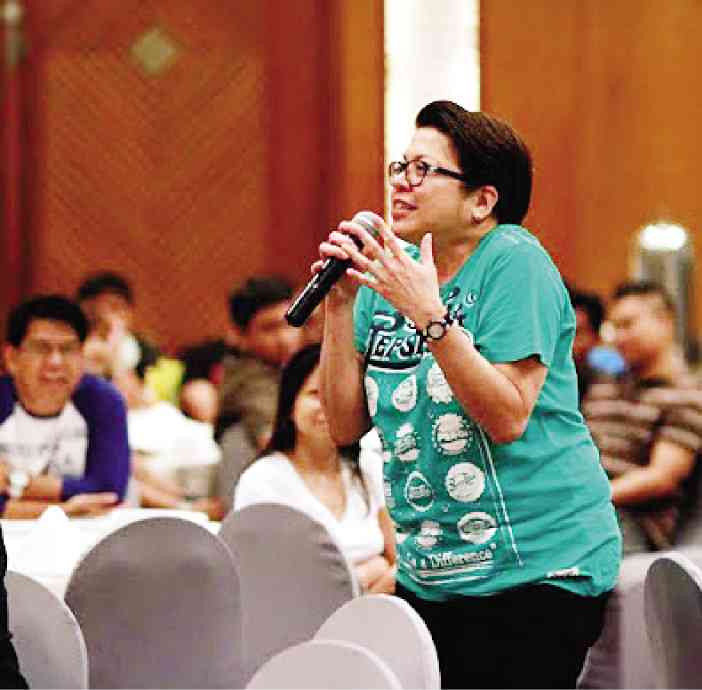 Narciso did not expect to get in, but she did. And while joining a band was not really on her list of things to do, Narciso dove into her new role and gave it her all, helping High Fidelity bring in the crowd three nights a week for six months.

The pretty and talented singers were so good at their craft that High Fidelity was even nominated for best show band during the Aliw Awards, one of the most coveted in the entertainment industry. It held its own against the red-hot Rage Band led by Marissa Buñag and Juan Miguel Salavador—one of the most popular local bands of the 1980s.

Her colleagues at work, however, were not as happy as she was with her life in the spotlight.

The dreaded time came when she had to make that difficult choice between a promising corporate life and a budding singing career.

In the end, the prospect of making her individual mark on the corporate world proved the more attractive option. Thus, while she sometimes received in three days what she earned in a month at Unilever, Narciso decided to let go of the microphone, stopped singing Top 40 hits of the 1980s and devoted all her time, energy and dedication to her day job.

The transition was anything but easy.

“For the first five years after I left, I could not watch a live band because I ended up thinking to myself, I could have been that,” Narciso, 54, told the Inquirer in an interview.

Nevertheless, Narciso has no regrets. While she did not last long on stage, she took away from the experience valuable lessons that helped her quickly climb the corporate ladder. They continue to guide her in her role as general manager of the multinational company’s office in the Philippines.

“The best thing about it was the instant feedback from the audience,” said Narciso. “You have to be at performance level all the time.”

The same holds true in the corporate world, she said, where you have to give your best all the time because there is always somebody watching, assessing your decisions and moves, be it the customer, stockholder, superior, colleague or partner.

In both the corporate and music worlds, emotional intelligence is given a premium, and the rewards go to those who can win that elusive connection with the audience, team members or corporate partners.

Having and harnessing those rare skills enabled Narcisco to become, at just 34 years old, the director for marketing for the Philippines in 1995.

“It was a real opportunity to test my wings,” said Narciso.

In just two years, however, she faced a major challenge when the joint venture of PepsiCo in the Philippines was dissolved in 1997 and Narciso found herself having to rebuild the business with a completely new management team.

She said she got a lot of help from her colleague Sanjeev Chadha, who was sales director in 1997 when the joint venture was dissolved.

“I got a master class in leadership from Sanjeev. Working closely with him to rebuild the business with a management team showed me the power of executive maturity in winning the trust and partnership of the frontline team, bringing people with different points of view to the table, with a shared objective of winning in the market,” she explained. 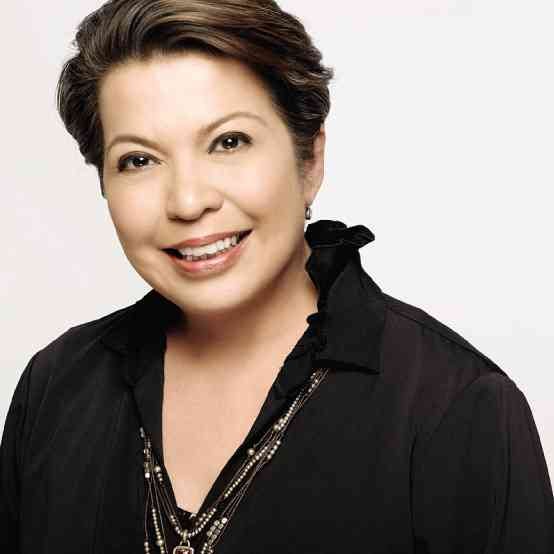 That winning attitude sustained her as her responsibilities grew and the stakes got higher.

In 2000, Narciso became the vice president for marketing for Pepsi Cola Products Philippines Inc., the listed bottler partner of PepsiCo in the Philippines. She also led the portfolio transformation, expanding from the traditional carbonated softdrinks into noncarbonated beverages such as Gatorade, Tropicana and ready-to-drink Lipton Iced Tea.

Then in 2006, her responsibilities grew even more as she was tasked to include FritoLay snacks and the Quaker Oats business that had just been acquired by PepsiCo.

In 2012, Narciso was thrust into her biggest role yet as general manager of the Philippines.

It was a milestone as she was the first Filipino to hold the position and the first female GM for PepsiCo in the Philippines since the American company entered the country in 1946.

“At first, I was reluctant to consider the role, because I felt it was such a male-dominated field and worried about how I would balance my work and my personal life. But everyone around me—my family, my friends and my colleagues, and even my PepsiCo associates—pushed me to make the leap,” she said.

The numbers since then have been in her favor.

PepsiCo in the Philippines, for example, won two Chairman’s Awards for Best Business Performance over the past two years. Its products are either No. 1 or No. 2 in their categories: Gatorade is the top sports drinks in the country; Tropicana is also a leader in the juice drinks category; while Pepsi and Sting are the second largest players in the cola and energy drink segments.

In the food sector, Quaker Hot Cereals is the leader in its category, and PepsiCo is also laying the groundwork for the big push for its snack lines in the Philippines.

“I’ve been really blessed. The last three years have been stellar record performance years for the business, largely attributable to the solidly reliable and progressive partners we have in our foods and beverage business. We’ve had historic growth rates on volume, shares and distribution, well ahead of industry rates,” she said.

Narciso and her committed team are not about to release their foot from the gas pedal, intending to sustain the company’s growth momentum and get rid of any sense of complacency.

“When the going is good, the challenge will always be about sustaining the momentum, and continuing to push performance to the next level,” she said. “One of the reasons I’ve stayed this long in this company is that it’s got this wonderful penchant for reinventing itself successfully. And that keeps the team really energized, engaged and on their toes. I’ve got a smart and courageous team, capable and savvy partners and good bosses. So, armed with that, and some whispered prayers, I think we’re ready to face the sharks out there.” 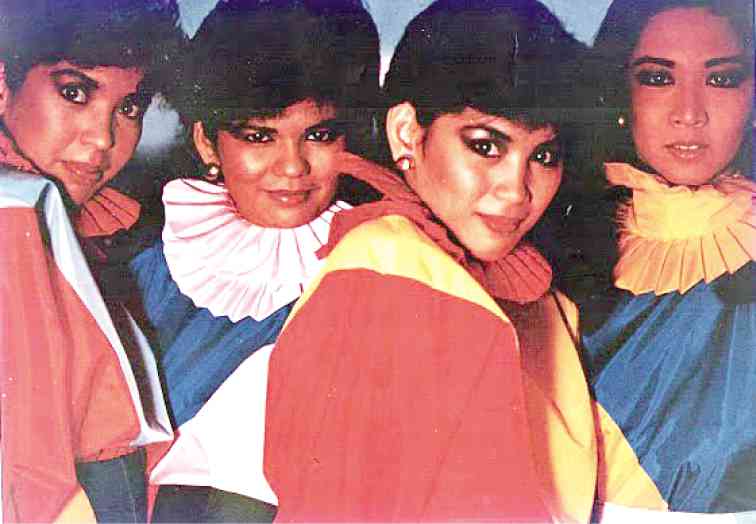 NARCISO (left), once upon a time, was part of the singing group High Fidelity.

‘We’ve got your back’

Narciso also gives a lot of credit to the “strategic disciplines” she learned at Unilever and the “street-fighter experiences” at PepsiCo.

“But what really helped was when my superiors and colleagues reassured me: ‘We’ve got your back.’ That simple phrase works wonders for a woman taking a big step. To this day, I do tell that to my people when they get clammy about taking up a new challenging role,” she added.

Narciso is indeed passionate about highlighting the importance of women in business.

Through different programs, for example, PepsiCo has tapped women suppliers “to give them that extra nudge,” believing that helping the woman means helping the entire family.

That she is in a position to make that positive impact for women encourages Narciso to find more ways, through the PepsiCo organization and team, to make a real difference in their lives and those who need help.

“I take personal pride in what I do—the power to change and improve things, to show that Filipinos can,” Narciso said.