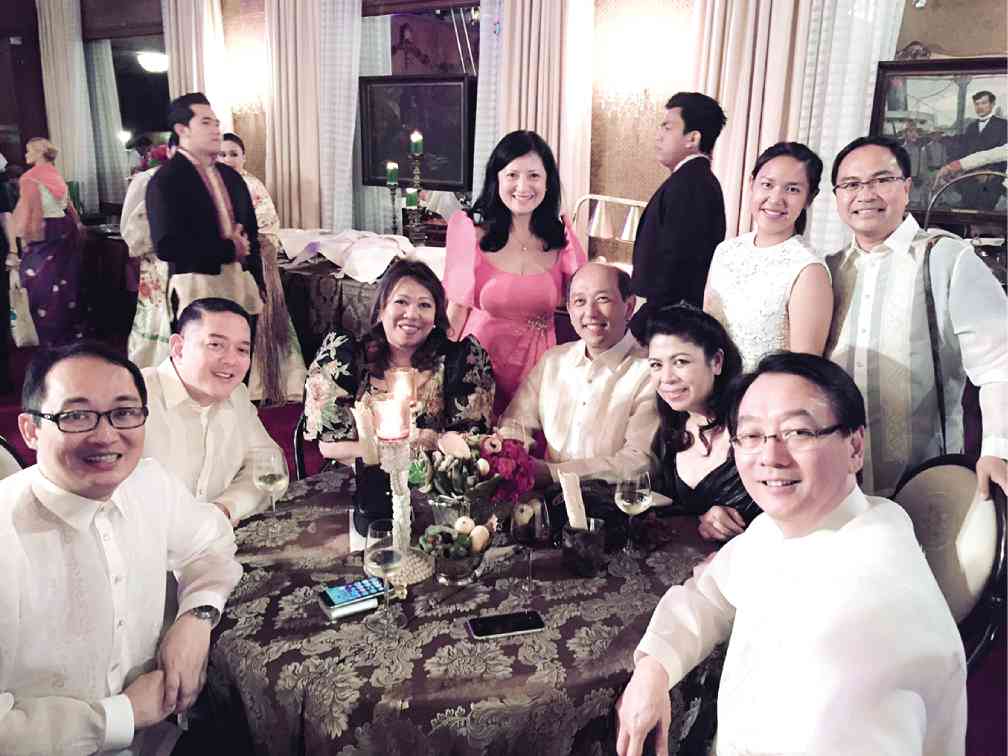 Chicoy Enerio and Arnold Gonzales of the Tourism Promotions Board. ARNOLD ALMACEN

After over 300 years of colonization, the Spaniards made a tremendous dent in our culture, including our gastronomy. Yet it seems today’s Spaniards had never been as familiar, not even acquainted, with Filipino food as they were after experiencing Madrid Fusion Manila.

While the congress saw an exchange of knowledge on creativity and cuisine, it was the actual experience of Philippine produce that got the Spanish celebrity chefs excited.

The day after the event concluded, Philippine-based Spanish chef Chele Gonzalez of Gallery Vask brought Madrid Fusion president Jose Carlos Capel and Mugaritz’ Andoni Luis Aduriz to Batangas to hear out the campaign of Oceana—a group that seeks to protect the world’s oceans—to save small fish in Philippine waters.

To demonstrate how small fish can be used, a humble fisherman presented Balayan bagoong, which chef Myrna Segismundo explained is a variety of bagoong made with small fish instead of shrimp. It was fascinating to witness the two great gourmets dip their fingers in our peasant bagoong and hear Capel exclaim, “Fantastico!” as Aduriz nodded his head and asked about the fermentation process, which the fisherman said takes around six months.

Later, Segismundo showed them how locals cook tulingan as well as the threatened fish maliputo. The Mugaritz team watched intently as fish was cooked in a black claypot.

Flashback to the day before Madrid Fusion, when the chefs were given a tour of Farmers Market. On his Instagram page, Michelin-starred chef Francis Paniego showed his video of a vendor slicing fish with the caption: “Spectacular dexterity and speed.”

Nina Daza Puyat, who also accompanied the chefs to Philippine markets, showed her own photo of Paniego grating coconut at Farmers; as well as world’s best female chef Elena Arzak trying bibingka and puto bumbong, sharing that Arzak loved the bibingka galapong and was thrilled with the coal-fired portable clay oven. 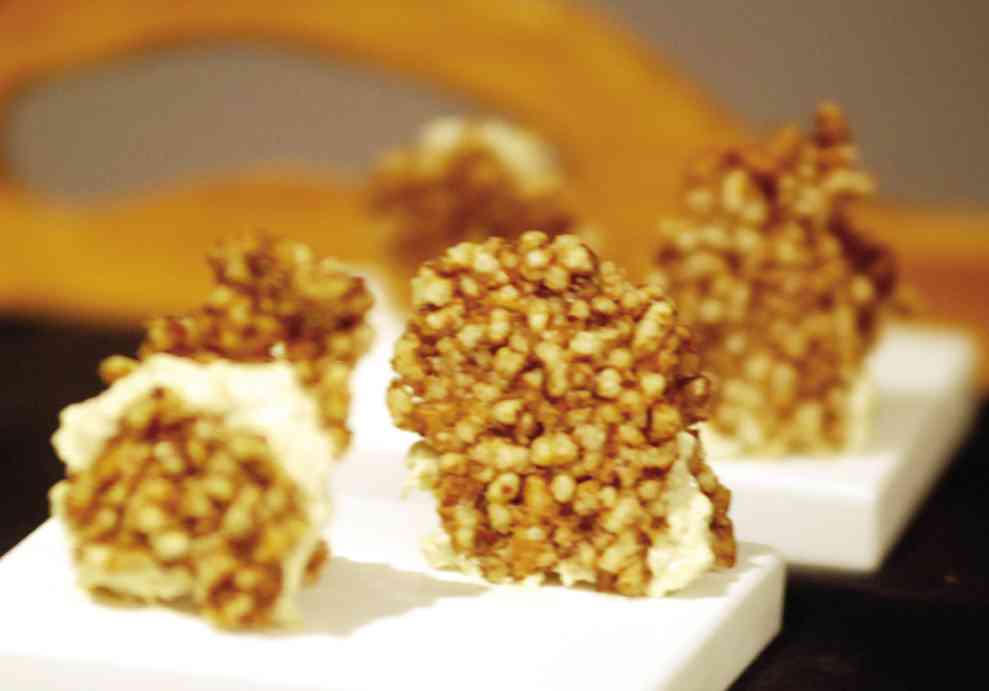 Over at the trade fair, Agriculture Undersecretary Berna Romulo Puyat, who put together the Department of Agriculture booths, shared a report that two Spanish chefs had bartered two packs of pata negra for two packs of Philippine heirloom rice, which was a tremendous hit.

This is a big deal, too, considering it was no less than Interporc or the Inter-professional Agri-Food Organization for Spanish White Pigs, which represents more than 90 percent of this sector (a 25-million euro industry) in Spain, that set up a booth at the trade fair. Soon we may be exporting Benguet heirloom rice to the most discerning gourmets of Spain.

Attendees were equally impressed with Chit Juan’s presentation of the Slow Food Movement’s collection of naturally produced heritage food at Ark of Taste booth, such as batuan and pepinitos or wild baby cucumbers. Adlai, a local grain highlighted, was also featured and instantly predicted by the international media to be the next quinoa.

Over at the Congress, Philippine products presented by our chefs were making headlines, too.

CNN’s report on Madrid Fusion Manila immediately picked up that tuna sperm sac, as discussed by Margarita Fores in her talk “What Gives Life,” may be considered an alternative to foie gras. Taking off from Fores’ talk, a foreign journalist and I had a long discussion with Antonio’s Tonyboy Escalante the next day on how Negrenses cook cow nipples.

Thanks to the Madrid Fusion platform, Fores now has CNN saying that the use of sperm and nipples “makes great business sense.” Giggle all you want but the international food community is suddenly looking to the Philippines for gastronomic techniques, even if these techniques are no more than what our lolas have been practicing for centuries.

At night, our chefs gave exceptional performances during the collaboration dinners.

Jordy Navarra’s “Bahay Kubo” salad, which uses all of the vegetables in the nursery rhyme, held its own alongside the Coca-Cola Chicken of Hong Kong’s “Demon Chef” Alvin Leung of Bo Innovation. Margarita Fores presented a lamb adobo cannelones and Kitayama crackling for her dinner collaboration with Spain’s Paco Roncero at Raffles. Myrna Segismundo gave guests a high as she unabashedly served a heaping of bulalo for her collaboration with the handsome Mario Sandoval at the Peninsula Manila.

Over at Gallery Vask, chef Chele Gonzalez’ solo performance reaped praises from Evelyn Chen, Southeast Asia regional academy chair of the World’s 50 Best Restaurants, who posted on her Instagram wall: “Completely awed by the experience at Gallery Vask … where 95 percent of all ingredients are procured locally: oysters from Aklan, lobsters from Sorsogon, abalone from Zamboanga or Palawan and chicharo seeds (petit pois) from Baguio. The tasting menu also featured many local herbs and leaves that I’ve never come across outside the Philippines.” 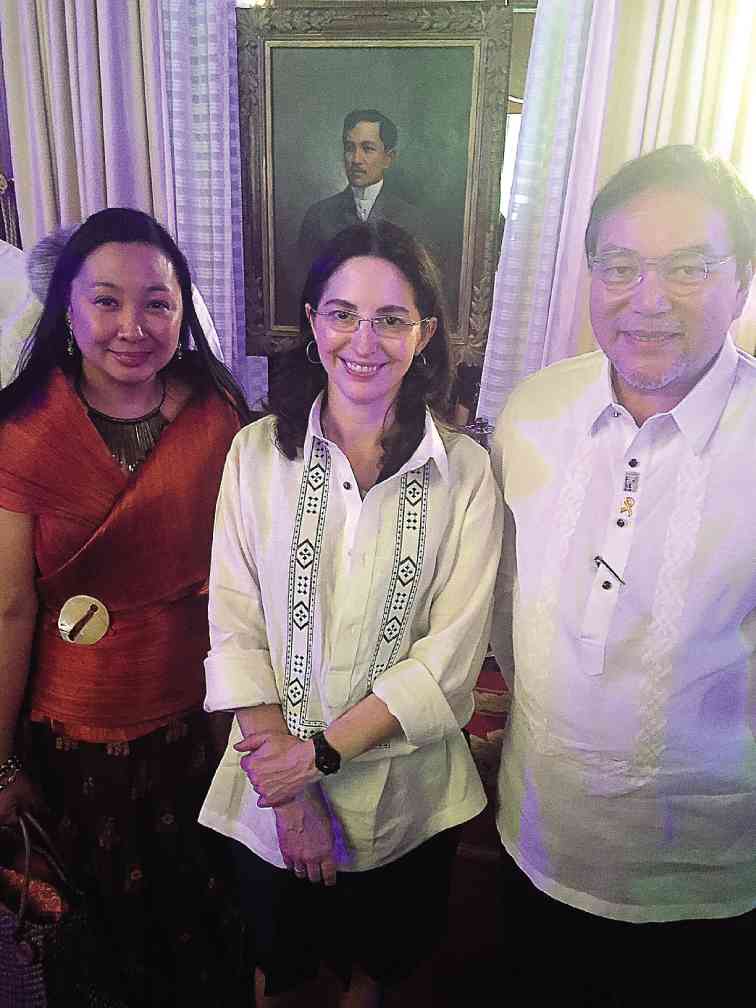 That is the takeaway from Madrid Fusion Manila: the world’s most esteemed chefs and gourmets have found a new candy store to explore. It’s called the Philippines.

And we must give credit to its prime mover: Tourism Secretary Ramon Jimenez Jr., who really deserves a standing ovation.

Jimenez has proven that it pays to dream big. Flashback to 2014 when Margarita Fores suggested to him that the Philippines should set up a booth at Madrid Fusion (in Spain). Instead of merely agreeing, Jimenez upped the ante: “I have a better idea. Why not bring them here?”

Before they knew it, no less than President Benigno Aquino III was witnessing the ceremonial signing of the memorandum of agreement between Jimenez and Spain’s Secretary of State for Trade and president of ICEX (Instituto Español de Comercio Exterior) Jaime García-Legaz.

That was in September 2014. So this whole event was put together in only six months.

The daunting task became easy breezy because Tourism Director Verna Buensuceso knew who to tap: the Philippine Association of Convention/Exhibition Organizers and Suppliers (Paceos). Like magic, the Paceos team led by Monette Iturralde-Hamlin with Joel Pascual, Marisa Nallana and Jing Lagandaon whipped up what turned out to be an unexpectedly organized event that won over even the harshest critics and impressed Madrid Fusion (Spain) organizers and celebrity chefs.

And then the entire Philippine food community came together to support the organizers. From Philippine food icon Glenda Barretto to the legendary albeit shy Enting, who was flown in for the Visayas regional lunch to personally cook kinilaw, Verna (DOT) and Berna (DA) really threw an awesome party. Here was the other—and equally important—fusion: the Bayanihan spirit that burned brightly, as Filipinos welcomed Spanish and international guests, to altogether say, “Kain!”

Through Madrid Fusion Manila, Spain is conquering Asia once again through Philippine shores. But this time, we are extremely grateful that our former colonizers—through the Spanish Embassy, Icex, La Camara, Madrid Fusion, and the individual chef participants like Elena Arzak, Andoni Aduriz and Paco Torreblanca—are also helping Filipino chefs and farmers conquer the world through the Madrid Fusion platform.

Naysayers have been heard to say, “We haven’t ’just arrived’ because we’ve been doing these things for years.” But there’s a difference between singing in the shower or even before your relatives, and singing before an international audience of this prominence. Sure, we’ve always known the 18 vegetables in Bahay Kubo, but now Madrid Fusion Manila has the world singing with us, “sitaw, bataw, patani.”

So all’s well that ends well. Over a century ago, we couldn’t wait to get the Spaniards off our shores and establish our independence as a republic. Today we can’t wait to welcome them back. 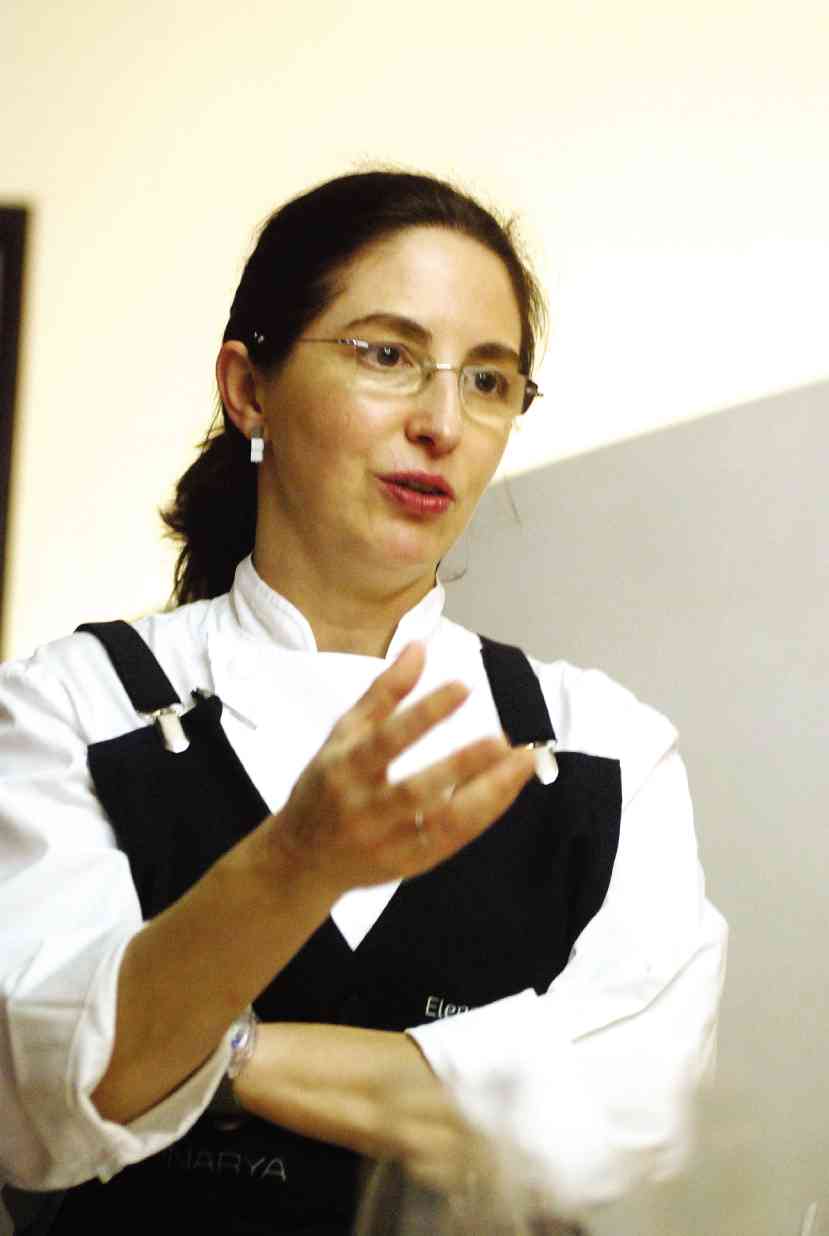