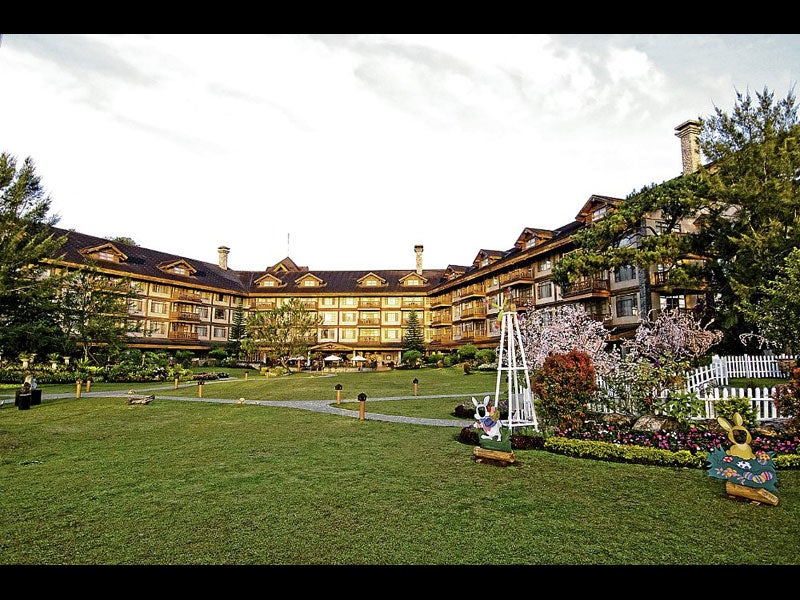 The developer of Baguio City’s Camp John Hay (CJH) on Tuesday offered legal assistance to tenants, lessees and locators in the complex said to be facing eviction by the Bases Conversion and Development Authority (BCDA).

CJH Development Corp. (CJHDevCo) chief operating officer Alfredo Yniguez, in a statement, claimed BCDA was rousing existing locators and sublessees to file suit against the company following the issuance of an arbitration resolution on the Camp John Hay contract.

Yniguez assured that CJHDevCo would provide legal services to protect the rights of all third-party locators, lessees and tenants who are facing eviction from the camp.

Last February, the arbiters from the Philippine Dispute Resolution Center ordered BCDA to refund CJHDevCo the P1.4 billion it had paid in rentals. The BCDA, in turn, is to reacquire the camp.

“The arbitral award ordered CJHDevCo to return the camp to BCDA upon return to CJHDevCo of the P1.4 billion rentals it paid. But the arbitral award did not order the camp be returned to BCDA, free and clear of its locators, lessees and tenants,” Yniguez said in a statement.

He said the tribunal as well as BCDA Director General Ariel Casanova, who is also a lawyer, should be aware that the law protects third parties in good faith in the event of mutual rescission of the lease agreement over the camp.

According to Yniguez, BCDA wanted to evict the existing locators, lessees and tenants to sue CJHDevCo to compel it to shoulder the eviction costs, which would be deducted from the company’s money award.

The CJHDevCo official, however, said the company wanted the locators, lessees and tenants to stay in the camp.

“So why would they sue CJHDevCo? If there is any party who the locators, lessees and tenants should sue is BCDA should BCDA not honor their rights to their properties and possessions in the camp,” he said.

Yniguez questioned the alleged written proposals set by BCDA to the locators, lessees and tenants that if they assigned their rights to lay claims against CJHDevCo, BCDA would not evict them but reward them with continuing lease over their properties under the original period agreed upon with CJHDevCo.

“The proposal clearly exposes the parties concerned to graft and corruption since once the properties of locators, lessees and tenants are returned to BCDA, BCDA cannot dispose them without the proper public bidding to these properties,” Yniguez said.

ADVERTISEMENT
Read Next
No Chinese high rollers? No problem!
EDITORS' PICK
PNP: Checkpoints back in MECQ areas
BREAKING: 3,226 latest COVID-19 cases bring PH’s total to 106,330
Water remains our saving grace right now
Smart 5G goes live
Been there, done that but what’s the difference between MECQ and GCQ?
A gem of a residence in the new normal
MOST READ
MECQ guidelines in infographics
Lacson takes up cudgels for health workers ‘threatened’ by Duterte
You’re my ‘idol’ in crafting laws, neophyte senator ‘Bato’ tells Drilon
Education advocate promotes ‘unschooling’ of children
Don't miss out on the latest news and information.