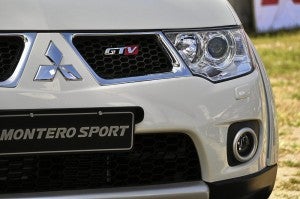 THE MONTERO case stresses the need for a well-equipped testing agency like the NHTSA.

It is the most frightening scenario for a motorist—not being able to stop one’s vehicle. Stalling or not being able to start one’s car can be a mere inconvenience, or dangerous if one is on a highway, but an uncontrollable surge in a vehicle’s speed will almost inevitably lead to property damage, injury, or death. Being unable to stop usually means brake failure, but in a few cases it means a runaway vehicle—a car that keeps accelerating, popularly known as unintended acceleration (UA).

Recently, the Mitsubishi Montero Sport has been the subject of complaints of UA. A blog has been put up by one owner, relating his own incident with the Montero Sport, as well as several other purported complaints.

“In addition, we would like to note that the electronic throttle system of the Montero Sport has undergone extensive testing not only during its development but also during mass production to ensure that it will function the way it was designed to.”

If you are a Montero Sport owner and in any way bothered by these “Montero Sudden Acceleration” Internet blogs, you may bring your vehicle to any Mitsubishi Motors service center nationwide for a free checkup.   Meantime, we also encourage every owner/driver to read the owner’s manual as there are important reminders on the proper driving procedures most especially for automatic transmission vehicles (please see www.mitsubishi-motors.com.ph/ safety-reminders.php).

“MMPC would like to assure the public that every vehicle developed by MMC and its components undergo extensive testing and are of the highest quality level and that we are committed to your utmost satisfaction and safety.”

Is there any foundation to these complaints of UA? It’s worth reading the findings of the largest study of UA conducted, by the US government agency National Highway Traffic Safety Administration (NHTSA). The study was initiated in 2010 after complaints of UA in Toyota vehicles.

The conclusion is that there are several causes of UA. The first and most common is driver error-stepping on the accelerator instead of the brake pedal as intended. Second is a physical cause that causes the accelerator to get stuck. Commonly cited are ill-fitting floor mats that trap the pedal, or a “sticky pedal” that does not return to the idle position when released. The former cause—floor mats—was the cause of a well-publicized high-speed crash in San Diego involving a Lexus vehicle. The second, sticky accelerator pedals, was the subject of the unprecedented recall of nine million vehicles by Toyota.

Then there is the vehicle-based cause, where the throttle valve, the primary control for engine speed, can get stuck open regardless of the pedal position. This is possible when the throttle is electronically controlled. The throttle valve is controlled by a motor taking instructions from a computer.

NHTSA enlisted the help of NASA scientists for the ten-month study to scrutinize Toyota’s electronic throttle system, the suspected culprit in UA. The study concluded that there was “no electronic cause of UA incidents involving large throttle openings and no reason to believe that any failure of the Electronic Throttle Control system would affect a vehicle’s braking system.”

In conclusion, NHTSA stated that “these types of complaints generally do not appear to involve vehicle-based causes and that, where the complaint included allegations that the brakes were ineffective or that the incident began with a brake application, the most likely cause of the acceleration was actually pedal misapplication (i.e, the driver’s unintended application of the accelerator rather than, or in addition to, the brake.)”

Does this mean that the Mitsubishi Montero Sport is exonerated? It would be difficult to conclude that based solely on the Toyota case, but the study does make the claim of vehicle-caused UA improbable. As we have no agency that is as well-equipped as NHTSA to investigate these claims, they will likely remain as such—inconclusive claims.

Should the motoring public be concerned about unintended acceleration? Certainly, but we should look at physical causes rather than be worried that our vehicle might lurch forward on its own due to a stuck throttle.

Make sure your floor mats cannot trap your accelerator pedal. Ideally there should be a peg or hook holding the mat so it cannot slide forward towards the pedals. Be aware of your vehicle’s operating instructions. It’s useful to remember that a car’s brake system, operating properly, can always overpower its engine. Use the brakes—at full force, when necessary. Shift to neutral if the engine starts revving uncontrollably. If your car uses an engine start-stop button, particularly a keyless type, know how to shut it down.

As for manufacturers, there is always room to improve safety. Floor mats with a safety hook should be standard, as should a shift lock for automatic transmissions. Many new vehicles still allow starting without the driver stepping on the brake pedal, allow starting in Neutral instead of Park, and allow shifting from Park without stepping on the brake pedal. Lack of such safety features will allow unintended acceleration due to driver error. And that can have serious consequences for life and limb.