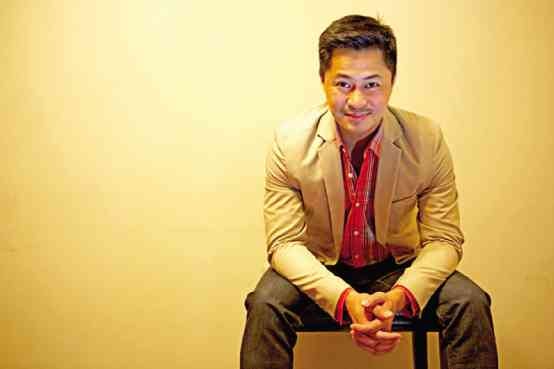 When was the last time you had an idea and made it happen?

Internationally known Beer Below Zero (BBZ) and the people who invented the revolutionary technology of cooling beer have been evoking this kind of question.

The story of BBZ, which in the last years had penetrated international markets, came from a basic idea that beer must be served at its coldest temperature. It later turned into a product—a beer freezer—now known around the world. And the company behind it would keep on growing and expanding.

Coming soon are a brewery of craft beers and a Beer Below Zero (BBZ) Bar in Makati City. 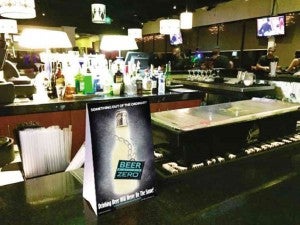 In an interview, Nuñez tells the Inquirer about the next endeavor of his group of companies in the coming months.

By the first week of April, a two-story bar called BBZ, culled from the brand Beer Below Zero that gave pride to the Philippines, will be opened to serve beer lovers.

You name it and the bar—a renovated building on the corner of Kalayaan Ave. and Rockwell Drive in Makati—will have it. Apart from the usual beers, the bar will also be serving coffee and ice cream with just the right amount of alcohol.

But more than that, Nuñez says, the company wants to focus on championing the Filipino culture and traits. The company even went on to claim that it would be “serving the coldest beer in town with the warmest hearts.”

The bar, Nuñez says, will showcase the unique Filipino culture.

“Filipinos are known to be warm and hospitable. We want to show this to the world,” he explains.

With the place serving mostly Filipino dishes, Nuñez and company hope to make an impression that anyone, even an entire family, can come over to hang out at the bar.

“It’s about time for us to be recognized for the positive attributes of being Filipinos,” he says.

Nuñez and his fellow “beertrepreneurs” are so devoted to the cause that he and his team, through the company Monkey Eagle Inc., now want to venture into brewery.

Nuñez says the main thrust of the brewery is to craft beer using ingredients found in the Philippines.

“A local flavor,” he quips.

While totally separate from the BBZ freezers, Nunez aims to put the company’s own label on the products.

“We are selling freezers for home use. When you sell freezers, you may as well supply your own beer,” he says.

The company presently has a 50-liter brewing system to test its craft beer recipes.

“We will start construction soon,” Nuñez says of the new brewery.

While having a few bottles of beer, the idea of BBZ struck Nuñez, who is part owner of Grilla Bar and Grill in Makati, and beer buddies Vinson CoSay and Jay-Jay Angala.

They then began to challenge each other: What is the best way to serve their beers cold, without freezing the bottles and breaking them?

For so many years, the trio had been complaining that their beers were not cold enough when served. They also noticed how many Filipino drinkers adopted the custom of pouring beer in a glass full of ice, essentially diluting the taste.

In 2008, they started making experiments. After eight months and a few broken bottles, they finally had it right.

After consulting refrigeration specialists and chemists, they came up with a technology that would cool the beer at a range of minus 8 degrees Celsius to 13 degrees.

Nuñez explains the simple science behind the BBZ freezers.

“It’s simple. This is your freezer and cooling comes from four sides. If you lay down the bottles, the cold of one bottle will transfer to the next until all of them are of the same temperature,” Nuñez says. Then, “you start shuffling bottles.”

About 80 percent of the materials used in manufacturing the freezers are imported from other countries. The units are assembled in a warehouse in Laguna.

In October last year, BBZ launched the technology in the mainland United States, after it became a hit in Guam, Hawaii, Thailand, Singapore, Hong Kong, Vietnam and Chile.

At present, BBZ has 1,500 outlets worldwide. In the Philippines, it has satellite offices in 10 areas including Boracay, Cebu, Bacolod, Palawan, Central Luzon, Davao and Metro Manila.

For its avid consumers, the company created a mobile application for Beer Below Zero to help them track stores and bars selling BBZ.

The app also features an “alcometer,” which tracks the user’s history of alcohol intake.

Vigis Ventures International Inc., the company that produces BBZ, successfully patented its invention last December. The company secured the patent for the industrial design and utility model of its product from the Intellectual Property Office of the Philippines.

The company made the move to protect its invention from copycats.

Since then, it has been trailing infringers, claiming to be BBZ or having the same technology of beer freezing.

In the last few years, BBZ has blazed the trail for would-be entrepreneurs in the country, setting a good example on how to successfully start a business and “think without a box.”

At a very early age, Nuñez already developed a keen business sense. He relates how, at the age of six, he asked his mother to give him comic books as a gift so he could rent them out to his playmates.

He has this to say to Filipinos wanting to be entrepreneurs.

“You have 24 hours in a day. You only need six to eight hours of sleep. Your day job requires you eight hours. You still have eight left. What will you do with that?” Nuñez says.