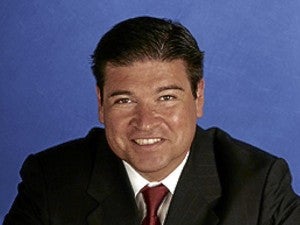 The outlook suggests robust growth  in the property sector during the last full year of President Aquino’s term, before businesses take a more cautious approach ahead of the election season in 2016.

CBRE Philippines chair and CEO Rick Santos said in a briefing Tuesday that the office sector, in particular, ended strong in 2014 and would likely post further gains in 2015.

“Even with the increase in rental rates across all business districts, the good news remains that investors are willing to pay for the quality and value that they can get in the Philippines,” Santos said.

Makati City will continue to lead in terms of office rates, with the average  central business district price  already hovering at P1,073 a square meter, followed by P848.34 a sqm in Fort Bonifacio and P650.5 a sqm in Pasay City, CBRE data showed.

“Makati rents seen to strengthen up to 2017 due to lack of new completion of Grade A buildings as vacancy levels seen to remain below 3 percent,” CBRE said. Santos noted that rental rates in Makati were expected to grow by between 5 percent and 15 percent in 2015.

John Corpus, CBRE director of corporate agency and brokerage, noted that the office segment was primarily driven by BPOs. The domestic BPO industry is worth an estimated $14 billion in terms of revenues last year and the figure is expected to hit $25 billion by 2016 and $48 billion by 2020, CBRE data showed.

“Philippine BPO expansion looks to be on an uphill climb for its 20-year run in Philippine real estate,” he said. “No end in sight for strong BPO demand in the Philippine commercial real estate sector.”

The retail segment is also expected to benefit from continued economic growth, given that the Philippines is driven by heavy consumer spending.

“The Philippine retail industry has great potential to be a major shopping haven in Asia,” he said.

Santos noted that the benefits were being felt in the tourism and gaming sectors, the latter mainly through the massive Entertainment City complex along Manila Bay.

“The gaming sector of the Philippines, when developed, is expected to rival that of Macau and other Asian countries,” Santos said, as he downplayed risks following China’s announcement that it would fight efforts by foreign casinos to lure Chinese customers.

Already, two out of four casino  projects have opened their doors in Entertainment City. These are  Enrique Razon Jr.’s Solaire Resort and Casino and City of Dreams Manila, a venture between billionaire Henry Sy and Macau’s Melco Crown Entertainment.

Read Next
Imports up 2.4% to $63.9B in 2014
EDITORS' PICK
IATF tightens border control, suspends entry of fully vaxxed nationals from ‘green’ countries
Villar Group gears up for AllValue Shopping Party on Dec. 3; around P 1-million promos and discounts up for grabs
Metro Manila to remain under COVID Alert Level 2 until December 15
Duterte open to making jabs mandatory; Cabinet mulls ‘pressuring’ the unvaccinated
Legarda: Ending Violence Against Women, a cause for all
A delightful blessing!
MOST READ
Quiboloy warns of ‘much worse than Omicron virus’ if his ‘persecution’ is not stopped
Omicron poses ‘very high’ global risk, countries must prepare–WHO
Bongbong Marcos’ conviction in tax case not a crime involving moral turpitude — lawyer
PH changes mind, stops entry of vaccinated tourists due to Omicron variant
Don't miss out on the latest news and information.