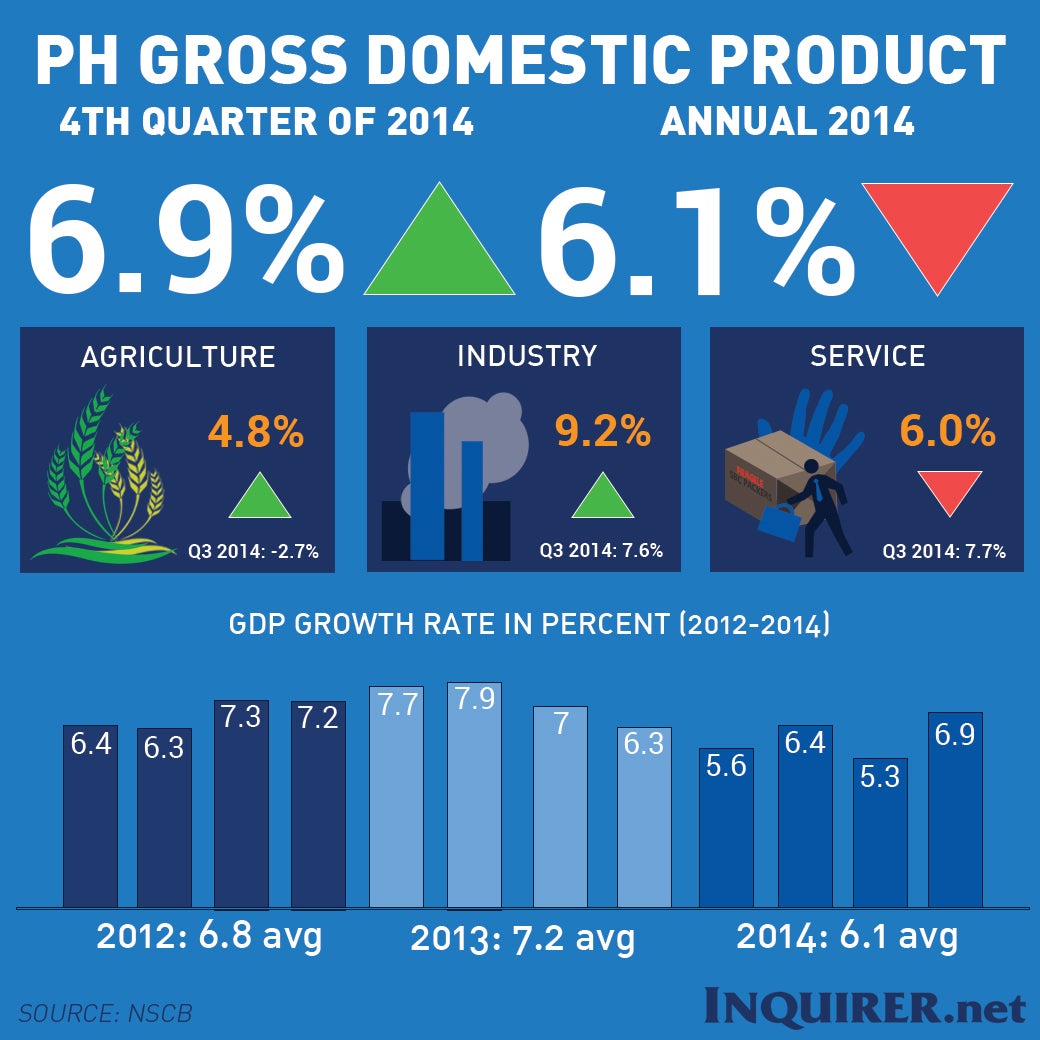 MANILA, Philippines — The Philippine economy grew by 6.1 percent in 2014, slower than the 7.2-percent expansion posted in 2013, the National Economic and Development Authority announced on Thursday.

The 2014 figure was below the government’s goal of 6.5-7.5 percent growth, but within the 6-7 percent range that economic managers had said was more “realistic.”

Economic growth during the October to December period was also higher than the dismal 5.3 percent registered in the third quarter.