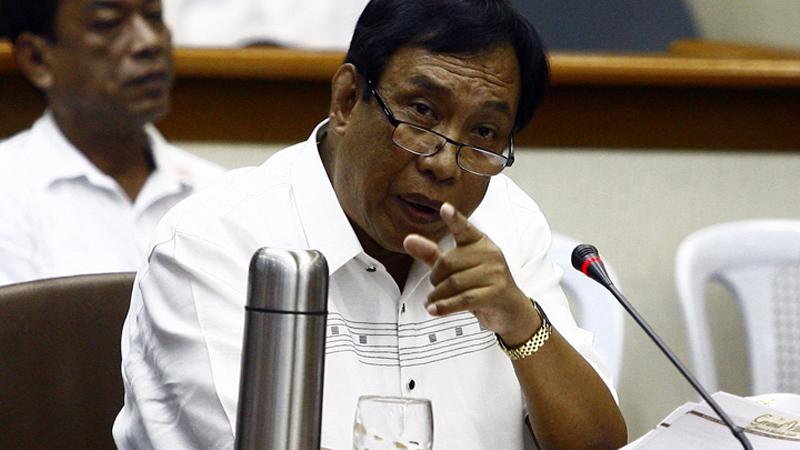 MANILA, Philippines–Property developer Alphaland Corp. on Tuesday made good on its threat and filed a P100-million damage suit against former Makati City Vice Mayor Ernesto Mercado for making “false accusations” of a sweetheart deal with Vice President Jejomar Binay and the Boy Scouts of the Philippines (BSP).

In a statement, Alphaland said that a criminal case for libel would also be filed against Mercado when Alphaland chair Roberto Ongpin, who is currently in South America, returns to the Philippines in about two weeks. Ongpin will need to personally swear to the complaint affidavit against Mercado.

According to Mercado, Binay—then the mayor of Makati and longtime president of the BSP—received a P200-million “kickback” from Alphaland in exchange for agreeing to a joint venture deal with the property firm using the Boy Scouts’ one-hectare property at the corner of Ayala Avenue Extension and Malugay Street.

Alphaland’s Makati Place project—which includes a sports club and a three-tower condominium complex—is now being built on the site and is approaching completion.

But Alphaland, through its president Mario Oreta, has strongly refuted Mercado’s allegations.

Oreta said the Alphaland-Boy Scouts deal over a one hectare property was entirely aboveboard.

He said the project was now worth more than P21 billion, suggesting that the 15-percent share of the BSP would now be worth about P3 billion or five times its original investment value of P600 million.

Oreta also alleged that it was actually Mercado who had hinted at “benefits” due him, adding that Mercado himself personally negotiated and signed the agreement with Alphaland.

“Alphaland is determined to ensure that Mercado will suffer the strongest penalties provided by law, both under civil and criminal proceedings, for making these malicious and baseless accusations, without any evidence whatsoever,” the company said.

Alphaland lamented being dragged into the “political circus” meant to derail Binay’s bid for the country’s top post. Binay has been leading in poll surveys, but allegations of corruption against him when he was still Makati City mayor have drastically eroded his lead.

Read Next
Imports up 2.8% in 11 months of 2014
EDITORS' PICK
Pre-order the new vivo Y20s [G] to get a free TWS earphone
In good spirits: SMDC helps farmers and residents through Kadiwa Market
DSWD chief admits ‘slow start’ in distribution of aid in ‘NCR Plus’
65% of Filipinos say Duterte’s health should be made public – SWS
Smart three-peats as country’s fastest mobile network – Ookla
Would the military allow me to stay this long if I’m inutile? – Duterte
MOST READ
Vico Sotto frets getting photos of ‘butt vaccination’ from Pasig dwellers
Metro Manila to have shortened curfew hours from 8 p.m. to 5 a.m. under MECQ
San Miguel Corp. continues to invest heavily in the Philippines’ future
COVID-hit Roque slams ‘un-Christian’ query on how fast he secured hospital bed
Don't miss out on the latest news and information.