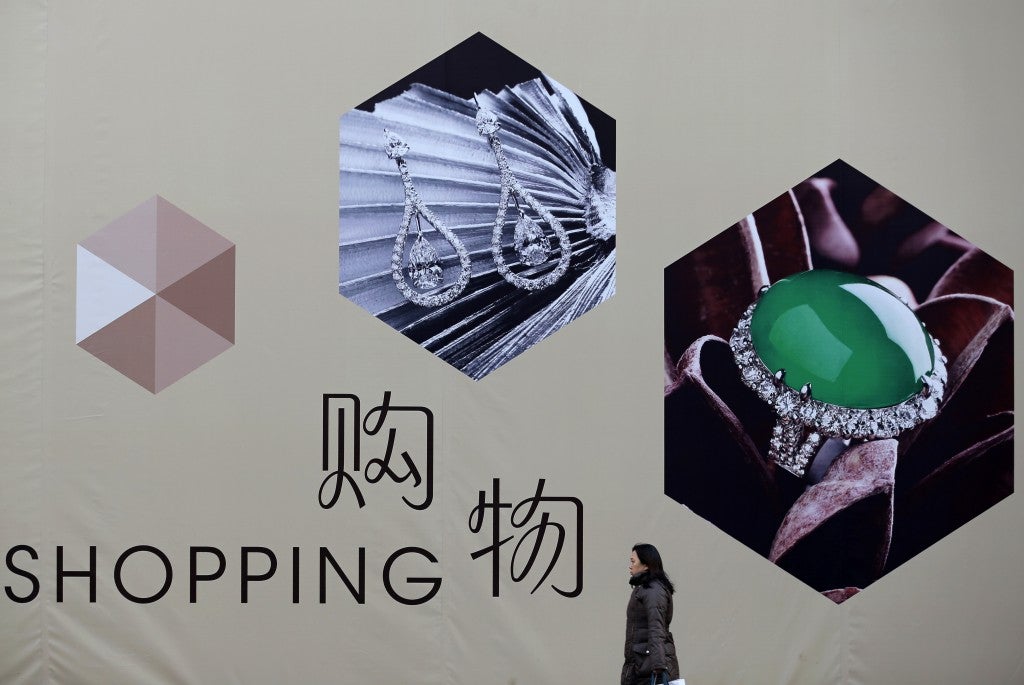 A woman walks by an advertisement billboard for a new shopping mall which is under construction in Beijing, China Tuesday, Jan. 20, 2015. AP

DAVOS, Switzerland — Global business leaders are very downbeat on the potential for economic growth in 2015, a closely watched survey said on Tuesday, bringing a gloomy start to the World Economic Forum in Davos.

In a Davos tradition, consulting group PwC surveyed 1,300 business leaders in the runup to the high altitude gabfest, and their responses fell in line with the International Monetary Fund, which on Tuesday slashed its world growth forecast for this year and next.

The poor outlook comes despite a sharp drop in oil prices and will weigh heavily as the world elite gather over the next four days in this Swiss Alps village.

French President Francois Hollande and German Chancellor Angela Merkel will be among the 2,500 prominent figures attending the meeting, along with Nobel laureates, top bankers and CEOs.

Asked how they saw the big economic picture at the start of the year, only 37 percent of the PwC respondents said they expected the economy to improve in the next 12 months, down from 44 percent a year ago.

Even worse, 17 percent of business leaders said the economy would turn for the worse in 2015, more than double the 7 percent last year.

For the first time in five years, the United States came ahead of China as the country respondents felt would best boost the world economy over the next 12 months.

As ever, over-regulation by governments was cited as the biggest barrier to growth, but cyber-security, the uncontrolled advance of technology and the lack of qualified talent also rose as worries.

The IMF on Tuesday sharply cut its 2015-2016 world growth forecast of only six months ago, despite hopes that lower oil prices would offset pervasive weaknesses around the globe.

The IMF said poorer prospects in China, Russia, the euro area and Japan will hold world GDP growth to just 3.5 percent this year and 3.7 percent in 2016.