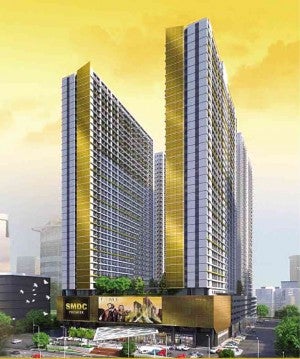 (First in a series)

Before 2014 came to an end, property experts cautioned developers to “focus on great concepts, be service-centric in the postsales process,” and for buyers “to learn about the prices of properties in different locations before deciding on a place.” It goes without saying, however, that developers and buyers are out to have some fun contributing their own share to a dynamic property sector that shows no slowdown in 2015.

Megaworld senior vice president for marketing Noli Hernandez said that “with the sales and development of our 50-hectare McKinley Hill winding down to its last few towers, our 35-hectare McKinley West promises to be our defining project for 2015. Strategically located between Forbes Park and McKinley Hill, McKinley West serves as the southern gateway of Fort Bonifacio, and will build upon Megaworld’s pioneering Live-Work-Play township concept.” Hernandez pointed out that Megaworld is the largest developer by land bank in Fort Bonifacio, with townships such as Forbestown Center, Uptown Bonifacio, McKinley Hill and now McKinley West.

He added: “With the subdivision component of McKinley West completely sold out immediately after launch, we have recently unveiled The St. Moritz Luxury Residential Estates, which is our first ultra high-end residential cluster in the township and which will soon be followed by other residential enclaves in the same category.” 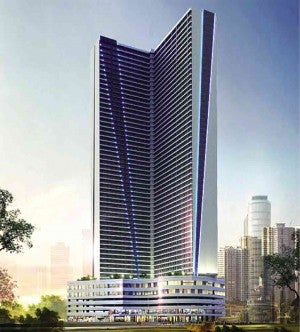 She explained that “these flagship projects represent the diverse product offerings of Century Properties Group for various price points and markets (from the luxury, middle income to the affordable markets): Positano and Miami towers of Azure Urban Resort Residences in Parañaque City (the fourth and fifth buildings after the first three buildings and Paris Beach Club were completed in 2013-2014); Niagara and Sutherland towers of Acqua Private Residences in Mandaluyong City (the first two of six towers within Acqua); Osmeña West tower at the Residences at Commonwealth in Quezon City (the first tower in an eight-building masterplanned development); and the Milano Residences (the fourth to rise at Century City, a 3.4-hectare integrated community of premium high rises, retail, office and medical outpatient building on Kalayaan Avenue in Makati City.

“Across all these markets, Century Properties has made sure to uphold the fundamental values and DNA of quality, pride of ownership and customer experience,” she said. 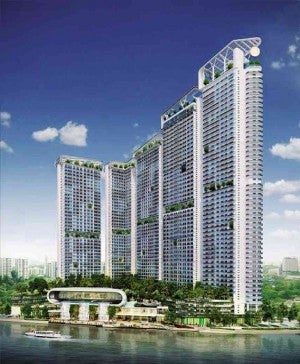 design brand Versace Home. Acqua Private Residences, targeting the middle-income market and up, is a tropical rainforest-infused development with a retail strip, a country club by the water and other rejuvenating water features, including three majestic waterfalls.

Yu also said that Azure Urban Resort Residences (targeting the affordable to mid markets) features a beach lifestyle concept that residents get to enjoy 365 days a year. It has an expansive manmade beach and resort facilities, plus a beach club designed by the international style icon, Paris Hilton.

Yu described the Residences at Commonwealth (targeting the affordable to mid market) as “a family-oriented community that nurtures the passions of its residents through holistic lifestyle amenities for the sporty and athletic (outdoor boot camp, sports courts), the artistic (arts and crafts studio and music room), the culinary-inclined (kitchen studio), and those who simply seek relaxation (water features and pools, movie theater).”

Not to be outdone, SMDC also revealed its own upcoming completed developments this year: Shore at MOA (Mall of Asia) grounds, Air in Makati, Fame in Mandaluyong, Trees in Fairview, Shine, Light, MPST, Jazz, Wind T4 and Mezza II. 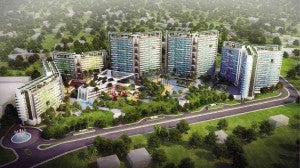 THE RESIDENCES at Commonwealth

“In 2015, approximately 12,000 units will be completed. Projects that will be completed are Shine, the last towers of Light and MPST, the remaining two towers of Jazz, Wind T4, and Mezza II among others. In addition to Shore and Air, another flagship project in 2014 is Trees, our MRB project in Fairview. The very strong sales registered by Trees in 2014 has encouraged us to launch more MRBs in 2015. Our flagship projects in 2015 are Air (Makati) and Fame (a four-tower complex in Mandaluyong) which are high-rise condominiums launched under SMDC Premier, and Cool Suites, which is a six-tower MRB complex located in Tagaytay,” said Banzon.