Port row: No ruling on ownership 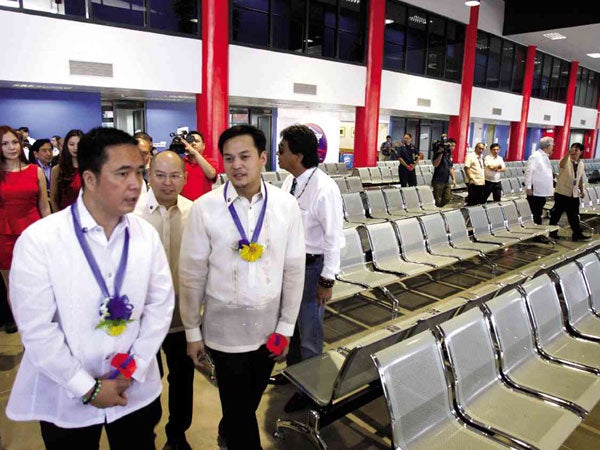 MANILA, Philippines–One Source Port Support Services Inc. has denied reports that the Court of Appeals has recognized the group of businessman Reghis Romero II as the controlling shareholder of Harbour Centre Port Terminal Inc. (HCPTI), as it stepped into a complex ownership row between Romero II and his son, Michael Romero.

One Source is a private company that was contracted by HCPTI, itself owned by a company called Harbour Center Port Holdings, to render port ancillary services and services management since January 2007.

In its statement on Tuesday, One Source noted that the listed Globalport 900 Inc., a company chaired and controlled by Michael Romero, owns 98 percent of Harbour Center Port Holdings, meaning that the younger Romero also controls HCPTI.

The statement was issued a day after Reghis Romero’s camp claimed the Court of Appeals had upheld its ownership of HCPTI.

It was not immediately clear how One Source is linked to Michael Romero’s port ownership interests. What appears clear is that the younger Romero and One Source are on the same side of the legal fence against Reghis Romero II, and his companies, R-II Holdings Inc. and R-II Builders Inc.

One Source also cited previous statements saying that the elder Romero in 2011 executed two separate deeds of assignment that paved the way for his divestment from HCPTI “and assigned his shareholdings in favor of Harbour Centre Port Holdings of son Michael”.

The shareholdings divested by the elder Romero represented a total of “68.11 percent of the total issued and outstanding stocks of HCPTI,” One Source said.

The Pasig Regional Trial Court last Dec. 18 issued a writ of preliminary injunction against the elder Romero’s group to “cease and desist from further disrupting and interfering with [One Source’s] peaceful management control, operations and possession” of the facility in Tondo, Manila.

Judge Rolando Mislang enjoined Romero and his two firms, R-II Builders and R-II Holdings, to stop misrepresenting themselves as owners of Harbor Centre.

But the lawyers of Romero II on Tuesday said that the special 6th Division of the appellate court had issued a 60-day temporary restraining order (TRO) dated Jan. 5 that stopped the Pasig judge’s decision.

They said Romero II’s group had posted an P8-million bond to make effective the TRO.

However, One Source president Cyrus Paul Valenzuela on Tuesday clarified that the TRO did not mean the appellate court had settled the ownership issue.

He said all that the court did was to stop for 60 days the implementation of One Source’s two contracts with Harbour Centre—the 2011 ancillary services contract and 2014 port management contract between the two firms.

“The Court of Appeals, in issuing the TRO, did not expressly, or even impliedly, affirm or confirm any purported ownership of R-II Builders, Inc. and R-II Holdings, Inc., companies owned and controlled by Mr. Reghis M. Romero II, at [HCPTI],” Valenzula said in a statement.

Valenzuela said the writ of preliminary injunction, which the Pasig regional trial court issued last year, “has not been superseded or overturned” by the appellate court’s decision.

He said R-II Builders, Inc. and R-II Holdings, Inc. had divested of their HCPTI shareholdings as early as March 2, 2011.

“This being the case, we respectfully submit and reiterate our position that the contracts entered into by HCPTI with our company cannot thus be unilaterally terminated by Mr. Reghis Romero II, acting as purported majority owner of HCPTI through companies owned and controlled by him,” Valenzuela said.