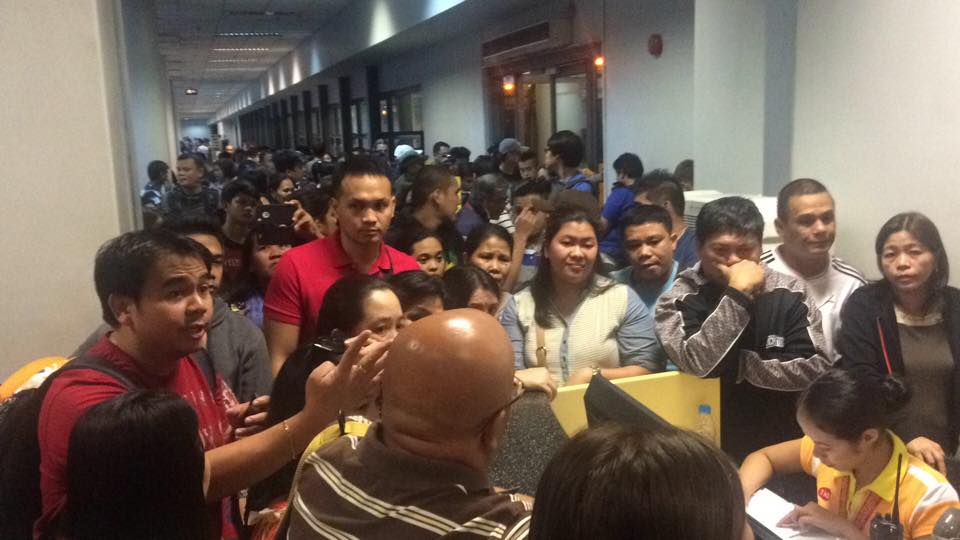 Victor Luciano, a director with the Civil Aeronautics Board, confirmed the fine on Monday, saying they found Cebu Pacific in violation of its certificate of public convenience and necessity.

The carrier, the biggest budget airline in the Philippines, could appeal the penalty, he said.

Luciano said the carrier, which handled more than half of all domestic flights, was fined based on the 10,400 passengers that were affected from December 23 to 26.

The fine of P5,000 “for each violation,” as prescribed under the Civil Aeronautics Act of the Philippines of 1952, was the basis of the penalty.

A Cebu Pacific spokesperson was not immediately able to comment on Monday although the carrier earlier said that the delays and cancellations were also caused by congestion and bad weather.

Naia, which has four passenger terminals, has already been facing congestion issues as it handles over 32 million passengers per year versus its capacity of just 30 million.

But the government decided that Cebu Pacific’s management was to blame.

“After considering all available data and arguments, the Board concluded that the main culprit was [Cebu Pacific’s] operational lapses and mishandling of passengers,” CAB executive director Carmelo Arcilla said in a text message.

“The Board also required [Cebu Pacific] to establish and maintain appropriate service standards for all its personnel, organic and out-sourced, especially those manning the check-in counters,” he added.

Other government agencies involved in the decision were the Civil Aviation Authority of the Philippines and the Manila International Airport Authority.

Cebu Pacific, a subsidiary of Gokongwei-led JG Summit Holdings Inc., is the only profitable domestic carrier operating today and is largely credited with bringing down the overall cost of air travel in the Philippines.

Its latest financial statement showed that it booked P2.08 billion in profit, up more than three times, in the nine months through September 2014 as more people flew and as it booked lower foreign exchange losses.

“I think we should get back to the old Civil Aeronautics Act, which was approved in the 1950s,” Abaya added.

He likewise reiterated his stance that regulators should look into the overbooking policy of airlines, which is currently allowed.

“Maybe we should step in with regard to overbooking,” the senior government official said.