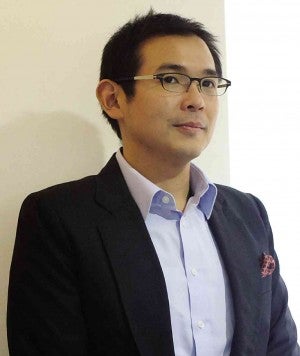 MANILA, Philippines–Tambio is an idea born out of a need— the need to fill out 37 tickets for a raffle draw.

Kenneth Morgan Nieto, an advertising executive and a businessman, had that lightbulb moment when he was unable to finish filling out the raffle tickets he earned for a purchase.

Nieto and his business partner, May Montero, decided to pitch the solution to Philippine incubator IdeaSpace.

Tambio is one of the 10 finalists in last year’s national startup competition. Nieto developed the app because no programmer would buy the practicality of what he had in mind. He started from scratch utilizing available resources in the Internet, unlearned some old business habits, learned new things, and embraced the theory of “failing forward.”

Tambio is a mobile device app that consolidates all raffle promos in one place. Its difference from electronic raffles is that it has a printout of the raffle stub. So far, Tambio has been successful in raffles during events and Nieto is now working on meeting the demands of commercial raffle draws.

IdeaSpace is again opening up its doors to startups like Tambio, those with “ideas that are going to address a need and have an impact to society.”

Now in the third year of its five-year investment commitment, the IdeaSpace Startup Competition will be accepting entries until Jan. 15. The initiative has a P500-million funding to be used within five years.

Marthyn Cuan, vice president of IdeaSpace, says that they want to be as open as possible when it comes to the ideas that startups would pitch this year.

“We don’t want to limit how we judge or how we select,” he says.

However, Cuan reveals that they would be watching more “maturity in ideas.”

“I think the bar rises every year,” he says. 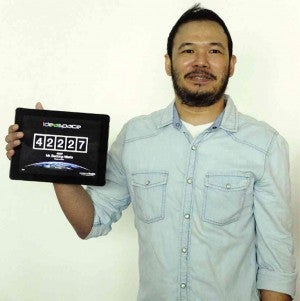 While the number of entries are increasing, IdeaSpace also wants to see more refined and well-thought out pitches. They don’t necessarily have to come in the form of apps. They could be something as practical and useful as the three-fold bicycle developed by a company called Nyfti.

At present, the Philippine startup community is still fairly new for an average success rate to emerge. But Cuan says that from hundreds of pitches, they choose the top 20 and invest in the top 10. Many of them successfully completes the process, while others “opt to defer” operations for various reasons.

Cuan says that startups can be considered successful when they get follow-on funding, “not necessarily from us” but even from other investors.

But what would inspire other startups to move forward? “More success stories,” Cuan says.

He says that while the Filipino youth have now become risk takers, although some may lack the perseverance and still “need to let go of the fear.”

Nonetheless, investors are providing young entrepreneurs the funding, the time and the space for their adventures to grow.

“It takes a lot of effort to have the staying power,” he says.

Aside from Tambio, other startups that grew in IdeaSpace include TimeFree Innovations, which is a virtual queuing startup that successfully deployed its solution in other countries outside the Philippines, most recently in Malaysia.

There is also Tudlo, which focuses on providing mobile tools for disaster preparedness and mitigation, and has recently been invited to the Future Innovators Summit in Austria.

Another IdeaSpace-backed startup is SALt (Sustainable Alternative Lighting), which developed a saltwater-powered lamp and mobile charger, and emerged as the only Asian startup to place in the top five out of participants from 50 countries at the World Startup Competition.

IdeaSpace is optimistic that the Asean economic integration this year will provide an avenue for the startups to break into the international arena.

“[Asean] integration is a double-edged sword,” Cuan says. “What we can do is set up our startup presence in other countries. It’s not just listening but ensuring that we make the connection. Eventually, incubators will have to partner with each other to reciprocate the benefits. Our startups here can work in their facilities and vice versa. It’s not really protecting but preparing them and getting them ready [for the world].

This year’s competition will see the top 20 ideas officially entering IdeaSpace’s six-week incubation phase after three rounds of judging. Each startup will receive a P50,000 grant for prototype development, presentation materials and customer validation, among others.

After the incubation phase, the IdeaSpace board of trustees will select the top 10 startups that will enter the acceleration phase, an intensive 18-week program that will help each startup develop their products, set up their corporation and business permits, and conduct market validation.

Applications are available at via apply.ideaspacefoundation.org.