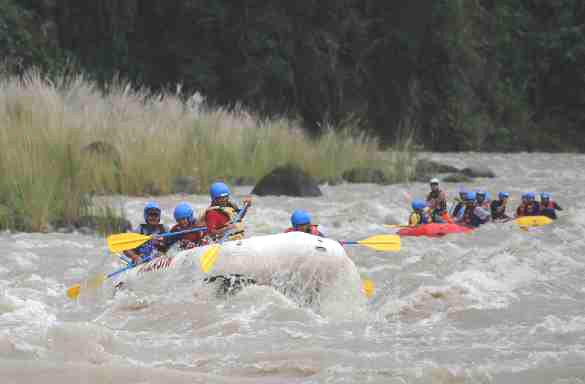 TABUK CITY—Kalinga tourism brochures market the province as a destination for ink (indigenous tattooing), rafting (the Chico River white water rafting) and climbing (the province’s mountain vistas) that has attracted up to 40,000 visitors to Tabuk, one of the country’s youngest cities.

This gradual improvement in tourism since 2001 has encouraged investors to develop a complementary hotel business for Tabuk, which became a city in 2007, having already been the province’s capital since the 1960s.

Despite a 12-hour trip from Metro Manila, this city has served as the gateway to Kalinga’s myriad towns and cultures since its original settlers named it “Tobog,” or living stream.

But tourism is a fairly new trade here.

The province has been a major rice producer in the Cordillera region and Tabuk, for the most part, has had an agriculture-based economy, according to the city’s tourism development plan covering 2013 to 2016.

For a time, the province also had to fend off a disparaging reputation for violence and conflict, due to accounts of bitter feuds among tribes or clans that took place decades ago.

“Kalinga used to be described by outsiders as a violent community, but people who made the effort to visit Tabuk have been returning again and again once they realized that this characterization of the province was not true,” said Ben Chan, owner of the Grand Zion Garden Resort and Hotel, which opened in 2009.

Chan, one of the city’s big investors, said the frequency of repeat tourists was good reason for building Tabuk’s lodging business.

At present, 15 lodging establishments serve visitors. Four of these are accredited by the Department of Tourism (DOT).

“But I project that the growth of tourism would be phenomenal enough to justify the growth of a much bigger hotel trade in the city,” said Chan.

His 19-room Grand Zion Garden in Barangay Bulanao, which used to host small shops, grassland and fishponds, is one of three high-end hotels and resorts operating in Tabuk.

Chan said most tourists come to have their batok (indigenous tattooing) done by Kalinga’s mambabatok (tattoo artist), Whang-Od of Barangay Buscalan in Tinglayan town, or for some adventure riding the rough Chico River.

According to the city’s tourism office, visitor arrivals peaked at 40,339 in 2007 when Tabuk became a city. “In the following years, however, arrivals declined. In terms of foreign tourists, the biggest markets are from the United States, France and the United Kingdom [which represented] 75 percent of foreign tourist arrivals in 2011. American tourists accounted for nearly a third of foreign arrivals,” the tourism office said.

Tabuk’s tourism plan emphasizes authenticity as a driving force behind its promotional campaign to market a Chico River Community Life Tour, combining the popular white water rafting and a cultural tour of the villages along the river.

The tour includes a visit to the Naneng Village where old weavers still practice their craft.

It said: “Even with only white water rafting as the main attraction, Tabuk was able to generate this much arrivals in 2010. The development and promotion of adventure and eco-tourism destinations, specifically, at the western district and along the Chico River tourism corridor, will make the targets viable and attainable.”

In 2015, the tourism office said, the number of rooms required is estimated at 326 with an average occupancy rate of 45 percent [up from the current] 163 rooms.

“This means business opportunity for hoteliers to expand their present capacities or the opening up of new hotels within the city,” it said, adding that the new establishments are expected to create 652 new jobs. 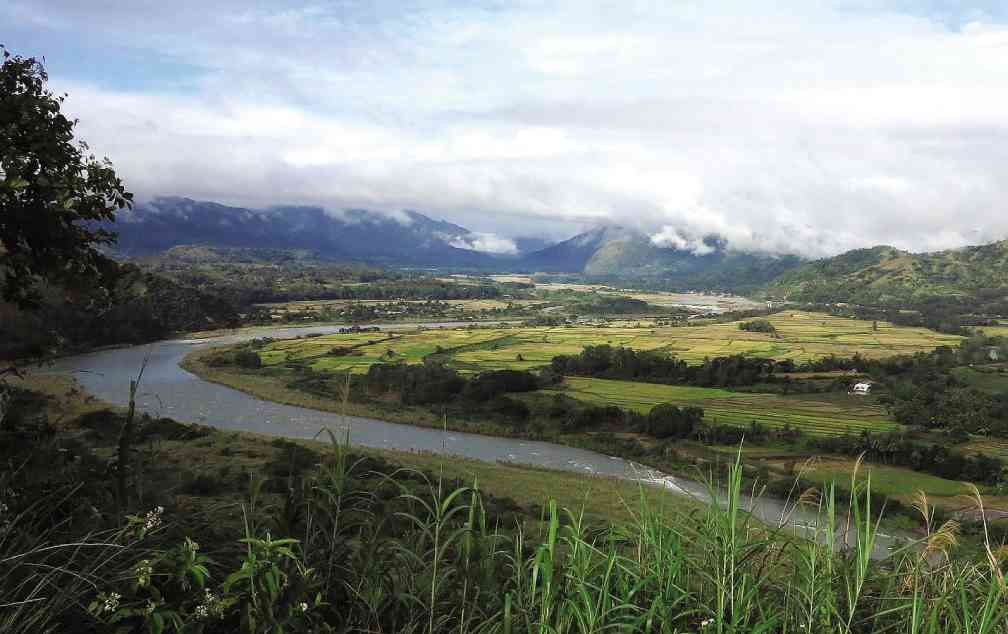 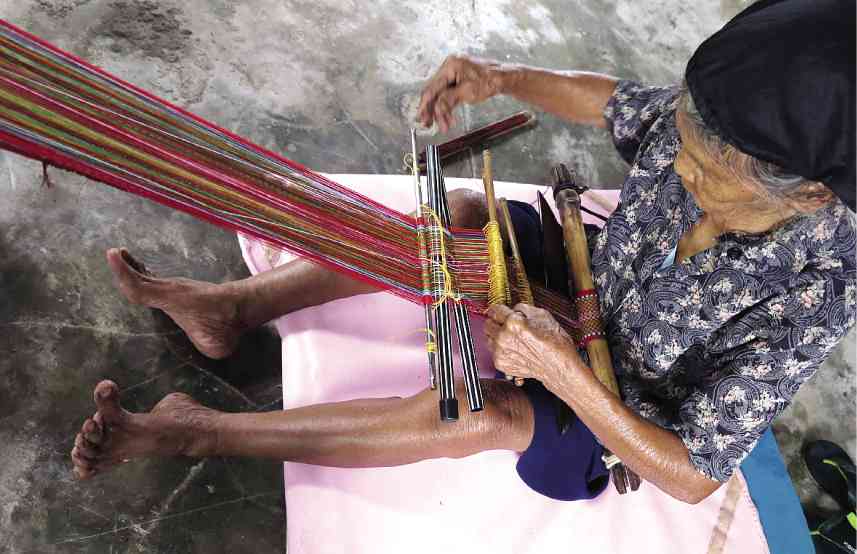 WEAVING is one of the Naneng community’s economic assets and is showcased in the Naneng Community Life Tour. AURORA and Ben Chan own the Grand Zion Garden Resort and Hotel in Tabuk City. 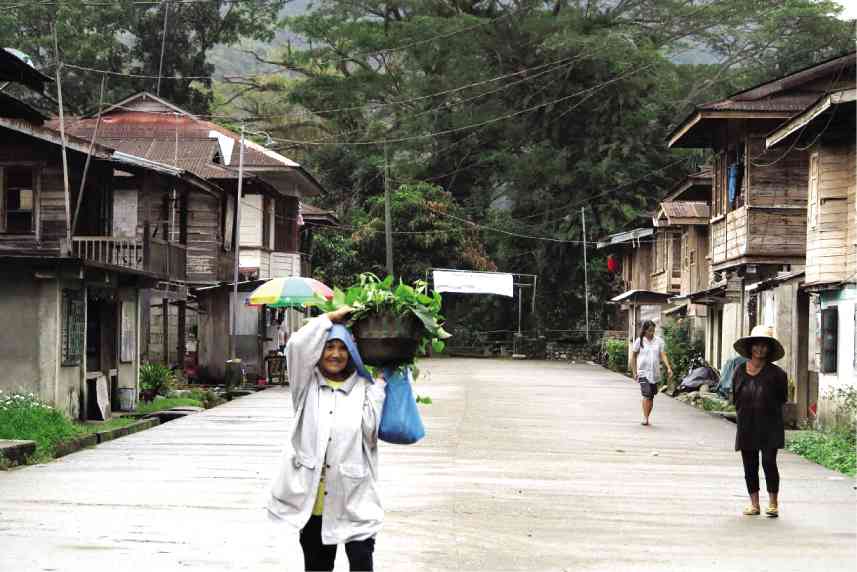 NANENG Village is now open to tourists who are interested to see its weavers, rice producers and dancers. 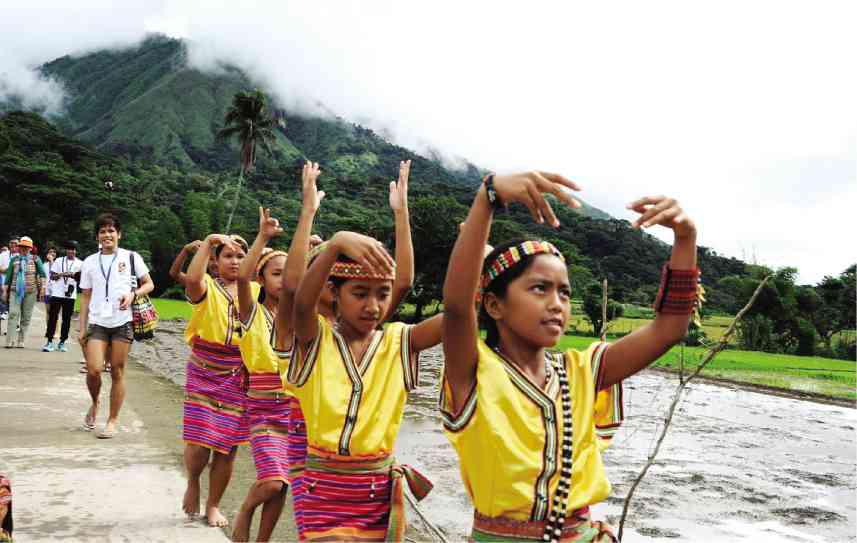