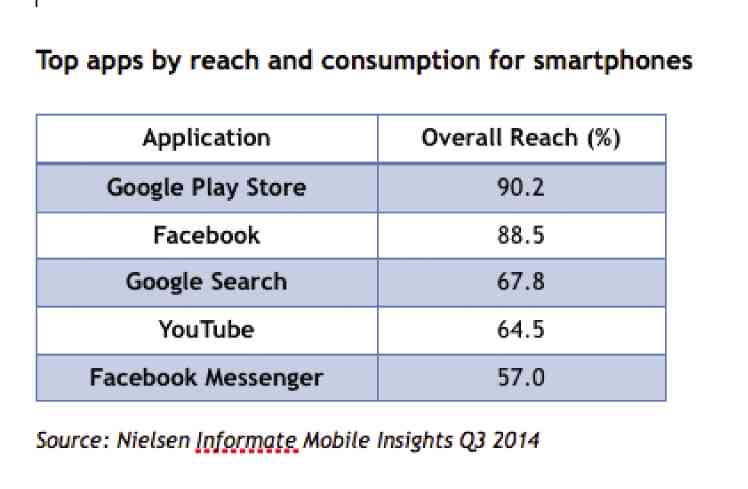 Over a tenth of a typical Filipino smartphone user’s time each day is spent staring at his mobile device.

Taking out of the equation the time spent sleeping, that figure rises to almost one-fifth of an average Filipino’s waking hours used staring at an Internet-connected mobile device.

According to a new study released by Nielsen Philippines, Filipino users spend an average of 174 minutes each day online—nearly three hours—through their smartphones.

At the same time, the international media and consumer research firm revealed that three out of four Filipinos who own smartphones now use them as their main access point to the Internet, pointing to the growing influence that these mobile devices have over online activities previously reserved for desktop and laptop computers.

In its Evolving Digital Consumer report, Nielsen said that Filipino smartphone users’ digital lives revolved mainly around entertainment, which takes up an average of 78 minutes per day among local users.

“The media landscape is transforming exponentially with more consumers getting savvy and sophisticated with how they access content,” Nielsen Philippines executive director Carlo Santos said in a statement.

As such, companies seeking to do business with consumers were urged to recognize this growing trend.

“As we have more consumers connecting to the Internet with more frequency, with longer duration, and through various portable devices, marketers have to consider how to tap into this opportunity to engage with the evolving consumer,” he said.

Because Filipino users were partial toward entertainment-oriented activities on their smartphones, Nielsen said that the Google Play Store—an online marketplace from where various apps are sourced—had the largest overall reach of 90 percent among local users.

Filipinos spent an average of two minutes per day using this app.

But when it came to the time spent per app, Facebook remained on top of the heap with an overall reach of 89 percent and an average usage of 37 minutes per day per smartphone user.

Nielsen pointed out that mobile device ownership in the Philippines is showing sustained growth with smartphone ownership reaching 34 percent in 2014, or over a third of the local population.

This is more than double the ownership level registered in 2013, while tablet ownership is at 8 percent in 2014 compared to 5 percent last year.

Propelling the upsurge of smartphone ownership is the availability of more affordable handsets.

“In the Philippines, there are about 50 brands available in the market due to the penetration of manufacturers from China and India as well as the growing number of local brands,” Santos said.   “The accessibility and affordability of mobile devices give more options for the consumers, including the younger set.”

The report also reveals that nine in 10 tablet owners used their devices at home, accessing the Internet through a wi-fi connection.

“While the homes used to be the turf of television, tablets and smartphones are swiftly encroaching on the territory,” Santos said. “To stay relevant to the consumers, TV and the brands that advertise in this medium must think beyond traditional programming and integrate digital strategies.”

As such, advertisers must now think differently when it comes to smartphone and tablet advertising.

“Effective engagement entails more than awareness of the brand,” Santos said. “Brands must thoroughly think about their digital strategies. Smartphone owners are a captive audience, spending an average of 174 minutes a day on their smartphones which makes smartphones a good channel to reach consumers. However, for consumers to pay attention to the ad, it has to be different from what they usually see.”