EO on coco levy funds up for Aquino’s signature 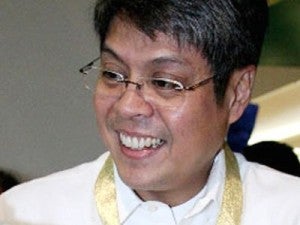 MANILA, Philippines — An executive order detailing how coconut farmers will benefit from some P72 billion in taxes levied on them by the Marcos regime 40 years ago is now awaiting President Aquino’s signature.

The order, which would be issued pending the passage of a law on the disposition of the coco levy funds, is expected anytime soon after the Supreme Court granted the government’s request for a partial entry of judgment.

Secretary Francis Pangilinan, presidential assistant on food security and agricultural modernization, described the ruling as the “final dot on the long-drawn legal battle for justice for our coconut farmers spanning over four decades.”

“It finally allows the use of the funds for the benefit of the farmers who, through blood, sweat and tears, contributed to the fund,” he told the Philippine Daily Inquirer in a text message.

“Now the arena of battle is in ensuring that the funds are put to good use in developing coco enterprises that will increase the incomes and productivity of our coco farmers.”

Pangilinan could not say whether the EO would be issued within the year, promising only that “we will try our best to have [it] out at the soonest possible time.”

“I cannot say for certain when the EO will be signed but I don’t think it will take long,” he said.

He said the government had been working on the draft since July this year and has been turned over for review by the office of Executive Secretary Paquito Ochoa Jr.

The partial entry of judgment covers 753,848,312 shares in the San Miguel Corp. (SMC), which were bought using coco levy funds. Four percent of the 31-percent block of shares are still the subject of litigation.

Pangilinan said the EO would contain a provision that the principal amount of P72 billion in coco levy funds “will not be touched.” Instead, he said only P3 billion in interest income “will be made immediately available pending the passage of the law.”

In a dialogue with coco farmers last Nov. 26, the President said crafting a law outlining how the coco levy funds would be used was “the best course of action.”

“This would ensure that the next generation would enjoy the benefits brought by the coco levy fund and we would be spared from any legal obstacle in the future,” he told members of Kilus Magniniyog (Move Coconut Farmers).

Pangilinan said the EO would also state that the principal coco levy fund and its interest income would be separate from the annual budget of the Philippine Coconut Authority.

He said the funds would also be spent on “village-based coco enterprise development.”

The EO is expected to reflect the same demands made by coco farmers who marched around 1,700 kilometers from Davao City to Manila last month to drum up support for their plight.

In response, Aquino vowed that the coco farmers had the government’s “full support and we are on your side.”

“May you continue to trust [the government]. Help us in the struggle to achieve our singular objective for coconut farmers and the rest of the Philippines,” he said.