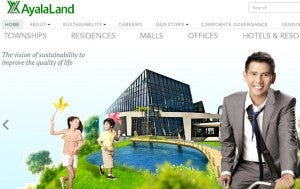 In a letter to BHI shareholders which was disclosed to the Philippine Stock Exchange on Tuesday, BHI chair, president and chief executive officer Jose Marcel Panlilio said the company had received a new offer from ALI to get “a large chunk of Puerto, even a thousand hectares,” adding that the property giant had prepared funds for the acquisition.

Quoting the new offer from ALI, the BHI disclosure said it was indicated that “maybe this time they (ALI) can offer to buy the whole thing.”

BHI suggested that its manager was skeptical about ALI’s offer to buy the whole thing when the latter could not even wrap up the 300 to 400 hectares of land covered by earlier discussions.

The letter suggested that ALI’s previous bid for Puerto Azul did not progress because some P7 billion in investment originally earmarked for this had been moved to another estate being developed by the Ayalas in Porac City.

Panlilio said the BHI board thus suggested that they should finish discussions on the original 300 to 400 hectare landbank first, “whether it be in the original area or not.” Afterward, he said BHI could work on another property deal covering 600 hectares.

“The price and terms are different from 2.5 years ago, because things have gone up,” Panlilio said.

ALI earlier offered to buy some P2.3 billion worth of Puerto Azul landbank from BHI, based on earlier reports. The plan was to develop a high-end, mixed-used community using the Ayala Land Premier brand.

It was also earlier reported that another property developer, Lopez-led Rockwell Land Corp., was also interested in getting a piece of the Puerto Azul estate.

BHI has long been scouting for a new investor to unlock values out of the Panlilios’ 3,000-hectare beachfront landbank in Cavite.