Former KFC worker winds up becoming a billionaire in IT 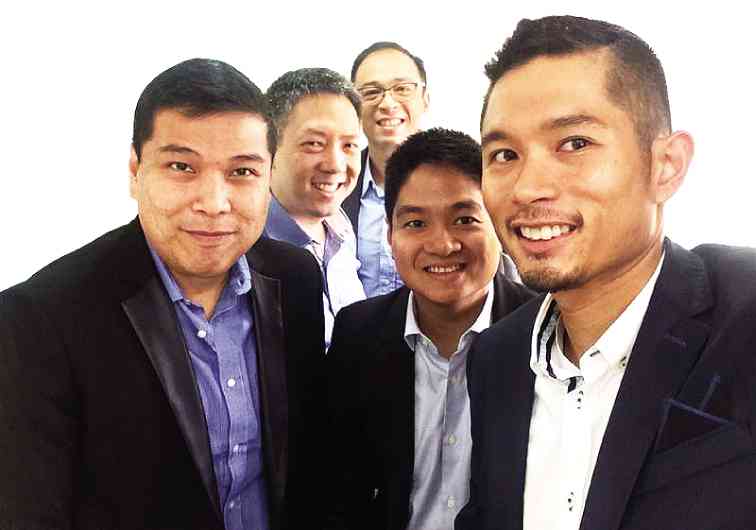 He was the average guy, the odd man out in a family of overachievers, as far as academics are concerned.

As a fresh graduate from the Ateneo de Manila University in 1998, Nico Jose “Nix” Nolledo had a tough time looking for a job partly because of the Asian currency crisis that erupted the year before. He combed every office building lining the stretch of Ayala Avenue to submit his resume and apply for a job. He was eventually hired as an assistant manager at KFC, and initially assigned at the SM North Edsa outlet.

Nix has gone a long way since his KFC days. He is now one of the most successful technopreneurs in the country, being chair, president and CEO of mobile content provider Xurpas Inc.

Nix attributes his transformation to a combination of “guts, passion and acumen.”

Although he couldn’t write a single program, he appreciated information technology and saw the opportunities in the IT space. He took advantage of the low barriers to enter into this space and built a thriving business around it.

When he cofounded Xurpas with Raymond Gerard Racaza and Fernando Jude Garcia 13 years ago, it was a bet on a mobile future for consumers, riding on the explosion of Internet connectivity and mobile phone use.

That proved to be a smart bet. Nolledo, Racaza and Garcia—two in their late 30s and one in his early 40s—are now among the rare breed of self-made billionaires in the country.

On Dec. 2, they will officially join the “billionaires’ club” when Xurpas makes it debut on the Philippine Stock Exchange.

With Xurpas’ market capitalization of P6.8 billion, each of them will get a 26-percent stake, or about P1.77 billion worth of shares.

With the proceeds from the public offering, the company that was put up with P62,500 in seed capital years ago plans to further spread its wings and tap opportunities in other countries in Southeast Asia, particularly Indonesia, Bangladesh and Thailand.

Xurpas is a technology company specializing in the creation and development of digital products and services for mobile users. Its portfolio includes online casual games, messaging and the so-called social discovery applications, as well as call/SMS/data bundles, peer to peer mobile airtime credit transfers and mobile commerce.

In the first half of the year, about 82 percent of its business was generated from the consumer segment, where it served about four million customers. The rest came from enterprises.

The tech stocks are now back in flavor in the global markets. What’s different now from the dotcom bubble in the late 1990s to early 2000s is that the world now has the data to make better decisions and distinguish which companies are durable or not.

Nolledo is very bullish on the mobile content business because the cost of access to the Internet has gone down and that mobile phones have become affordable to a greater number of people.

“The phone becomes the template by which people experience the world. We want to be there for the mobile consumer,” he says.

Explaining the business model in simple terms, Nolledo says that Xurpas is like a Unilever or a P&G, which manufactures fast-moving consumer goods, builds a brand, advertises and then sells to consumers who will use the product. If these consumers like the product, they will tell their friends.

“In the mobile device, you can discover, purchase, consume and evangelize content on a single device which you carry wherever you go. Imagine surfing Facebook on the phone and there’s an ad for a game that you may be interested in. You click on it, pay for it with prepaid load, download it using your phone and, if you like it, you can share it with your network of friends on Facebook. These all happen within five to eight minutes. So we’re like a superstore that never runs out of inventory. The margins are very high because it (content) can be distributed instantly to consumers,” he says.

But in an emerging market like the Philippines, he says, prepaid load is the most widely distributed currency next to cash. This is why Xurpas is focused on affordable products such as selling games with very simple mechanics that kids will enjoy. The casual games business is the largest revenue-making unit of Xurpas.

Nolledo notes that, in the last quarter, “one game of Candy Crush had outsold all games of Nintendo combined.” This, he says, marks the “changing of the guards” in gaming.

While in the past, only teenagers appreciated RPG (role-playing games) in personal computers, today, there are a wide array of games with simple mechanics that can be enjoyed by a greater number of people.

In the case of Jollibee, Xurpas once did a mobile marketing promotion called “Jollibee Be Happy” in partnership with Coca-Cola.

Nolledo comes from a family with high academic accomplishments. His father, constitutionalist Jose Nolledo, is a bar topnotcher who wrote the book on the Constitution that law schools use. His mother, Mercedita Nolledo, is a CPA-lawyer and a topnotcher in both CPA board and bar exams and was a board member of Ayala Corp. for a long time. His older brother, Michael, now a doctor based in the United States, topped the UP College Admission Test of his batch and gained a slot at UP’s accelerated medicine program IntarMed (Integrated Liberal Arts and Medicine).

In school, Nix was originally in Ateneo’s Business Management Honors program but was later kicked out the honors’ class.

“I wasn’t a problem child, but I never really excelled outside of ping pong,” he says.

In his junior year in college, he was already trying different businesses, knowing that entrepreneurship was the suitable path for him. This was his realization as he struggled to compete with a number of brilliant young people in the honors class.

“I was already projecting forward. For me, corporate life is like a bigger school. True or not, my perception is that, if I will be evaluated in the same way I was evaluated in my academic performance in school, those other guys are going to outdo me in my professional life,” he says.

During his college years, Nix had a cafeteria in Elizabeth Seaton School and a PlayStation arcade in BF Homes, but had difficulty balancing school with business. He was renting an apartment on Esteban Abada near Ateneo, waking up every day at 4 a.m. to drive to a market in Las Piñas to buy materials for the cafeteria. After ensuring that everything in the cafeteria was in order, he would drive back to Quezon City to attend his classes.

The tedious schedule and his loads in school didn’t allow him to succeed in his initial business ventures. These businesses were already closed by the time he graduated from college.

Then the job hunting started. He literally walked the entire stretch of Ayala Avenue, going from one company to another to submit his resume. When he couldn’t find a job in these offices, he started applying at restaurants, thinking that one couldn’t go wrong with food and he was accepted at KFC.

It was during his stint with KFC when he overheard his parents talking about him, taking pity on him. It was especially heart-breaking when he told his father he would not proceed to law school as they had wished him to do.

It was his brother, who was already living in the United States and practicing Medicine, who gave Nix the idea to put up an Internet-based message board, a forum where people of common interests can meet and talk.

The idea of creating a community and segments of the community on the basis of areas of interest paved the way for the establishment of Pinoyexchange.com. Its first template was designed on a powerpoint, because Nolledo was no programmer.

In the early days, he would have multiple usernames and talk to himself online, plead to people to visit the site just to initiate the use of the forum.

Pinoyexchange.com got its big break when it created a forum on UAAP. He tapped his cousin, Jude—then a courtside reporter to announce during the games’ half-time breaks that Pinoyexchange.com was open for the audience’s comments and thoughts.

“Tell us what you think of this game, log on to Pinoyexchange.com.” With this invitation aired by Jude during the UAAP half-time breaks, traffic grew exponentially.

“I remember two instances that really opened my eyes to the potential of the Internet. One was: I was sitting in an Internet cafe and the person beside me was surfing PinoyExchange. I had goosebumps and couldn’t concentrate on my monitor,” Nolledo says.

“Another is the growing list of registered users. When I saw that we hit 20,000 unique visitors per month, I imagined: That’s Araneta Coliseum full of people whom I touched even if they don’t know me. That’s something that blew my mind: that I could create something that 20,000 people liked. That’s when I saw the potential of the Internet,” he said.

But for lack of money and with the cost of hosting rising, Nix couldn’t support the exponential growth of his venture. Thus, when the Ayala group’s Internet investment arm i-Ayala approached him to offer to invest in PinoyExchange, he agreed and immediately signed a deal with the company.

After being integrated into the Ayala group, he saw research reports that estimated that cellphones had outnumbered PCs at a ratio of three to one. This prompted Nix to request to be transferred to the wireless solutions department. Because the cost per unit of a cellphone is much cheaper than the PC or the laptop, he foresaw the explosion in mobile Internet usage and the big business it would bring to companies developing mobile content.

With that vision, he left i-Ayala to put up Xurpas.

After its initial public offering of P1.36 billion, Xurpas is listing on the Philippine Stock Exchange on Dec. 2, deemed as a play on the explosion of mobile Internet.

“The pace of innovation is growing really fast. We really need to build a bigger footprint. Southeast Asia is emerging. We need to expand our product portfolio, and the time is now, ” says Nolledo.

What else does he intend to accomplish? Nix recently posted on Facebook that he was helping his 9-year-old son set up his first online store. That’s starting the next generation early.