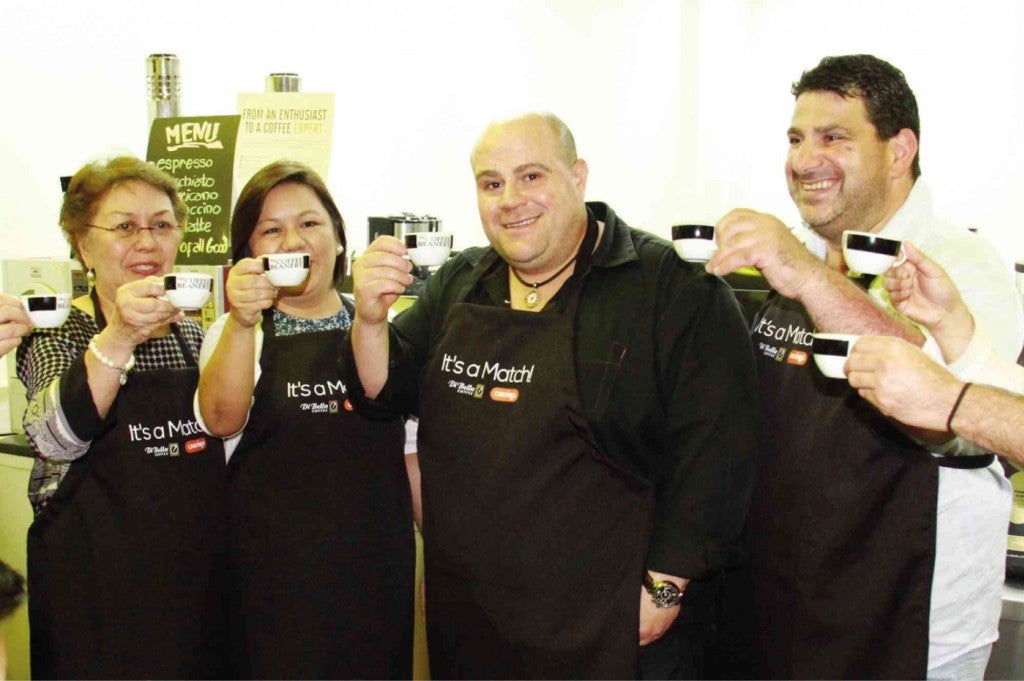 The partnership that brought coffee’s gold standard to the country sounds like a love story, with the Philippines’ The Cravings Group (TCG) and Australia’s Di Bella Coffee (DBC) announcing “it’s a match.”

“We had very similar beginnings. [Phillip Di Bella] started from the garage of his house in Brisbane, roasting coffee,” said TCG CEO Marinela G. Trinidad during the announcement at Cravings Center on Oct. 28.

TCG began in 1988 as a small bakeshop on Katipunan Avenue. It was owned by Trinidad and mother Susana P. Guerrero.

“Something happened that day … that started the thought process. Then, fast forward, this is where we are now,” said Di Bella.

“The reason we were able to make this happen very quickly and very effectively is that the cultures are identical. The backbone of our success is our people. What makes this unique with Cravings is, [they] understand the same philosophy,” said Di Bella, referring to the culinary experience.

Di Bella’s DBC has been using the “crop to cup” philosophy since it began in 2002.

It is understanding the people involved in the coffee industry, instead of just the coffee bean, he explained.

“We’re making people understand that coffee from crop to cup is the best coffee that you can get.”

His philosophy is not fruitless. He earned Ernst & Young’s Young Entrepreneur of the Year Award in 2008. He ranks 19th on the BRW Young Rich list, which traces wealth among rich Australians aged 40 and below.

DBC is growing in Asia. It has recently announced expansion plans in India with 50 new locations. It also launched stores in Indonesia and Singapore.

DBC is a green company like TCG, the only one in the Philippine food industry with an ISO 14001:2004 for its environment management system.

Both companies also educate stakeholders. TCG offers courses while DBC is willing to teach its farmers, baristas and customers about coffee.

These are the reasons there is no termination clause in the partnership, Magtibay said. “It’s an open relationship … It’s built on trust.”

As the local pioneer in brewing coffee and among the first to use latte art here, TCG will require its baristas to undergo DBC training. The partnership also includes establishing plantations in the southern Philippines to ease the longstanding demand-supply gap in the local coffee industry.

Also, DBC will lend manpower here to fix machines and teach best practices in the workplace. It will introduce coffee flavors like salty caramel, tofi and hazelnut to address the Filipino’s love for milk-based coffee, Di Bella said.

“We are proud of being associated,” he said. “We’ve got a lot of work to do. My team is going to work very, very hard to make Cravings the No. 1 coffee in the Philippines.”