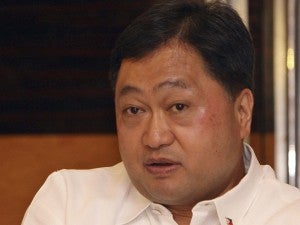 MANILA, Philippines—More stringent requirements for getting tax credit certificates (TCCs) have led to calls for the resignation of the new head of the One-Stop Shop Center (OSS Center) of the Department of Finance (DOF).

Castaloni, however, dismissed the complaint as a smear campaign to put her down and block reforms that she is trying to introduce in the OSS Center.

He described Castaloni, a former tax lawyer who was appointed to head the OSS Center in July, as having a “messiah complex” and a “double standard.”

Castaloni, he said, is “notoriously undesirable” and “close-minded.” She is distrustful of the Bureau of Customs (BOC) and the Bureau of Internal Revenue (BIR) and the people in those two agencies, he said.

Dural also alleged that Castaloni was “brokering for a tobacco firm” and is a “textile industry slayer,” as she had a negative perception of the sector.

He said that at one meeting between Castaloni and the center’s staff, “she argued that there is no reason for textile companies to enjoy incentives and to stay in business since their operations are not profitable.”

In a telephone interview with the Inquirer last Friday, Castaloni said she expected complaints as she began to implement changes in policies at the center, including documentary requirements for claiming tax credits.

Tax credits are refunds that exporters can claim as an incentive for the duties they pay for imported raw materials.

Instead of cash refunds, the government issues TCCs, which companies can use to settle tax obligations.

In his letter to Purisima, Dural brought up an issue involving Castaloni’s insistence that the documentary requirements for certain TCC claimants are deficient.

“She claimed that delivery receipts and sales invoices are not enough to prove local purchases and that VAT receipts should be required,” he said.

According to Dural, a colleague “who had long years of processing TCC claims” confirmed that delivery receipts, sales invoices and official receipts were the only requirements for getting TCCs.

But Castaloni, who had worked at private auditing firms KPMG and Punongbayan before going into government service, said those papers were insufficient.

Castaloni said VAT receipts were part of the basis of all duties and taxes paid by exporters on their imported raw materials. The government slaps a 12-percent value added tax on those goods.

She said textile manufacturers opposed the application of VAT on their imports.

“Practically all textile companies here source almost all of their raw materials from abroad. [Unfortunately, we have not developed] raw material sources for them. That is why the Board of Investments (BOI) has been allowing them to claim TCCs as a form of incentive. [The] BOI is trying to help the textile industry,” Castaloni said.

The BOI is one of the investment promotion agencies authorized to grant tax and other incentives to investors.

According to Castaloni, the BOI has declared the textile industry “under distress.”

The removal of textile and clothing quotas by the World Trade Organization has reduced garment exports from the Philippines to $1 billion a year, resulting in job losses that have cut the industry workforce to 200,000, about a third lower than when the sector was at its peak in the 1990s.

Also, the Philippine garment industry now competes with Bangladesh, China and Vietnam—where production cost is cheap—as well as with Central American countries and US territories where garments enjoy preferential tariffs.

To help the textile manufacturers, many of whom are in the red, the BOI allowed them to sell TCCs to other BOI-registered businesses outside their industry.

For other industries that are faring well, the BOI allows the sale of TCCs only to other BOI-registered companies within the same sector.

But some textile manufacturers cannot get TCCs because they do not have VAT receipts.

Castaloni asked: Why don’t they have VAT receipts? Perhaps they are doing something wrong?

Such questions rankle in the OSS, as shown by another letter, dated Oct. 10, also addressed to Purisima and signed by 36 members of the center’s staff.

“She has consistently shown distrust and disrespect to OSS Center workers, unfairly treating us, falsely accusing all of us as corrupt and therefore not worthy of her trust and confidence,” the letter said.

“We, the officers and staff of the OSS Center therefore feel that we could no longer work with Atty. Sheila Castaloni, in view of her attitudinal problems and leadership inadequacy,” it said.

But according to Castaloni, some of the 36 signatories were told that what they were being asked to sign was a survey, but were not told about the content.

The OSS Center has about 60 employees.

DOF sources who asked not to be identified told the Inquirer that Purisima had sent a memorandum to Malacañang expressing support for Castaloni.

The sources also said that even before Castaloni was appointed to the OSS Center, a number of people had lobbied against her appointment.

Castaloni said she would “not dignify” the accusations, but warned that she would take legal action if the punches hit below the belt.