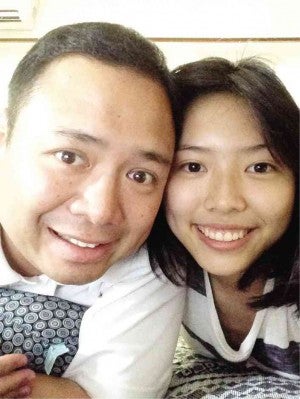 Francisco “Paco” Magsaysay used to hop from one table to another in the posh Kitchen Restaurant in Makati seeking answers to the question: Have you tasted this ice cream?

Such was his passion to raise awareness for the ice cream he started in his own kitchen in 2010.

“It only takes one scoop of ice cream for people to like it. Ice cream makes everybody happy,” Paco said.

He learned how to make ice cream by watching YouTube videos.

“I was already into baking before I made ice cream. I baked for my kids,” he says.

His father, the former Senator Jun Magsaysay, owns a dairy farm in Laguna. The dairy farm toyed with the idea of producing yogurt, cheese, flavored milk and pastillas.

“It was the same corny stuff. So I decided to make ice cream with our dairy,” Paco said.

He christened his ice cream “Carmen’s Best.” Carmen is the name of his only daughter.

“I thought if I called it ‘Paco’s Ice Cream’ no one would buy it. But if I called it using a woman’s name, they would think a woman was making it and that would sell,” he explains.

He checked out the competition and thought that, for his product to stand out, it must be exciting and innovative enough.

In the kitchen of his Ayala Alabang home, Paco made his ice cream and sold to his neighbors. He set his goals within the village and thought that, if each of the 5,000 residents would buy his ice cream, that would be enough to break even.

But that was not the case. Not every resident went gaga over his ice cream. So he broadened his scope to Makati, Greenhills and Quezon City.

In February of 2011, Paco was the first to come up with the salted caramel flavor.

“I had the usual chocolate, strawberry and vanilla. So I decided to come up with new flavors.”

Over the next two years, the ice cream sold quite well. In 2013, Paco took a short course on ice cream at Pennsylvania State University. The course has been around for 122 years. Famous ice cream makers like those that founded Ben & Jerry’s and Häagen-Dazs also took the same course.

The course taught him that making ice cream is not just putting all the stuff together and freezing it. Ice cream making is “more of a science.” It requires a tedious process of freezing, confection, formulation and a perfect balance of ingredients.

During his stint at Penn State, Paco received the Phil Keeney award for most promising ice cream. He bagged the award which is named after the “emperor of ice cream.”

Keeney is an “internationally known authority in ice cream, chocolate and confections,” he says.

When he returned home, Paco started adding more flavors to Carmen’s Best, which is registered in the Securities and Exchange Commission as “Carmen’s Best dairy product.”

Paco now has over 35 flavors and is more than eager to add more. 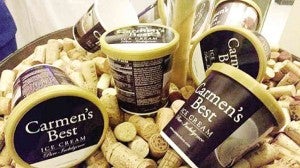 ALTHOUGH a bit pricey, Carmen’s Best guarantees quality with every scoop.

For instance, he says, he plans to add a “breakup ice cream” which he will call “He’s not worth it.”

He narrates how, once, he spoke to a woman while he was waiting in line and learned that she eats Carmen’s Best to get over her breakup with the boyfriend.

“It will be a binge ice cream. Very rich, very chocolaty, and has lots of fudge and walnuts,” Paco says.

But the ice cream maker is not keen on franchising. Paco sees himself more of a wholesaler rather than a franchiser.

He sells his product in over 60 stores throughout Metro Manila. Carmen’s Best Ice cream is also sold in Puregold outlets and will soon be available in Rustan’s fresh grocery.

Paco, who graduated from University of St. Thomas in Houston, Texas, learned through selling ice cream that quality sells.

“For a product to sell, it has to be exceptional. It is also important to work with the best people. [Entrepreneurs] must look into experience and not just work with their best friend or neighbor,” he says.

Paco also took completed a master’s program at the Asian Institute of Management.

Asked what makes his ice cream special, Paco notes that Carmen’s Best has no overrun—the measurement of air that is whipped into the ice cream and is calculated as the percentage increase in volume of the finished ice cream.

“Here in the Philippines, other ice creams have a 105 percent overrun. [Most commercial ice cream has an overrun of 75 to 100 percent. While premium ice creams may be as low as 20 percent.] So consumers are paying for ice cream which is made half of air. That’s why when it melts, the gallon is usually reduced to half,” he explains.

Paco adds that Carmen’s Best is creamier compared to other commercially available ice creams “because it has a high butter fat content.”

Although a pint of Carmen’s Best sells for P370, Paco insists that he is generous with the ingredients and customers are paying for high-quality ice cream.

In addition, a part of the proceeds go to the Philippine General Hospital.

“By the end of the year, we will turn over P100,000 to the government hospital. So don’t feel guilty when you eat our ice cream. You’re also helping others in PGH,” Paco said.

Carmen’s Best is set for export to Taiwan this December. It will be available in Filipino grocery stores there.