PH starts rolling out red carpet for hosting of 2015 Apec 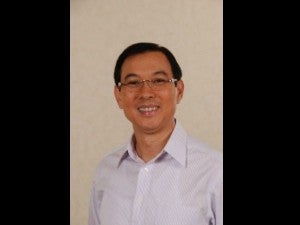 Jollibee founder Tony Tan-Caktiong has accepted from host China the responsibility of hosting the Apec CEO summit, to be held in Manila on Nov. 15-17 next year. Photo from Facebook

BEIJING—It was a shorter version of the Department of Tourism’s “It’s more fun in the Philippines” video.

But in an equally zippy flash of scenes, the video featured the Philippines’ top business magnates inviting their counterparts in the region as they prepare to host the Asia-Pacific Economic Cooperation (Apec) CEO summit next year.

The Philippines will be next year’s host of the 23rd Apec Economic Leaders’ Meeting and through big business it will also host the Apec CEO summit ahead of the leaders’ meeting.

President Aquino was expected to accept on Monday the task of hosting Apec 2015 from Chinese President Xi Jinping at the conclusion of the two-day Apec leaders’ meeting.

The Apec CEO summit is an annual dialogue between Apec leaders and businessmen in the region and around the world.

“It is the most influential and high-level business event in the Asia-Pacific [region],” Malacañang said.

The Philippines’ promotional video was presented in a short ceremony that later saw Jollibee founder Tony Tan-Caktiong accepting from host China the responsibility of hosting the Apec CEO summit, to be held in Manila on Nov. 15-17 next year.

Tan-Caktiong thanked the Chinese host for the opportunity to host the CEO summit and proceeded to invite businessmen in the Asia-Pacific region to come to Manila for the event.

They said the “greatest assets” of the Philippines were its people and asked businessmen from the region to come to Manila for their next summit.