The Department of Agriculture (DA) is beefing up funds for its post-calamity program, earmarking P6 billion for the next two years.

Agriculture Secretary Proceso J. Alcala said in a statement that the Agriculture department’s Rehabilitation Assistance on Yolanda program would provide P5.5 billion for the department’s regional field unit (RFU) in Eastern Visayas, as well as P500 million for the Bureau of Fisheries and Aquatic Resources (BFAR) in Region 8. 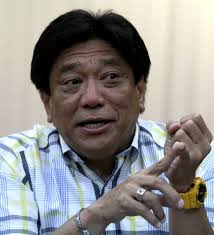 This year, the DA program entailed the release of P1.5 billion, including P1 billion for BFAR and P502 million for the RFU.

Alcala said the continuing strategic support for the farmers and fishers affected by Supertyphoon “Yolanda,” would ensure their livelihood over the long term.

Data from the agriculture department showed that around 640,500 farmers and fishers benefited from the DA’s rehabilitation interventions.

“I believe Region 8 will be able to get back on its feet strongly despite the devastation,” Alcala said. “With help from various nongovernment organizations and other groups, I am confident that we can build better farming and fishing communities.”

The agriculture chief noted that, as a sign of recovery, palay farmers in the affected the areas have started to harvest their second crop less than a year after the supertyphoon destroyed their farms.

Agriculture statistics also showed that 141,035 hectares had been planted across Eastern Visayas in the March-September planting season alone.

This accounted for almost 90 percent of the targeted 159,150 hectares for cultivation. Of the planted areas, at least a third have already been harvested.

During his visit to Tacloban earlier this week, Alcala, along with Sen. Cynthia Villar who chairs the Senate committee on agriculture and food, distributed P176 million worth of additional assistance to farmers and fishers throughout the region.

This included 35 units of four-wheel-drive tractors, worth of P94 million. Each tractor would go to a specific local government unit.