MANILA, Philippines—The Court of Appeals denied on Thursday the bid of the National Telecommunications Commission (NTC) to lift the temporary restraining order on the enforcement of refund for overpriced text-messaging rates to subscribers of Globe.

In a five-page resolution, the appeals court 16th division said that NTC’s prayer for lifting of the restraining order is premature.

The appeals court said Globe only paid the required P500,000 surety bond only on Oct. 15, 2014. The P500,000 bond is required by the court to be paid before the restraining order takes effect.

In fact, the appeals court added there is still no TRO to lift because it has not taken effect yet even if the bond is in order. 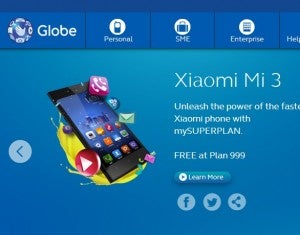 “There is consequently no temporary restraining order in effect in the meantime which may be dissolved or lifted, as prayed for by NTC,” the appeals court said because Globe has yet to pay the TRO and Sheriff’s fee.

The appeals court granted Globe’s petition as stated that there is no clear mechanisms on how to effect the refund for postpaid and prepaid subscribers.

“Moreover, if the assailed decision is not restrained at this stage and implementation thereof is allowed to proceed and this Court later on finds that the appealed decision should be set aside, recovery of the amounts already garnished might later on prove to be impossible for petitioner and render our decision ineffectual,” the appeals court said.

The NTC also ordered the three telecom companies to refund or reimburse their subscribers these excess charge of P0.20 per off-net SMS from the effectivity of the memorandum circular until fully settled, by crediting the load of prepaid subscribers or effecting the refund through the respective bills for postpaid subscribers.

Digitel, who operates Sun Cellular as well as Smart already received a TRO from the Court of Appeals.

Globe, in its petition said it is not clear how the NTC order can be implemented.

“To whom will the P0.20 refund per text be given, when the identity of the prepaid users is unknown, and the great overwhelming majority of the prepaid market have long been using and continue to use unlimited (instead of piso-per-text) services?” Globe asked.

It added they are not sure either how much should be given to each prepaid subscriber considering that neither Globe nor the other CMTS providers have any way of knowing how much each of the million subscribers had consumed in prepaid loads in the past.

“But this begs the question: are these subscribers the very same subscribers who were charged one peso (P1.00) per text in the past? If they are not, then where is consumer justice there?” Globe added.

Globe added the NTC’s order is putting into jeopardy the financial viability of the entire telecommunications industry and the public will likely suffer if it is not enjoined.

“It may be true that what the Commission did was popular. But what it did was, without doubt, premeditatedly unjust and this continuing injustice and disservice must be stopped,” the company said.