Death: Only Lazarus can refute

Man is probably the only animal who consciously knows he has to die.

Death happens to all living things. Nothing eschew from this phenomenon. Man could postpone, but ultimately must succumb to it. God gave no exceptions.

We can define death in myriad ways, yet none seems definite. It can mean differently from different individuals, epochs and cultures. Since time immemorial, the idea of death has posed eternal mystery, becoming the core of our religious, philosophical and scientific systems of thoughts.

We can perhaps deduce death into two traditional assumptions: continuity into the beyond that could be from heaven to hell into another state or being lead to eternity; or, simply the final exit toward nothingness.

Death has various schools of thoughts. In both primitive and sophisticate societies, death equates to a variety of beliefs from divine to the supernatural and to fictive-ephemeral state—toward a significant existence to another, or again, simply a final exit…

Modern statistic however shows that humans rarely   die because of old age per se. Death invariably follows some ailments, accident, shock or strain which the body is unable to overcome. Not very many die naturally.

The traditional definition of death by Black’s Law Dictionary was simple, “… stoppage of the circulation of the blood, and a cessation of the animal and vital function consequent thereupon, such as respiration and pulsation.”

Death simply means the stoppage of breathing and heartbeat. Experts called this the “clinical death”; when one loses breath and heartbeat, one is dead and simply buried—seems like a mere biological event, a mere disintegration of organic into inorganic matter. “Circulatory death” is its current name.

Technically, clinical or circulatory death is when respiration and circulation stops, and cells throughout the body stop receiving oxygen and nutrients, and unable to eliminate waste. The brain at this point can survive for only a few minutes before irreversible damage to the cells occurs.

Some organs however could last longer—the heart could last 15 minutes, the liver and kidney around an hour, the skin two hours, and the intestine more than three hours. 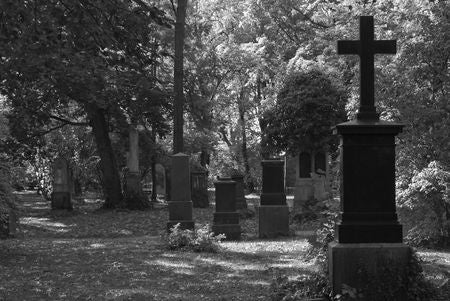 Dr. James Bernat, a neurologist at Dartmouth College’s Geisel School of Medicine in New Hampshire explained: “Despite its frequent use, the term ‘clinical death’ does not actually have a consistent meaning. In most hospitals, the doctor in charge of a patient’s care makes the death determination, and there are not universal guidelines for when to make that call.”

Bernat clarified in an interview, “You are dead when a doctor says you are dead.”

Due to the advent of revolutionary methods and techniques in medicine, breathing and circulation are sometimes restorable through artificial means, such as after a heart attack. Meaning, “dead body” can be revived and kept alive artificially as long as the brain has not been deprived of blood for more than two or three minutes. This seems to redefine the meaning of death somehow.

When the EEG displays a continuous straight line on a monitor, known as isoelectric flat line—often depicted theatrically in movies— the patient is declared medically dead or brain dead. One study in 2013 however suggested, “The brain may survive in deeper states of coma than the ones found during the isoelectric line.” This study was led by Florin Amzica, a neurophysiologist at Universite de Montreal.

“Everybody thinks that the flat line is the ultimate frontier of living brain,” according to Florin Amzica. Dr. Amzica suspects the specific waves have not been discovered, simply because no one bothered to look. This seems to complicate the meaning of death some more.

“Some patients now considered to be in a persistent vegetative state might instead be considered dead. Nevertheless, because some people considered vegetative show flickers of consciousness, death certificates should only be issued when someone has met the criteria for brain death,” according to Leslie Whetstine, a philosopher at Walsh University in Ohio who studies the definitions of death.

“Death should be defined as the irreversible loss of that consciousness,” Whetstine concluded. My kibitzer friend queried, “Could we quantify loss of consciousness during death?”

Anyway, some advocates opine that dying today is a ghastly life episode. The dying feels more desolate, too equipment-centered and highly dehumanized; sometimes, it is even difficult to ascertain technically the exact time of death!

Sigmund Freud once declared: “No one believes in his own death. In the unconscious everyone is convinced of his immortality.” This could be one reason why theology, philosophy and science have such diverse ideas concerning the definition of death—from the most bizarre and to the most fanciful.

“In the history of Western thought, the interpretation of death has run the whole gamut notion of a mere natural fact, pertaining to an organic matter, to the idea of death as the telos (ultimate aim) of life, distinguishing feature of human existence,” according to Herbert Marcuse, a German philosopher.

The late Dr. Herman Feifel, founder of modern-death psychology and whose work broke the taboo on discussing death and dying and made them legitimate subjects for scholarly and scientific study, said: “Both theology and philosophy have grappled with the problem of death and its meaning. Review of the psychiatric and psychological lectures highlights the lack of any systematic endeavors to bring this area into the domain of controlled (emphasis by Carson-Arenas) investigation.”

“There are not enough emphases given into assessing (thoroughly) the implication of the meaning of death. There is no book on the American scene,” according to Feifel, “which offers a multifaceted approach to its problem.” Feifel edited a volume of essays titled “The Meaning of Death” published as early as 1959.

Death is an irrefutable reality in life. In the book “The Will to Live” Arnold Hutschnecker wrote, “Only when people are able to live out their years maturely and unharassed by continuous fear, anger and frustration, will they die when their time comes, peacefully and with a sense of accomplishment.”

In his book “Endings: A Sociology of Death and Dying,” Michael C. Kearl averred: “Every culture has a coherent mortality thesis whose explanations of death are so thoroughly ingrained that they are believed to be right by its members. It is here assumed that any broad-scale change in the relationships between the livings is accompanied by modifications of these death meanings and ceremonies.”

“The reverse may well also be true: Would there be a rash of suicides if it were to be conclusively verified scientifically that the hereafter is some celestial Disneyland?” Kearl said.

Finally, my other skeptic kibitzer-friend quipped: Since no one yet “died scientifically” to describe the experience empirically, the true nature of death must remain speculative.

Only Lazarus can refute that (?).

Dr. Aggie Carson-Arenas is a specialist in clinical psychology, and a behavior analyst specialist in Nevada, educator, researcher and a published author. A former associate professor, university research director and private clinician, he authored a psychology and hypnotherapy books. He is a member of the American Psychological Association and a Fellow of the Psychological Association of the Philippines. E-mail at [email protected], or [email protected]