PSMID and Pfizer: Threat of antibiotic-resistant bacteria must be addressed 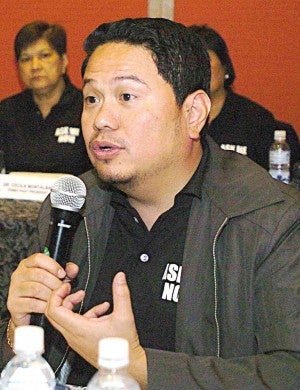 JASPER Franquelli, a kidney transplant patient who had MRSA due to his immunocompromised state but survived. PHOTO by RODEL ROTONI

When Pfizer Philippines employee Jasper Franquelli, 40, got his toe scratched at his house’s gate in August 2012, little did he know that the wound it caused would develop into methicillin-resistant Staphylococcus aureus (MRSA).

Having had a kidney transplant due to lupus nephritis six months earlier, he is under immunosuppressive drugs to prevent his just-transplanted kidney from being rejected. Two weeks later when it won’t heal and gradually having a pus, he consulted his nephrologist, who diagnosed it as MRSA.

Derived from Staphylococcus aureus, one of the earlier pathogenic bacteria resistant to penicillin, MRSA is present in the human skin and nostrils, and can enter the body through a cut or puncture in the skin. It can cause impetigo, boils, abscesses, folliculitis and cellulitis, than can further turn into sepsis, septicemia, toxic shock syndrome, urinary tract infection and pneumonia.

Upon advice by his doctor, Jasper took the oral antibiotic linezolid for two weeks. “If I wasn’t treated early, my doctor said the infection could have spread all over and complicated the recovery, with my body rejecting the transplanted kidney [because of the conflicting immunosuppressive drugs and antibiotics]—resulting to death,” he said.

Jasper shared his story during the forum “Fight MRSA” organized by the Philippine Society for Microbiology and Infectious Diseases (PSMID) and Pfizer last Oct. 1. The PSMID and Pfizer had already spearheaded the campaign with the first-ever MRSA Day celebration last year. This year, the two organizations further resolved to strengthen their partnership with more lectures and road shows to be conducted nationwide this month.

The first case of MRSA here was reported in 1987 at the Philippine General Hospital. The next year, the Department of Health and the Research Institute for Tropical Medicine began the Antimicrobial Resistance Surveillance program (ARSP) to monitor resistance of selected bacteria to specific antimicrobials in hospitals nationwide.

MRSA infections are categorized as healthcare-associated when acquired in hospitals, and community-associated when acquired elsewhere. At risk are people with weak immune systems such as HIV/AIDS, lupus and cancer sufferers; transplant recipients; severe asthmatics; diabetics, intravenous drug users; children and the elderly. Those who are in crowded places periodically—such as college students in dormitories, workers at healthcare facilities, prison inmates, military and police recruits, occupants of homeless shelters and gym users—are also at risk.

Six Cs have greatly contributed in the transmission of MRSA, said PSMID board representative Dr. Elfleda Hernandez. She identified them as contact, crowding, contaminated environment, compromised skin integrity, cleanliness and collateral damage (due to previous antibiotics use).

According to PSMID vice president Dr. Yvette Barez, unlike the greatly-feared-and-focused-on HIV/AIDS and Ebola virus, MRSA is not given any attention. She added that the ARSP reported high incidences of MRSA nationwide, especially in Zamboanga where healthcare systems are challenged due to armed conflict.

“If we don’t raise the level of awareness of doctors on MRSA, nobody would know that the problem is becoming a serious one,” said PSMID president Dr. Ludovico Juaro Jr.

As for Jasper, he is now more careful in personal hygiene, having hand sanitizers always handy and avoiding crowded places, wearing masks if he had to—like when boarding airplanes. He is also active in informing family and friends about the ailment and steps to avoid it, and regularly participates in Pfizer and PSMID media blitz. “I still got sick, even if I had knowledge [about it],” he said. Thus he said his experience must be heard by all, since MRSA won’t go away that easy.