MANILA, Philippines—Macay Holdings Inc., which is led by businessman Alfredo Yao, has firmed up a plan to raise about P1 billion in fresh capital from the sale of new shares to existing shareholders.

In a disclosure to the Philippine Stock Exchange on Thursday, Macay said its board had approved an offering of 21.368 million shares. One rights share will be offered for every 50 common shares held by an existing investor.

If based on its current market price of about P48 per share, the proposed stock rights offering is worth around P1 billion. Proceeds will be used for the expansion of bottling facilities, according to the company. 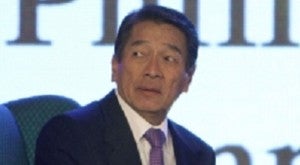 The rights’ offering is subject to the registration or exemption requirements, whichever may be applicable, of the Securities and Exchange Commission and the Philippine Stock Exchange.

It was earlier disclosed that Macay would also acquire 100 percent of ARC Holdings, an affiliate company holding the franchise of soft drink brand RC Cola in the Philippines and some other Southeast Asian companies. By gobbling up ARC Holdings, Macay fully consolidates all the licensing, trademark and related rights on the RC Cola brand.

ARC Holdings is a separate entity under the same Yao-led group that holds the trademark licenses of Royal Crown Cola, which in turn owns the rights to the trademark of RC Cola in the Philippines.

At present, the group operates nine RC Cola bottling plants in the country. As the group is the biggest bottler of RC Cola in the region, Royal Crown Cola of Georgia USA has expressed interest to give the group “anchor bottler” status in Southeast Asia.

In the carbonated beverage segment, RC Cola’s estimated market share in Metro Manila is 20-24 percent. The company also estimates that it has yet to penetrate 25-30 percent of overall market nationwide.

The group plans to grow a combination of licensed and company-owned brands. At present, homegrown brands include juice products like Juicy Lemon and California Fruity Orange.