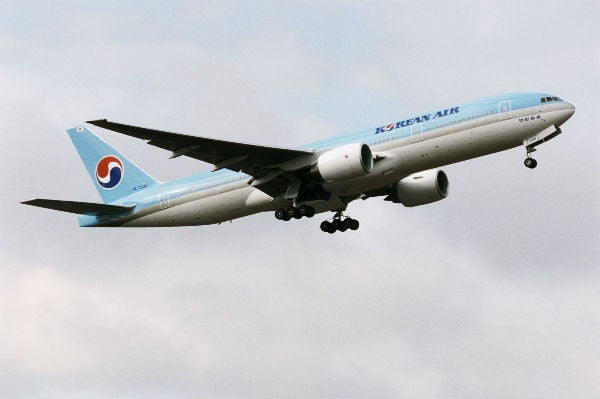 Korean Air is operating three flights a week (Tuesday, Thursday and Saturday) on the Incheon-Tel Aviv route, utilizing a B777-200 aircraft.

Korean Air temporarily suspended its operation on the Incheon-Tel Aviv route since July 19 due to the security concern caused by the deployment of Israeli troops around Gaza.

As air safety is now secured after an open-ended ceasefire agreement between Israel and Palestine, Korean Air decided to resume its operation to Tel Aviv.

Tel Aviv is Israel’s technological and economic hub and the gateway to Jerusalem, a Holy Land for both Jewish and Muslim. Located on the Mediterranean coast in central-west Israel, the city is the starting point for pilgrimage to sacred places in Israel, Egypt, Turkey and Jordan.

Korean Air will make its utmost efforts to offer safe and convenient service to the passengers travelling to Israel.

Korean Air, established in 1969, is one of the world’s top 20 airlines and carried more than 23 million passengers in 2013. Korean Air operates in excess of 400 flights per day to 125 cities in 45 countries on six continents with a fleet of 156 aircraft including ten A380s.

The airline serves six continents with more than 430 flights a day and is also a founding member of the Sky Team airline alliance which together with its 20 members, offers its 569 million annual passengers a worldwide system of more than 15,000 daily flights covering 1,064 destinations in 178 countries.

Korean Air introduced the double-decker A380 aircraft to its fleet in 2011 and made the interior more spacious than any other airline, with just 407 seats spread across three classes, with the top deck dedicated to ‘Prestige’ business class. The design also features the world’s first onboard ‘Duty Free Showcase’ and three bars and lounges.