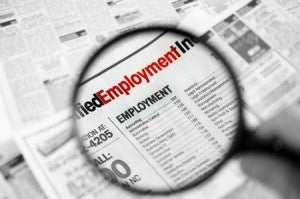 MANILA, Philippines–Despite the country’s impressive economic growth, which averaged 5.4 percent a year during the past decade, the overall labor market scenario has been “less positive,” limiting progress on social development and inclusive growth, a joint study by the International Labor Organization (ILO) and the Asian Development Bank said.

During an ILO forum at a Pasay City hotel, officials of the ILO office in Manila presented the two institutions’ 2014 report on the Philippines, which noted “existing weaknesses in the labor market,” among other things.

“The number of workers living on less than $2 per day rose from 11.2 million to 13 million between 1991 and 2009 … Inequality remained high while poverty reduction is impeded by poor labor quality, which is often associated with low earnings and high vulnerability,” it said.

It also reported that “vulnerable employment, measured as the share of own account and contributing family workers, has steadily declined, but still accounted for 38.4 percent of total employment in 2013, with the share of women six percentage points higher than that of men.”

“Model simulations suggest that deepened trade integration under the AEC could lead to considerable economic and job gains in the Philippines. Fully adopting AEC trade measures could expand the country’s (Gross Domestic Product) by 7.5 percent by 2025, compared to a baseline scenario without deeper integration.”

Simulations also show a “net gain of 3.1 million jobs over the baseline, representing a six percent increase in total employment. However, around 38 percent of these would be vulnerable jobs, with women accounting for just 35 percent of expected job gains.”

‘Likewise, the share of agricultural employment would be slightly higher under the AEC (29 percent) relative to the baseline (28.6 percent) in 2025…Despite decreases in the overall share of the service sector under the AEC compared to be baseline, the trade and transportation sub-sector is poised to expand by almost one million more jobs,” said the report.

The AEC is “projected to slightly reverse existing sectoral patterns of structural change in the Philippines. Industrial employment would increase to 17.5 percent in 2025 (compared to 17.3 percent under the baseline) while construction and food processing accounting for 7.1 percent and 2.4 percent of total employment.”

But “the benefits of an AEC may be distributed unevenly and if poorly managed, integration could add to existing weaknesses in the (Philippine) labor market,” it warned.

According to the ILO and ADB study, “this is of particular concern for the Philippines, given recent labor market trends.”

As one of the 10 members of Asean, the Philippines “accounts for nearly one in six of the region’s labor force. By 2015, the AEC, envisioned as a single common market and production base, is expected to be realized,” it said.

“An overarching goal of the AEC is to ensure a stable, prosperous and highly competitive region with equitable economic development and reduced poverty and socio-economic disparities,” it also said.

The report pointed out “the Philippines Development Plan 2011-2016 and its midterm update target inclusive growth, defined as poverty reduction in multiple dimensions, and massive creation of quality employment.”

The AEC, it emphasized, “has the potential to generate higher output, employment and productivity and could help the Philippines achieve its goal of inclusive growth and poverty reduction if decisive policy action is taken now.”

“To this end, five priority areas are particularly relevant,” said the ILO as it also called on the Philippines to “create better jobs, including through industrial policies that target agro-industry; enhance social protection programs; upgrade skills to meet shifting demands; improve protection for migrant workers; and strengthen collective bargaining to improve the productivity-wage link.”

On the need for improved protection for overseas Filipino workers, the organization said “existing bilateral agreements with key countries of destination do not provide adequate mechanisms for enforcing compliance on wages and terms of employment.”

“Future negotiations should make it mandatory for countries of destination to provide legal and social protection to OFWs. Within bilateral agreements, particular emphasis should be placed on upholding the provisions of the Household Service Workers Reform Package to ensure domestic workers receive their monthly minimum wage. Also, social security coverage for OFWs can be increased by enhancing payment mechanisms and offices in destination countries. At home, further enforcement is needed to fully expurge recruitment malpractices,” the report also said.

“Total public social protection expenditure in the Philippines accounts for just 1.6 percent of GDP. Beyond greater expenditure, efforts must also be made to increase coordination among government agencies in the design and delivery of social protection benefits, reach out to informal sector workers, improve the implementation of existing schemes, and enforce better disaster preparedness and response measures, the report added.

Labor Secretary Rosalinda Baldoz, who met with ILO officials on Wednesday, said “at the heart of promoting decent work is the goal of ensuring that the outcome yields workers who are mobile, job-ready, skilled and competent, which in turn should help produce sustainable and competitive enterprises,” she added.

For his part, Lawrence Jeff Johnson, director of the ILO country office here, said “if decisive policy action is taken, AEC has the potential to ensure sustained economic growth centered on decent and productive work and help the Philippines achieve its goal of inclusive growth that creates jobs and reduces poverty.”

“The prospect of large gains in such jobs calls for coordinated labor market policies to improve working conditions and reduce vulnerability,” he added.