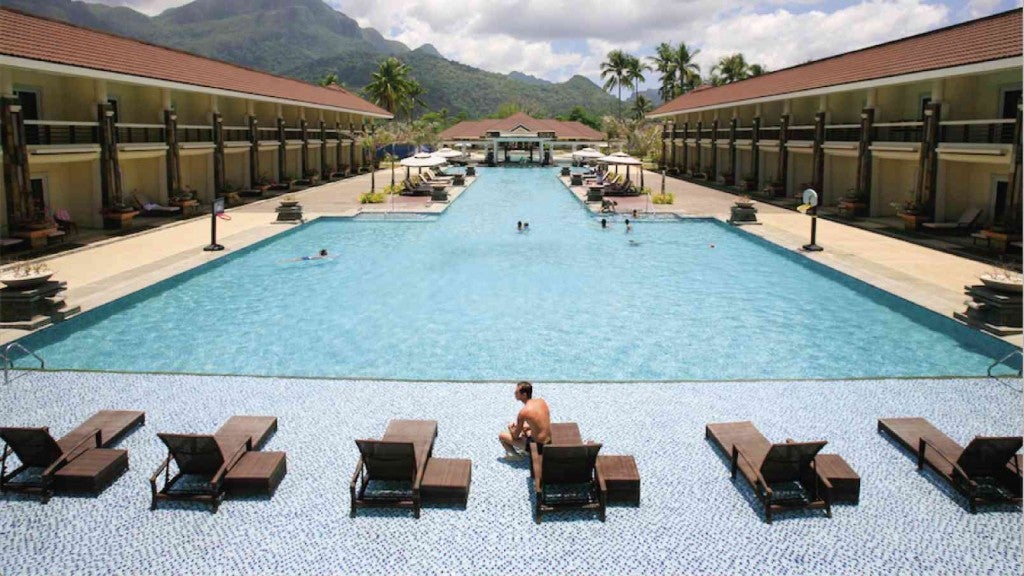 Somewhere near the famed underground river in Palawan is a luxury beach resort mostly powered by its own solar and wind farms. It has basins that catch rainwater, wastewater recycling and climate-friendly architecture. Out there somewhere in Ilocos Norte is a pig farm with tunnel ventilation—pretty much like large air-conditioned pens where its herd can grow faster and healthier—powered by energy generated from the manure of the same animals.

Such “green” companies do exist in the Philippines and are among the seven honored for promoting energy efficiency and renewable energy at the recently concluded Energy Smart Forum organized by the European Chamber of Commerce of the Philippines (ECCP). Other awardees include an energy-efficient cold storage chain operator, a shopping mall that upgraded its heating, ventilating and air conditioning (HVAC) system to cut electricity consumption and three firms involved in the clean energy business.

“With the Energy Smart Forum and the Sustainable Energy Finance Awards, we want to show that everyone has a role to play in raising public awareness and promoting the proper use of energy, and in encouraging investments in energy efficiency, renewable energy, and clean technologies and processes,” said ECCP executive vice president Martial Beck.

The awardees were selected based on the actual implementation of projects that have reduced energy consumption or contributed to energy generation, innovation and commitment to sustainability and the potential for replication and success-story dissemination. The reduction in greenhouse emissions from these energy projects is equivalent to removing 226,000 cars from the country’s roads in a year.

All these “green projects were bankrolled by two of the country’s leading banks—Bank of the Philippine Islands and Banco de Oro Unibank—under a partnership with International Finance Corp. Under this program called “Sustainable Energy Financing,” about P19 billion has so far been released to fund projects that help reduce greenhouse emissions by a million metric tons a year.

“These four companies have proven that people, planet and profit go hand in hand. They have found the formula that all of us must find if we are to remain relevant in this century,” Consing said.

Sy-Coson said BDO was committed to fund environment-friendly projects in the country.

In a phone interview, BDO senior executive vice president Walter Wassmer said BDO had so far approved $130-million loan disbursement for renewable energy projects, mostly biomass and hydro, under the SEF. This is on top of $60 million worth of energy efficiency projects in the pipeline, he said.

Manuela was honored for the HVAC retrofit of Starmall Alabang, which is now saving the shopping mall developer about P3 million in electricity billing per month.

“It was done by a group of rice millers who banded together to put up power plant using their rice husk,” Wassmer said.

Utility operator Suweco was honored for its 8-MW run-of-the-river hydropower plant in Villasiga Bugasong, Antique which feeds on Paliuan River. Run-of-river hydro is considered one of the most environment friendly renewable source of energy. It does not cause social problems due to submergence of lands by water as only a diversion-type of structure is used in lieu of a huge dam. 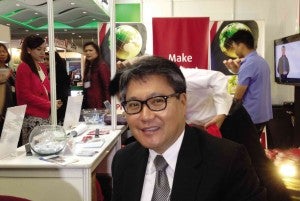 “They are getting into hydropower and thus providing cheap power to cooperatives in areas where they operate,” Wassmer said.

Jeco’s 95-room Sheridan Resort is located in Sabangan, Palawan, gateway to the Puerto Princesa Underground River. This national park is a Unesco World Heritage Site and, in 2012, was voted by the global community as one of the new seven wonders of the world, for being the longest navigable subterranean river.

“Our location is quite far from the city. We don’t have any electricity. There is no power plant supporting our place. So what we did is, we have our solar panels and we have our wind turbines,” Sheridan managing director Jacqueline Tan said in an interview at the sidelines of the EnergySummit.

The turbines cover about 70 to 80 percent of Sheridan’s requirements. But the resort also has back-up generators during the rainy days when the solar plant cannot produce or when there is scarce wind to power the wind turbines. The resort also has a catch basin for rainwater and a water recycling system in place.

Sheridan borrowed P240 million from BPI to invest in these “green” initiatives, but has already repaid the loan, Tan said. “Initial cost is high but, in the long run it will pay off,” Tan said, estimating payback at two to three years.

Asked how much savings these initiatives have translated to, Tan said: “It’s not just the water. We have electricity to supply the resort. We use LED lighting. Our air-conditioners are all using inverters. We have green landscape features and architecture, so we don’t use air-conditioning in our hallways. So if you combine these, it’s quite a big amount,” she said.

“Essentially, the business of raising pigs is the business of converting pigs into meat in the most efficient way. When you grow pigs like humans, you want them to be comfortable and healthy because those are the components that make them grow faster and healthy,” Venvi chair and chief executive officer Hilario Valdez said in an interview.

The farm, described by Consing as the “cleanest” pig farm in the country, nurtures the parent pigs in a climate-controlled facility with tunnel ventilation to optimize their generic potential. It has 1,300 of these mother pigs at present, which will increase to 1,900 this year and further to 2,600 in mid-2015. These mother pigs reproduce at an average frequency of 2.5 times a year and each produces an average of 12.8 live offspring.

But apart from keeping a herd of “happy” pigs, what anchored Venvi’s award is its waste-to-fuel initiative.

“The manure of pigs, we convert them into energy. We don’t dump any of our waste into the river or [elsewhere] outside the facility. The manure goes to a digester, generates methane gas which we use to power our generator to supply the electrical requirement of the facility. The wastewater is separated and put back into the system,” Valdez said, noting that 65 percent of fuel requirements were covered by this waste-to-fuel system.

“The problem with building a facility like this is, it’s not cheap: It really requires full commitment,” Valdez said, noting that a conventional piggery of the same scale would likely require only less of what Venvi has invested.

Glacier, a business unit of Phil-Nippon Kyoei Corp. and Exergy Phils. Corp., develops and operates a chain of cold storage facilities to help the farm sector manage their perishable goods. It has a facility in FTI Taguig and Quezon City, with respective storage capacity of three million and nine million kilos of meat.

“I’ve always perceived that, in the next 10 years, energy and food will be the vital challenge worldwide. So we started building cold storage facilities eight years ago in order to produce enabling positive environment for the farmers so they can be more profitable. It’s a matter of linking the farm to the plate,” said Arturo Yan, president of Phil-Nippon and Exergy.

A cold storage facility is like a big freezer that maintains products at a certain temperature, which means that high energy consumption makes profitability challenging.

“The only way to do it is to make it efficient,” Yan said, noting that the company had thus constructed a plant with the right design and right capacity and maintained the right activities and warehousing facilities. The company recently acquired another storage facility at the Duty-Free complex in Parañaque, and the next stage is to create smaller facilities in new areas like Iloilo, Bicol and Cagayan. 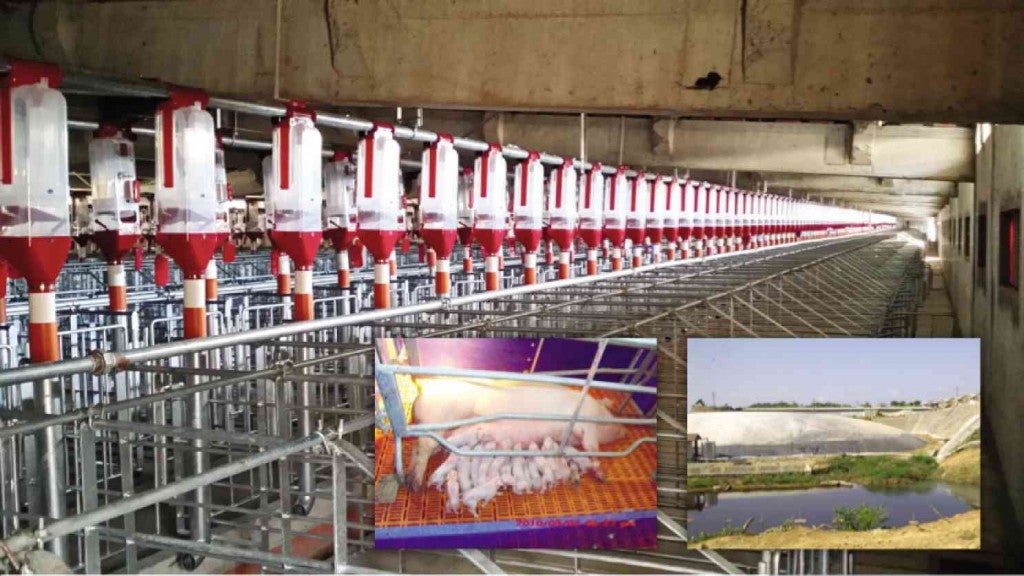 Also, Glacier has ongoing projects to put up solar panels on top of its roofs, thereby generating about 10 percent of internal requirements. Electricity accounts for 45 percent of Glacier’s cash flow and, after investing in energy-efficient initiatives, payback is more or less after five years, Yan said.

Bronze Oak has been in the clean energy business in the Philippines for the last 10 years, having built the country’s first bioethanol plant before going into biomass and solar power generation.

Jose Ma. Zabaleta Jr., president of San Carlos Solar Energy and Bronze Oak Philippines, said the group is now working with BPI to expand capacity not just in Negros but also throughout Luzon. The group wants to have a solar power plant capacity of 150 to 200 megawatts while, on the biomass side, an additional 50 megawatts capacity is planned, on top of 20 megawatts under construction. For solar, total cost of the target capacity of at least 150 megawatts is $300 million, about 60 to 70 percent of which is expected to be funded through bank borrowings.

While the cost of solar power is more expensive than a traditional coal-fired plant, Zabaleta said having solar capacity in the middle of the day when people are up and running would help cut the country’s dependence on diesel generators that augment power supply at peak hours. He noted simulations from the National Renewable Energy Board showing the effect of increasing solar capacity during the day when the power is needed. Results showed that the average cost of spot electricity prices declined due to less discharge of diesel.

After 2015, IFC is considering plans to expand the SEF beyond energy efficiency and renewable energy financing and include lending for water and resource efficiency under a broader program called “Sustainable Climate Finance.”

“The rapid growth of the Philippine economy has highlighted the need for adequate energy supply and efficiency in energy use,” said IFC country representative Jesse Ang. “This issue will take on added urgency when the economic integration of the Association of Southeast Asian Nations begins next year. It is imperative for the Philippines to improve its supply of reliable and affordable power to help Philippine companies brace for tougher competition as a result of the integration.”

Pagasa: LPA may intensify into tropical depression in coming days