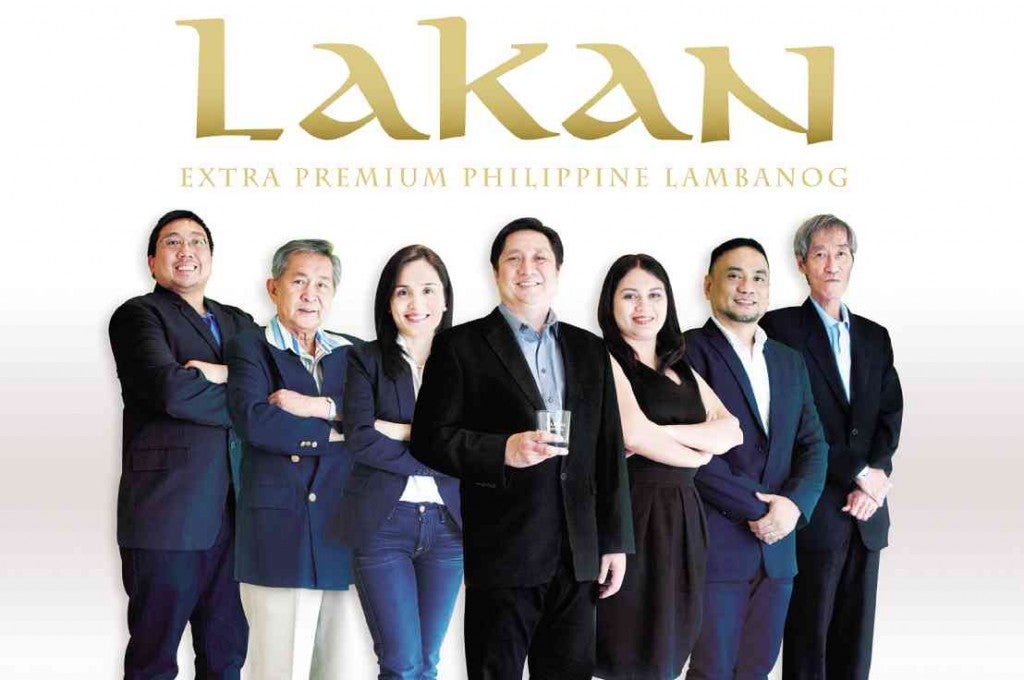 The Filipino lambanog is going global, and the Philippine Distillers Company (PDC) is hoping it will soon find itself alongside the world’s best known and most distinctive liquors.

On October 8, a modern, more scientifically distilled version of the truly Filipino alcoholic beverage will be presented in suitably posh surroundings—Salon de Ning of the Manila Peninsula. And it will be introduced for what it truly is—not as the local version of the Russian vodka but as a true product of Filipino ingenuity and indigenous material.

Anthony Manguiat, chief executive officer of PDC, a boutique enterprise by industrial standards, says their product is “something you will never find anywhere else,” a distillation of “the true Filipino spirit,” literally and figuratively.

The small group behind the enterprise carries further the allusion to the essence of the Filipino by calling its product Lakan, an ancient title of nobility. Manguiat says it is a title bestowed on a “warrior ruler, symbolizing both character and strength of the Filipino.” 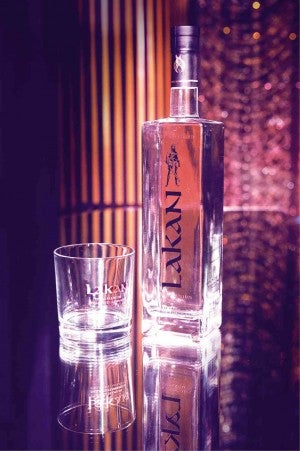 A WIDE-MOUTHED glass should be used for Lakan to allow the lambanog to breathe.

He says Lakan is more than just an attempt to raise the quality of lambanog and elevate it to world-class standards. The initiative is also meant to promote the entrepreneurial spirit among coconut growers, giving them alternatives to the traditional but no longer profitable copra (dried coconut meat used for extracting cooking oil and other food products) production.

PDC allows coconut farmers use of their plantations to help raise their incomes.

The farmers can set aside a portion of the farmland just for tuba (PDC calls it coconut nectar) extraction, Manguiat says. The distillery will buy the coco nectar harvested from a hectare of trees at P300,000 for one year.

“That’s almost P30,000 a month,” or about the same as what the farmers will get in one year from selling copra, he says.

PDC has identified up to 70 farmer cooperators from where it can source the raw materials.

Manguiat says each hectare is farmed by three to four families, so the indirect beneficiaries may number at least 100 people.

The distillery, says Manguiat, is capable of producing in a month 10,000 bottles, each containing 750 milliliters.

The company has not reached its full capacity yet, as it currently produces only up to 7,000 bottles.

But he does not think lambanog-making will become a mass production enterprise. Those who have tasted tuba will agree with him when he says that “coco nectar has to be distilled immediately.”

Highly perishable, tuba starts fermenting right away, and will turn into vinegar just hours after it is harvested.

So PDC, based in Lipa City, Batangas, sources its raw materials from plantations closest to it—in Quezon and Marinduque.

“If we want to do more, we will have to set up plants where the source (of) coco nectar is,” Manguiat says. This means expansion will involve having distilleries in the Visayas and Mindanao.

Despite past and recent threats of coconut pests and natural calamities that devastate plantations annually, Manguiat is confident the initiative will be sustained, as the tree grows in almost 90 percent of the country.

The “inventor” of the new lambanog aspiring for global recognition is Lawrence G. Lim, who has 10 years of experience distilling the spirit behind him.

Lim says what makes the product different and better than the traditional “brew” is the “multiple distilling/multi-stage process.”

He used all those 10 years “to study and improve continuously the traditional lambanog to a very high degree of quality/purity comparable to the best the world has to offer.”

Lim says that the traditional lambanog business “remains a backyard industry to this day, not geared to compete in the international market” in terms of quality and quantity.

But Philippine Craft Distillers Inc. “has transformed the traditional lambanog into a premium spirit through its craft distillation process,” he adds.

As to why lambanog does not, as yet, grace ceremonial events, like state dinners where the basi, a product from northern Philippines, takes center stage, Lim explains that “ceremonial occasions usually use wine for toasting.”

Basi, he adds, “is a traditional Philippine wine made from sugar cane; lambanog is a distilled spirit or liquor.”

Manguiat hopes Filipinos, especially those living and working abroad, will take pride in the new, improved lambanog—enough to give it away as presents or pasalubong and to mark special occasions. He also hopes foreigners will find it a good takeaway to remind them of their visit to the Philippines.

Over 15,000 prisoners freed to decongest BJMP jails amid pandemic—DILG