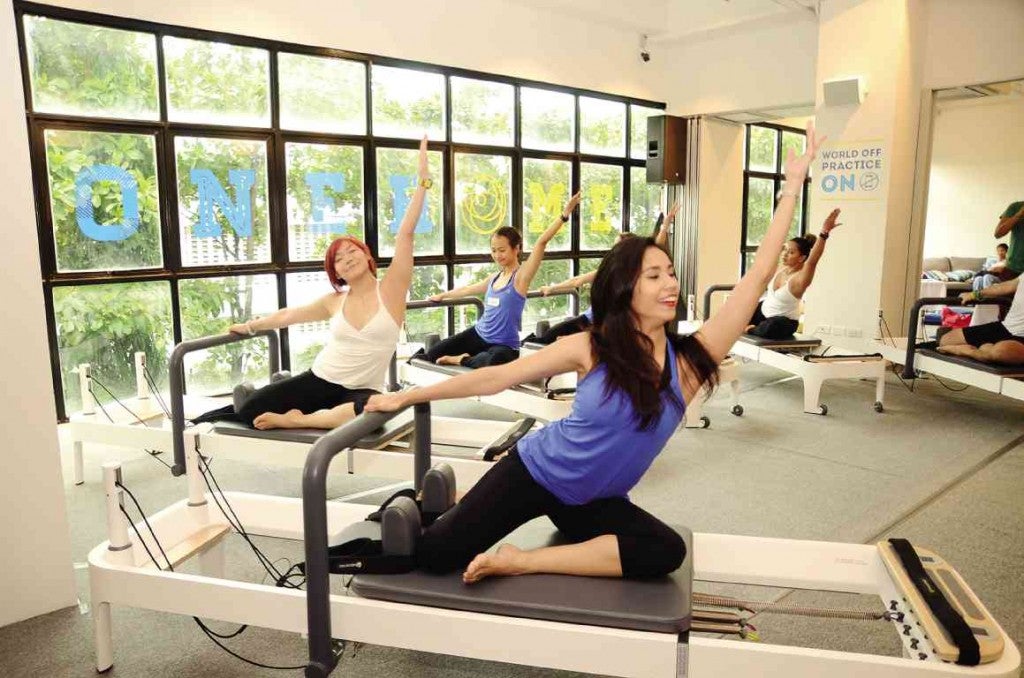 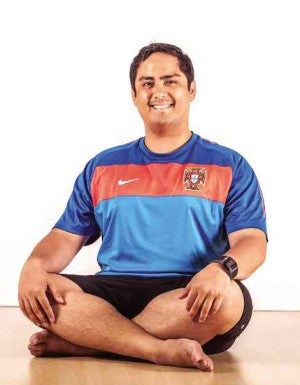 Ferdinand Aguila Jr. says he is an unlikely candidate to put up a yoga and Pilates studio.

MANILA, Philippines–It was always his mom’s dream to put up a Pilates studio, long before the onset of the health and wellness revolution.

Back then, Ferdinand Aguila Jr. was only 16 years old, and his mom, Fem, was too busy raising her kids and taking care of other businesses to make that dream come true.

Aguila seemed the unlikeliest candidate to fulfill that dream, and not just because of his age.

He related that for an “overweight, non-flexible adult male” like himself, the idea of doing Pilates or yoga—or even opening a yoga and Pilates studio—was not very attractive.

But hitting his 30s and having a yogini for a girlfriend made him change his mind.

“It certainly wasn’t love at first practice, but there was something about yoga that I couldn’t shake—something that kept calling me back against my initial protestations,” he related.

Aside from yoga, he also got into suspension training and tai chi. His mom eventually encouraged him to try Pilates as well.

“I said, ‘Why not?’ I loved how the equipment looked, and I read that Kobe (Bryant) and Lebron (James) swore by it. If it’s good enough for the best players in the NBA, it’s definitely good enough for me. And I grew to really enjoy the reformer. It’s really an excellent piece of equipment,” he said.

His newfound love for yoga and Pilates, plus the return of his yoga enthusiast aunt Marina Go to the Philippines from the United States led to the founding of Onelife Studio, fulfilling his mom’s 16-year-old dream.

Onelife Studio opened the doors of its first branch in Greenhills on May 24, 2013. Just a little more than a year after that, its Makati branch started operating.

While Onelife can already be considered a success, having been able to open a new branch in just a year, Aguila related that he went through considerable growing pains.

“Being an entrepreneur, regardless of age, comes with a whole laundry list of challenges, including things they don’t tell you in school: paying taxes, doing payroll, hiring and firing people, coming up with capital, and customer service. Even just registering your business and getting all the permits can be quite a challenge,” he said.

Even now that Onelife is more than a year old, he said a number of challenges remained—mostly in juggling multiple tasks.

“I think one of the biggest challenges to date has really been the multitasking. In any business, there are so many roles that need to be filled: marketing, sales, accounting, finance, human resource, administration, and other functions. I learned early on that I can’t do it alone,” he related.

Aside from De la Cruz and Marduli, around 20 other people make up the rest of Onelife’s teaching staff, all carrying certifications for their fields.

Most of the studio’s yoga instructors were trained by American Yoga School’s James Brown, whom Onelife brought to the country earlier this year.

Onelife’s Pilates instructors, on the other hand, underwent training with Body Balance, one of the world’s biggest Pilates companies.

Onelife offers a wide range of classes throughout the day, catering to almost everyone who wants be healthy and fit. It even has classes for children and children with special needs.

“We offer one of the most, if not the most, kinds of classes (in the market). We have group reformer Pilates classes, suspension training, different kinds of yoga, including Vinyasa Flow, Restorative and Yin, as well as Zumba, bellydancing, poi and tai chi. We aren’t afraid to try new things and integrate them into the studio,” Aguila said.

Despite the increasing number of yoga and Pilates studios, gyms, and other health and fitness establishments in the country, he believed the market was still large enough to accommodate everyone who wanted to get into the wellness business.

“Wellness in the Philippines is still pretty much in its infancy. There’s a wide market out there. People just need to see the benefits of what we do,” he explained.

He said yoga and Pilates, in particular, were sustainable activities that one could do their whole lives. Those who were already engaged in other fitness activities could do yoga or Pilates as a complementary activity.

Potential entrepreneurs who would like to get into a similar business, or any business at all, he said, should prepare to make a commitment.

“People always talk about passion. But, much like infatuation, passion tends to run out. Like a real relationship, running a business takes commitment. So ask yourself: are you committed to your goal? Will you persevere until you get it, even when the going gets tough? Because it will get tough,” he related.

“Running a business isn’t easy, and it oftentimes isn’t glamorous. But when you’re committed and you succeed, it is infinitely rewarding. So my advice: don’t give up. Don’t lose sight of your goals. Commit to success,” he added.