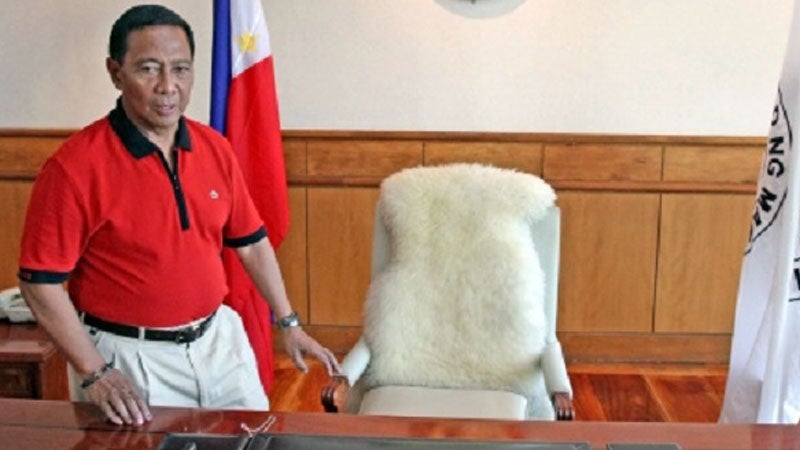 Q: We’re the same group of major-in-marketing students who asked for your MRx’s in two previous occasions.

This time, we want to know about Integrated Marketing Communication, which we took up last trimester.

Someone in our group raised a provocative question about VP Binay.

She asked if VP Binay used IMC to win the VP position in 2010 and if he would use it again in the coming presidential elections.

We’re all young voters who are very concerned about who will be our next president.

Will you please do us and the many other young voters who are your readers a favor?

Please tell us what you know about how VP Binay effectively used IMC to win as VP and how he can use it again to be elected to the highest position in the land.

A: I can give a decent enough answer to your first question. However, for your second question, I can only make an educated guess.

But first things first: what is Integrated Marketing Communication (IMC)?

In the first issue in 1995 of the Integrated Marketing Research Journal, Professor Tom Duncan of the University of Colorado formally introduced IMC to marketing. According to Professor Duncan, IMC is the process of coordinating all the elements of a marketing campaign consisting of advertising, sales promo, direct marketing, and PR so that they all work together and deliver one message. That’s basically defining IMC as a marketer behavior.

But IMC is also a consumer behavior.

IMC also refers to the mixing and integrating by consumers of messages from two or three marketing activities that they like mixing.

It’s rare to find consumers mixing and integrating four or five marketing activities, and then testing the singularity of their messages.

Consider the most common consumer-driven integrating which is just a pair, namely, the advertising and promotions.

If the pair is advertising-led, consumers make sense of the mix by inferring: “If this brand wants to reach a lot of us, then it has to advertise. But if it also wants us to act on what its ad is saying, then it has to follow through with a promo.”

In contrast, if the pair is promo-led, then consumers say: “If this brand wants me to buy now and not later, then it must go into promo immediately. But if it wants its promo to reach a lot of us, then it has to advertise its promo.”

What then is a successful IMC? That’s the one where the IMC as consumer behavior converges with the IMC as marketer behavior.

Suppose there’s divergence. What then?

Align then with the consumer. She’s the one buying and using. She determines sales.

In the case of VP Binay, what consumer-driven or more specifically, what voter-driven IMC won for him the VP position? It’s a pair. It’s the pair of: (1) a distinctive advertising message that uniquely and memorably positioned the VP in the voters’ minds, and (2) a well-planned and flawlessly executed PR campaign with the mayors of the country.

So there were two target “market” segments: (1) the voters and (2) the influencers, namely, the mayors.

That’s the answer to the question: “What must voters learn about Jejomar Binay that will make him stand above his two leading VP rivals and also resonate with what’s a priority to the voters?”

It was the creative communication genius of Greg Garcia (former Leo Burnett’s Chief Creative Officer, chairman and managing director) who found the answer from his interaction with voters of different ages and locations.

That winning positioning was the one-liner that goes: “Iniisip pa lang ng iba, ginawa na at ginagawa na niya.” (What other candidates are still thinking about, he has already done or is already doing.)

For the influencer (mayor) segment, the astute VP Binay Team saw Binay’s fellow mayors as the key to completing and closing the winning voting equation.

That equation says that to win an election, you must win the hearts and minds of voters AND you must have a winning political machinery.

The “AND” is a multiplicative relationship between winning the voters and a winning political machinery; it’s not additive.

In other words, you must have both because if you have only one and even if you’re scoring well there, you’ll lose the election.

What political machinery did the Binay Team set up, execute and magnify? It was an ingenious PR program. It came to be known as “The Sister City Program.”

In essence, this program “fostered sharing of best practices and economic and social assistance with other LGUs in the country.” For example, the program assisted in enhancing the literacy rate of students from sister LGUs where qualified students from those LGUs were given scholarships at the Makati Science High School plus stipend and accommodation inside the school campus.

By 2012, 356 sister cities had taken advantage of this service plus several others. There was both personal and political bonding established between the VP and those 356 mayors. That’s a powerful political machinery established and still in place.

It was the PR genius of Tommy Lopez who created this program. Tommy is now president of the University of Makati.

So will this pair of IMC levers win for VP Binay the presidency?

I think the right question to ask is: “Does VP Binay’s rival have in its team a Greg Garcia to win the voters and a Tommy Lopez to run a winning political machinery?” These two IMC geniuses are professional “king makers” dedicated to their discipline and its success. If VP Binay’s rival has in its team a Greg and a Tommy, it must make sure that the pair is better than Binay’s Greg Garcia and Tommy Lopez because these two have been in this game for a long time. If the rival has no such pair of IMC geniuses, that rival and his team must pray hard for a miracle to win the race.

Keep your questions coming. Send them to me at [email protected]