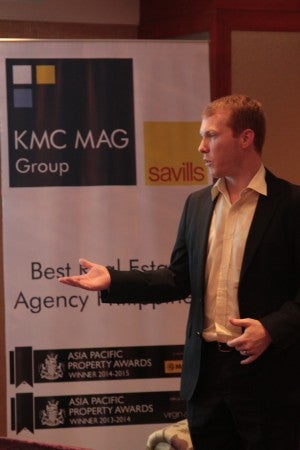 KMC MAG Group said that there is a growing demand for BPOs to expand to sites outside of Metro Manila driven primarily by the desire to lower attrition rates, which in some companies are up to 100 percent annually.

“There are sites here in Metro Manila where they lose a thousand employees resigning every month,” Gerold Fernando, KMC MAG Associate Director, said in a recent roundtable discussion with reporters.

“If you put a site where these people live, [attrition is] cut down to a significant number, a tenth probably, because the cost of living is cheaper and you work where you live,” Fernando said. “It’s a win-win situation for the company and for majority of the BPO workers.”

Among the potential Next Wave Cities around Metro Manila are in Laguna, Cavite, Pampanga, Bulacan, and also Clark.

Meanwhile in the Visayas region, Iloilo and Bacolod are seen as the Next Wave Cities around Cebu. In Mindanao, Cagayan de Oro is being eyed as a Next Wave City near Davao.

“[Expanding to the Next Wave Cities] promotes decongestion of Metro Manila and promotes uplifting the economy of these Next Wave Cities. It increases middle income earners making it advantageous in all aspects,” Fernando said.

Michael McCullough, Managing Director of KMC MAG, however, noted that several key components are still missing in these Next Wave Cities to make them more attractive to international investors.

“Educational institutions are there, the labor is there, but there’s not a whole lot of available office space there. If you’ve been driving in the province you don’t see a grade A office space just waiting to be leased,” McCullough said. 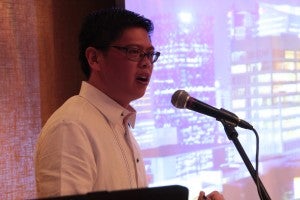 “You can’t fly some Americans in and take them to a grassy patch of land and say ‘this will be your office, I promise it will look like this picture.’ They don’t buy it. They have to see something that exists and those are mostly always in Metro Manila, Metro Cebu, and Davao now,” he said.

Some BPOs however are bold enough to take the risk in building sites in Next Wave Cities and some get rewarded when their gamble works, McCollough said. But when they do succeed in expanding to a site outside Metro Manila, the big BPO companies are sure to follow suit in that location.

“The people are easiest for BPOs to find, they already have [them] inside their company. The Human Resources team says that a percentage of workforce actually live in Bulacan, for example. So if they locate to Bulacan they can just promote them or transfer them,” McCullough said.

“They can make the same amount of money and they will have a shorter commute, they’re gonna be happier and less stressed. It’s a win-win for a lot of people. The idea is to help with that trickle down effect by improving the local economies,” he said.