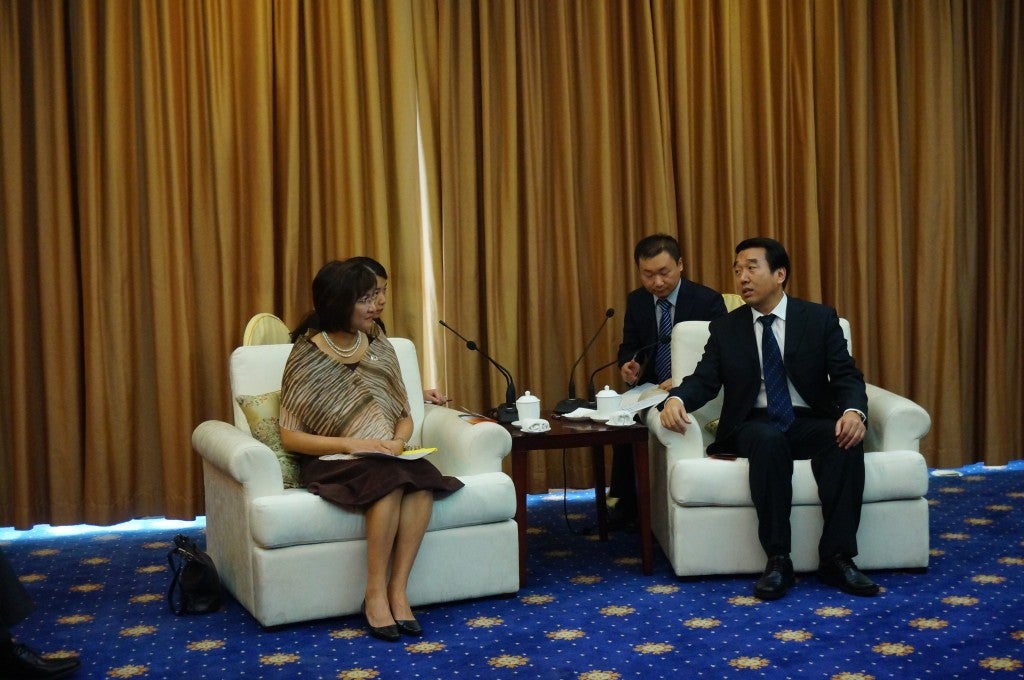 NANNING CITY, China – The Philippines will continue to pursue economic cooperation with China despite the ongoing sea dispute in the West Philippine Sea (South China Sea).

“I’m not [going to] say that it [would] affect [Manila’s business ties with Beijing]…The world will continue to do business,” Trade Undersecretary Nora Terrado said on Monday.

“That is beside the point,” she told reporters.

Nanning City is the capital of Guangxi, the permanent hub of the China-Asean Expo. The trade and business fair hosted by China will kick off on Tuesday, Sept. 16. The event is for members of the Association of Southeast Asian Nations (Asean), and was strategically located along the South China Sea.

At the same time, China is embroiled in territorial row with neighboring countries including the Philippines.

The trade and business fair will include e-business for the first time in its agenda.

“For the first time in this expo, we will hold the e-business forum, the financial cooperation and investment forum. These are new services,” Liu said at a meeting with Terrado.

E-commerce draws on new technologies such as the Internet in doing trade and businesses and is threatening traditional retailers. An analysis from Wall Street Journal in July said that the e-commerce industry is set to boom in Southeast Asia in the next few years.

The Philippine delegation, meanwhile, reiterated its “commitment to enhance its bilateral relations” with China.

“We are very happy to hear that e-business will be part of this year’s exhibition,” Terrado told Liu.

Later with reporters, Terrado said that the Philippines will be able to compete in the e-commerce industry.

“We have the people in the Philippines to do business using technology. As far as the IT-BPM [Information Technology Business Processing Management] is concerned, we have exceeded one million people and more than a hundred thousand are pure IT,” she said.

“Aside from that there are a lot of young people digitally savvy. We cannot avoid not using technology in business,” she added.

China slowdown to have little impact on PH