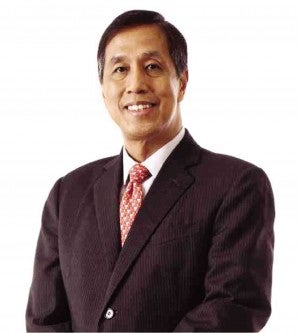 It was the kind of speech that could get a young man fired from his job.

Fortunately for Joey Bermudez, he is no longer a young employee but a man who has reached the pinnacle of his banking career. As such, he could deliver an address that would make the assembled crowd of financial industry professionals squirm in their seats, but result in them giving him congratulatory handshakes after, instead of some disapproving head shakes.

Last week, Bermudez—who recently announced his retirement from banking in general and as president of the Philippine Veterans Bank in particular—invited his close friends to a Thanksgiving Mass at the Santuario de San Antonio church in Forbes Park, Makati.

After the liturgy, he delivered his valedictory to his friends, all of whom listened in rapt attention.

“Forty years ago, I became a banker,” Bermudez said. “I was then a lanky 18-year-old night student at the University of Santo Tomas, but a local bank called Manufacturers Bank and Trust Co. was crazy enough to take a risk on me.  Since then, I have been nothing else but a banker.”

“At the end of this month, I shall end my engagement as president and CEO of Philippine Veterans Bank so I can resume my previous life where I could spend half of my time with my family in Toronto and the other half with my social enterprise called Maybridge in Manila and Toronto.”

Toronto is where Bermudez’ family resides. He migrated to Canada with them some years ago after he relinquished the helm of CTBC Bank (Phils) Corp., then known as Chinatrust Philippines, the local unit of Taiwan’s largest private financial group. He would not stay out of action for long, though, as he soon returned to the Philippines to chair Maybridge Financial Group.

In between corporate meetings and trips to Toronto, Bermudez took time to be active in the Management Association of the Philippines, and wrote a column for the Philippine Daily Inquirer, which he used effectively as a bully pulpit to push his pet advocacies in corporate governance and financial empowerment of the less privileged.

He did not, however, stop being a banker. And he admitted as much during last week’s speech.

“I shall remain a banker by heart and by professional orientation. In fact, today’s gathering celebrates this journey as a banker,” he pointed out.

Bermudez continued: “Forty years is a long time. Some marriages do not last forty years. Some people do not live till forty. Some institutions crumble before they are forty. Most people retire before forty years of service. Forty years is therefore a significant milestone.”

“Milestones remind us of our greatest blessing: The blessing of time. Time does not just heal wounds; it also clarifies. It enables us to understand things that otherwise confound us. Time brings satisfying closure to issues, allowing us to appreciate the essentiality of contradictions in life.” 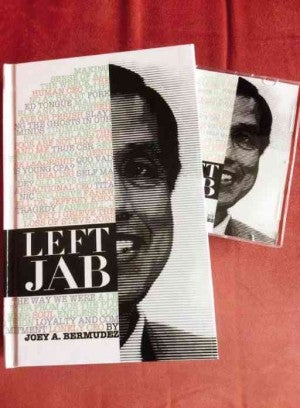 “While we fear contradictions for the conflicts they impose on us, time makes us realize the importance of resolving them.”

“In the last forty years, I have seen how the banking industry has grown stronger by facing up to contradictions,” he said. “At the same time, I have seen how its occasional refusal to exorcise its ghosts has weakened it.”

Bermudez explained that political will was often necessary to ram through painful reforms that are necessary to improve any system, including the traditionally conservative banking industry where change is often resisted.

And it is at this point that his assembled audience fell into a deeper, more pensive silence. Some began to shift in their seats.

“Time vindicates unpopular actions that take the bull by its horn,” the banker said. “We are talking about accepting short-term disruption in exchange for lasting stability.”

“Too often, whether at home or in the workplace, we opt for uneasy silence, falsely hoping that ceasefires can be forever. Instead of meaningfully settling a problem in the office or at home, we opt for a temporary cessation of hostilities to preserve ‘peace’.

“Unresolved contradictions produce a kind of moral violence that is bigger than what temporary silence seeks to prevent. If peace were about silence, then the best place to find peace is in the cemetery. Alas, while there is silence above the ground, underneath the quiet tombs is the horrifying violence of millions of maggots feasting on defenseless corpses.”

Then, he exhorted his friends to choose the path that is right but difficult over that which is expedient.

“Time rewards the courage of those who insist on resolution and closure. It makes regretful those who choose the cowardice of compromise. For this reason, we are given the opportunity at every turn to make essential choices.”

And Bermudez warned: “That is not to say that we don’t have the freedom to choose the bankruptcy of fence sitting and not making any choices at all. I recall many episodes in our life as a nation when we allowed pragmatism to slowly kill our idealism. The passion that fired the great revolutions and reform movements in this world had to yield to the political realities and fears of the day.”

“Because of our inability to accept the short-term pain of embracing good and shunning evil, we invented the practice of momentarily tolerating a little evil in order to avoid the inconvenience of confrontation. This behavior prevents us from making an essential choice. By such failure, we miss the opportunity to define the moment instead of being defined by the moment. We lose by default because we cowardly stand by while time fritters away our choices.”

“Must we mourn the passage of time? Should bankers of my age now fret that there can’t be forty more years of banking for us? No, we don’t need to. Of course, we’re sad that our remaining time in this world is dwindling every day. But our greater fear ought to be that we might not make enough impact on this world before time runs out on us.”

At this point in his speech, everyone was listening attentively. His audience was hanging on his every word. You could’ve heard a pin drop. 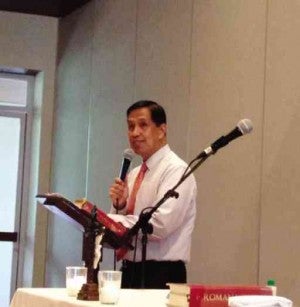 He sympathized with his audience, many of whom are still facing—or have yet to face— the moral dilemmas that he struggled with.

“Forty years of banking will not allow anyone to fence-sit. There are many difficult choices along the way.  The toughest ones are those that threaten career and reputation. When there is great risk of losing the paycheck that puts food on the table, anyone would agonize and lose days and weeks of sleep. No, it isn’t fun to make choices that offend City Hall. But believe me, nothing thrills me more today than fond recollections of those moments when I dared make tough choices.”

“When an old man says that he is wealthier for the wisdom he has gained, he is not just trying to console himself. He is merely stating the obvious. Time is inarguably the greatest teacher. If there is anything that we must be truly thankful for, it is time. Without time, what do we make of anything in our grasp? Exactly nothing.”

“Nonoy Zuñiga sings of the immutable relationship between the world’s most powerful feeling, love, and mankind’s scarcest resource, time. ‘Our love just never had time.  Now we’ve run out of moments to save our love in time’.”

“As I put this piece away, I know that tomorrow and for the rest of my life, I will run into many more wicked contradictions that will call for brave choices. I am unfazed because I know that after forty years of seeing what the worst can possibly be, I have acquired the ability to summon enough courage to confront and subdue my life’s demons.”

As he came to the end of his valedictory address, I am reminded of the 1996 Tom Cruise movie “Jerry Maguire” where the protagonist has a sudden epiphany, and proceeds to write a manifesto against his company’s business practices, and got promptly fired in the process.

Bermudez is not quite Tom Cruise, but he spoke with the same passion.

And unlike in the movie, no one was going to fire Bermudez after his provocative speech. He is, after all, his own man with destiny in his own hands.