But contractor says construction may not start this year
By: Miguel R. Camus - Reporter / @miguelrcamusINQ
Philippine Daily Inquirer / 01:39 AM September 05, 2014 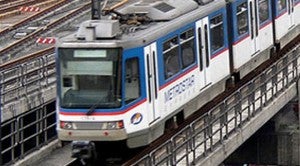 The transportation department has cleared a consortium backed by San Miguel Corp. to proceed with the construction of the P62.7-billion Metro Rail Transit Line 7 (MRT 7) elevated railway line that will link Metro Manila to Bulacan province, a senior government official said.

Universal LRT Corp. Ltd., which won the right to develop MRT 7, can now obtain a loan to undertake the project, Transportation Secretary Joseph Abaya told reporters in an interview late Wednesday. This is after the government released the implementing guidelines and approved the so-called performance undertaking, or financial guarantee.

“That [MRT 7] is good to go. The ball is in their court,” Abaya said, referring to the consortium.

Even after years of delay in approving the performance undertaking, the MRT 7 construction will not likely start within the year, and the project may be completed before 2018, project contractor D.M. Consunji Inc. said. The financial guarantee is typical for the rarely profitable railway business.

As noted, the next step of Universal LRT is to secure an official development assistance from the Japanese government, which will finance most of the project cost.

“The government is requesting them to do the financial close as soon as possible,” Abaya said.

Universal LRT is composed of conglomerate San Miguel, which has been diversifying away from food and drinks and into higher yielding infrastructure businesses, and the Zamora Group.

The project may be completed over a period of three years, he added.

Abaya previously noted that Universal LRT “could do advance work” once it gets the approval of the government.

MRT 7 involves the construction of 22.8-kilometer rail line, starting from San Jose del Monte in Bulacan up to Quezon City.

It will be the first major extension of the MRT 3 in Metro Manila, which operates on Edsa.

The railway line is estimated to operate as many as 108 rail cars using a three-car train configuration, based on proponent’s initial plans.

According to the National Economic and Development Authority, MRT 7 will start from the North Avenue station on Edsa, Quezon City, passing through Commonwealth Avenue, Regalado Avenue and Quirino Highway, up to the proposed intermodal transportation terminal in San Jose del Monte, Bulacan.

The entire line will have 14 stations.