FamilyMart to open franchising by end of 2014 to spur expansion 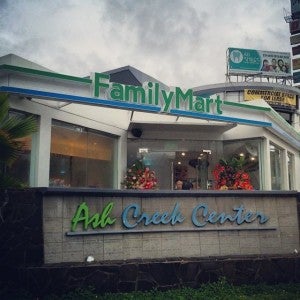 MANILA, Philippines—Japanese retailing chain FamilyMart, a retail store chain brought to the Philippines by the Ayala and Rustan’s groups, will open up to franchising by the end of this year to speed up its nationwide expansion.

Anton Huang, president of Philippine FamilyMart (PFM) and SSI Group Inc. said in a press statement on Tuesday that franchising would hasten FamilyMart’s store roll-out while offering opportunities to hundreds of families and individual entrepreneurs who have been looking for ways to go into business.

“We will provide all out support to ensure that their business is properly run. We want them to succeed because their success is ours as well,” he said, adding that the details for a franchise were still being worked out, as of Tuesday.

Huang said SSI’s long experience in building brands in the country would be critical for the FamilyMart brand to gain a distinct position in the market and immediate consumer acceptance. “From a virtually unknown brand, FamilyMart has now become a recognizable brand that has ushered in a new convenience store lifestyle.”

Established in Japan in the 1970s, FamilyMart is currently the world’s second largest convenience store chain with more than 22,000 branches worldwide. It is present in Japan, South Korea, Taiwan, Thailand, China, Indonesia, Vietnam, USA, and the Philippines.

Since it opened its first store in Glorietta 3 Makati in April 2013, the Japan-based brand has been aggressively expanding its footprint in the Philippines. It opened 31 stores in 2013 and targets to end 2014 with up to 90 to 100 stores.

As of June 30 SSI retailed 103 international brands in 655 stores located in 68 malls throughout the country.