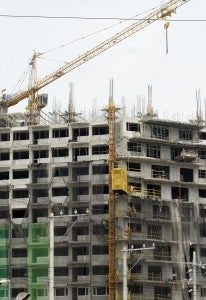 Socio-economic Planning Secretary and Director-General of the National Economic and Development Authority (NEDA) Arsenio Balisacan said in an interview with reporters that it is not surprising for the Philippines to have low FDI compared to neighbor Asean countries.

“If you look at our neighbors in Asean through the last 30 years, these countries have consistently been growing at a rate of 6 to 8 percent annually,” he said.

“But for us, when did we start growing consistently at the same rate? Only in the last three years,” he said.

Balisacan said that businessmen will think twice about investing in a developing country that has an unstable growth. They would prefer the countries which have achieved sustained growth.

“If a country is known for corruption, power shortages, lousy infrastructure, these will reduce the productivity of capital and therefore the profitability and earnings of businesses,” Balisacan said.

“[Other Asean countries] have been growing long enough and they are already magnets of FDIs. The challenges for us is to make sure that our growth is sustainable, and eventually we will be attracting more and more FDIs,” he said.

Balisacan cited the six percent average economic growth of the Philippines in the past three years as reason for what will soon be an increase in the FDIs going into the Philippines.

“Rome was not built in a day. There are no miracles, we are talking about the real world here,” he said.

Aside from FDIs, the Philippines also ranked as the second lowest in international trade with 64.79 percent of GDP.

The lowest ranked is Indonesia with 50.07 percent, then Philippines, followed by Laos with 82.27 percent.

The remaining countries in the Asean have international trade percentages above 100, such as Brunei with 112.54 percent, Cambodia with 113.58 percent, Thailand with 148.83 percent, Malaysia with 163 percent, Vietnam with 179.98 percent, and Singapore with 379.14 percent.

Philippines continued to rank highest in Asean in foreign remittance inflows with 10.25 percent of GDP.