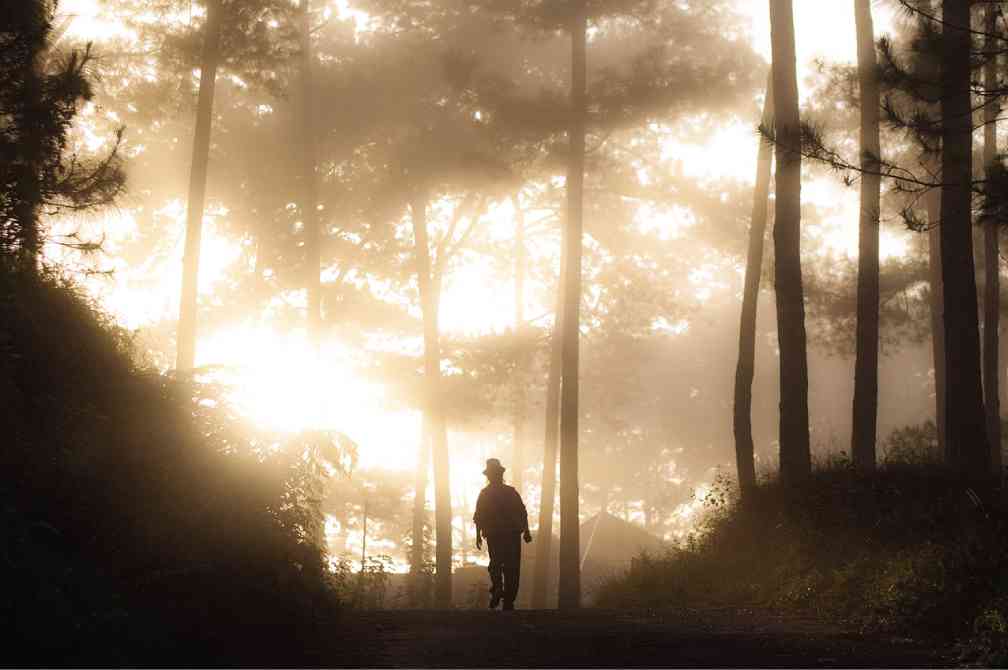 PINE IS FINE. Baguio residents have been vigilant about the city’s remaining trees, which help sustain its aquifer. Investments that could protect the forest are welcome. RICHARD BALONGLONG/INQUIRER NORTHERN LUZON

BAGUIO CITY—Rains have pounded the summer capital again and, for a city that lives off rationed water, each unused drop could be money down the drain.

Rainwater could become a commodity that might be sold to neighboring provinces in the future, if Baguio and like-minded towns in the Cordilleras were to spend on a network of reservoirs in the region’s forests that would be treated for potable water use, experts said.

Rainwater is but one of many unconventional business options that investors may consider as residents push for the reshaping and improvement of Baguio, which turns 105 years old on Sept. 1.

Heavy traffic in the city has forced the Baguio government to seek out investors who are accomplished in parking management systems. Green architecture is also in great demand here, given the construction projects around the downtown area.

But Baguio’s exposure to heavy rainfall grants it a resource that could quickly be developed.

During the National Competitiveness Council roadshow here in March, the World Wide Fund for Nature Philippines (WWF-Philippines) said rainfall could be a profit center for Baguio, which receives the highest rainfall in the country. 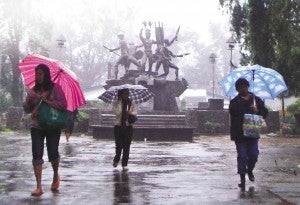 WET WINDFALL Apart from the cool weather, Baguio is also the city that receives the highest rainfall in the Philippines, which Baguio and national businesses could consider developing. EV ESPIRITU/INQUIRER NORTHERN LUZON

The mountain resort has a population of 325,000 (as of 2010), taxing the city’s aquifer and watersheds, records showed. The city has been living off rationed water since the 1980s.

“But why depend on watersheds when rainfall is your prime source of water?” asked Moncini Hinay, WWF-Philippines project manager, who spoke at the roadshow.

A WWF-Philippines business risk assessment report urges cities like Baguio to “steer new investment toward climate-appropriate technology, skills, infrastructure and systems that deliver on both current and future needs.”

This means that the mountain resort city has substantial water resources that may be harnessed, Hinay said.

The Baguio Water District (BWD) operates only one rain reservoir on Mt. Sto. Tomas, which it built in 1985 using a government loan.

According to Edilberto Carabbacan, Cordillera regional director of the Department of Public Works and Highways (DPWH), towns or cities can invest in P10-million small impounding dams, or share in building a common rain reservoir that may cost up to P100 million.

Selling potable water outside the region is a viable idea, he said, considering that the Cordillera has yet to see any economic windfall from being Luzon’s watershed cradle. The headwaters of many Luzon rivers are in the upland Cordillera provinces.

Water harvesting also opens up a potential side business in water filtration systems, which investors could design for single household use.

Baguio households have been collecting rainwater each time the monsoon season sets in. Owners of houses and buildings in the city invest in water tanks, recycled containers and plastic drums, which they use to collect water that they can use in cleaning and toilet flushing.

Four drums, a resident said, may cut down his family’s water delivery expenses by as much as P1,000 a month, when rains pour daily in Baguio.

Carabbacan said water treatment to convert rainwater into potable water has been the expensive stage of water distribution for many utilities.

Investors, however, can tap into new filtering technologies being developed for a mass-based clientele.

The Cordillera Studies Center of the University of the Philippines Baguio (UP Baguio) has been studying various home filtration processes to draw out a cost-effective filter that uses indigenous materials.

One study focuses on a filtering device developed by the Mariano Marcos State University (MMSU). The device reduces the bacterial content of rainwater before it undergoes the conventional treatment process.

UP Baguio is piloting a three-stage rain water filtration process for its campus.

Baguio groups have also been seeking technology to clean the city’s air and unclog its jammed streets.

Last year, Toshio Harashima of the Baguio-based Japanese Association in Northern Luzon set up a booth at the Benguet State University in La Trinidad town in Benguet province to popularize electric vehicles. 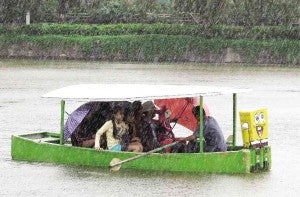 This year, BHF began drawing signatures to a petition that calls for the institutionalization of SUMP. This urban renewal plan proposes to use battery-powered shuttles, instead of the conventional jeepneys and taxi cabs, on the side streets of downtown Baguio.

BHF said the SUMP would free up downtown Session Road for purely pedestrian traffic, which would benefit local businesses based on an urban behavioral study that showed that less stressed residents are more prone to spend.

Mayor Mauricio Domogan has a different mass transport solution, having commissioned a feasibility study for a light rail transit system that would accommodate people from neighboring Benguet towns who travel to Baguio to work or to study.

Domogan had also asked the private sector for ideas concerning parking in the central business district.

But Glassborow said a feasibility study would have to be done to ensure the project would not affect Burnham Park’s aquifer.