SEC approves Century plan to issue P3-B worth of bonds 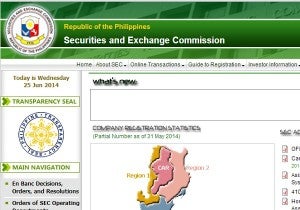 The Securities and Exchange Commission has approved the plan of property developer Century Properties Group Inc. to debut on the local bond market with an offering worth P3 billion.

In a disclosure to the Philippine Stock Exchange on Friday, CPG said it was offering bonds in three-, five- and seven-year tenors.

These are expected to be listed on the fixed income trading platform Philippine Dealing and Exchange Corp. on Sept. 2.

The bonds were priced to yield as follows: three years at 6 percent a year, five years and six months at 6.6878 a year and seven-year bonds at 6.9758 percent a year.

The bonds were priced by CPG together with its joint lead underwriters BDO Capital & Investment Corp. and The Hongkong and Shanghai Banking Corp. Ltd.

The offering is in line with CPG’s strategy to diversify its funding base and pursue growth opportunities that enhance returns to shareholders.

As of end-2013, the company has completed 24 condominium and commercial buildings (8,197 units) with a total gross floor area of 836,867 square meters, including: Essensa East Forbes in Fort Bonifacio, SOHO Central in the Greenfield District of Mandaluyong City, Pacific Place in Ortigas, collection of French-inspired condominiums in Makati City called Le Triomphe, Le Domaine and Le Metropole and the Gramercy Residences in Century City, Makati City.