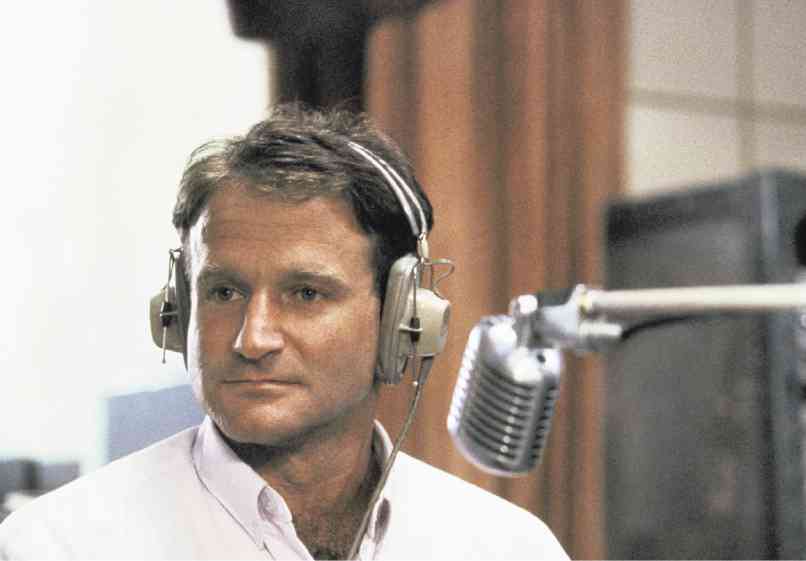 The day Robin Williams’ suicide hit the news, a patient asked me in the clinic if I had foreseen the suicide of a male celebrity; if that was why I wrote about suicide in men in my last two columns.

Actually, I had not. But with all the various stresses modern living besieges men and women with, depression—the main trigger of suicide in men—is a pressing reality that has to be properly addressed, rather than just dismissed as an incidental problem in modern society that requires no serious attention.

Robin will no doubt be the new icon of any advocacy aimed at addressing the problem of depression and suicide in men. It seems like he sacrificed his own life to dramatize the urgent need to revise our mentality that real macho men should not feel depressed nor express any such feeling, and that men are stoic enough to think about taking one’s own life.

Men are humans, too; with more stressors in life compared to women which they are vulnerable to, as we’ve discussed in the previous column, unaddressed depression can push men to the edge.

This is where a strong and sensitive emotional support structure from family and friends can avert suicide. Everyone should be sensitive enough to detect any sign of depression in men, who in most instances may not express it as openly as women. Even remarks seemingly said in jest about “disappearing from the face of the earth” or “solving problems the easiest way out” should be taken seriously and looked into.

The public should be educated that it’s okay to seek help when one feels emotionally disturbed. Seeing a psychiatrist or psychologist is nothing to be ashamed of. Simple sadness which does not affect one’s thinking and functioning is not alarming, but real depression should not be equated with simple sadness.

When one is no longer functional and he can no longer do the things he usually does, then that should ring the alarm bells of people around him, and consider seeking professional help for the person. When one resorts to substance abuse (alcohol or drugs) to attain a temporary “high,” the situation becomes critical and requires more emergent action.

Depression should be looked at as similar to medical problems like diabetes or high blood pressure which need lifestyle changes and medications through the supervision of a trained physician.

Similar to other medical problems

Just as diabetes is due to a lack of the hormone insulin, and hypertension is due to an excess of some hormones like epinephrine, depression can also be due to a hormonal imbalance, specifically, a lack of the hormone serotonin, which can be corrected with medications. And just as we prescribe both lifestyle modifications and medicines for diabetes, hypertension and many medical problems, psychotherapy and medications are also prescribed for people who are moderately or severely depressed.

We usually admit our heart attack or stroke patients to the intensive or coronary care unit (ICU-CCU) for close monitoring. Just as we do so, severe depression with suicidal tendencies should also be considered an emergency case, and admitted to a hospital capable of 24-hour close watch of a suicidal patient. No chances should be taken, hoping that a severely depressed person would have a sudden change of heart and mind and wake up the following morning in high spirits. It would take some time, and usually some adjustments in the medication regimen of a depressed person, before we could expect any remarkable improvement in his thinking and feelings.

The good news, though, is that depression can be effectively treated, and suicide—in men and women, young and old—can be prevented. But treatment—whether it’s psychotherapy alone or with medicines—should be sustained, and the person has to be checked from time to time how he is progressing.

There may be periods of “quiescence” when everything is stable; but a person with a history of moderate to severe depression and his close family members should also be conscious of triggers and risk factors which can bring back the depression, and for which treatment may have to be promptly resumed.

I guess the most important thing is that family members and close friends must always make a depression-prone person feel that he’s never alone, because severe depression and suicide are like an engine; and it’s this feeling of being alone and a complete feeling of helplessness that serve as the key which turns on the engine and can make it go over the cliff and plunge to a deep ravine.

Robin Williams was a beautiful and tremendously gifted person whom I admired a lot. When I heard the news about his death on CNN, I felt like I lost someone I deeply knew. Many times, he has made me laugh and I could feel my “happy hormones” surging. He could do it so well; too bad, no one else could do it for him.