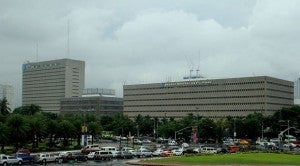 The Bangko Sentral ng Pilipinas (BSP) may decide to increase interest rates further at its next meeting as consumer prices surged to their fastest pace in nearly three years, the region’s biggest bank said.

In a new report, Singapore’s DBS bank said monetary authorities’ hawkish tone in the past days pointed to another increase in benchmark overnight borrowing and lending rates next month. The domestic economy, the bank said, was strong enough to absorb the more expensive cost of money.

“The BSP continued to sound hawkish after inflation (rose) in July,” DBS said in a note to investors Friday.

It also nearly breached the BSP’s target range for the year of 3 to 5 percent. For all of 2014, the BSP expects inflation to average 4.33 percent, implying that prices would stabilize in the coming months.

The BSP’s main goal is to protect the public’s purchasing power by keeping price increases as slow as possible.

At its last policy meeting, the BSP’s policymaking Monetary Board raised overnight borrowing and lending rates by 25 basis points. Prior to the increase, both benchmarks stood at record lows since October 2012.

These adjustments were also preceded by increases in banks’ reserve requirements and an increase in yields for special deposit accounts (SDAs)—moves that seek to mop up excess liquidity from the economy. Controls on liquidity aim to curb excess demand, which would offset supply pressures that have been driving prices up.

“After raising its key policy rate last week, expect the BSP to deliver another hike in the next policy meeting,” DBS said.

DBS said it was confident that the domestic economy would be strong enough to absorb higher interest rates without bogging down. This strength would come partly as a result of accelerated government spending in the second half of the year to offset the slowdown in the first quarter.

“Higher government spending is also one of the factors that the BSP has pencilled in its second-half growth outlook amid the ongoing infrastructure overhaul,” DBS said.

This year, the government is targeting a growth rate of 6.5 to 7.5 percent for the domestic economy. Last year, gross domestic product (GDP) rose by 7.2 percent and average growth in the last four quarters ending March was 6.9 percent.

Both the International Monetary Fund (IMF) and the World Bank expect growth to come but still fall short of the Aquino administration’s goal.