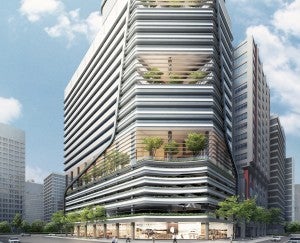 Despite the robust economic growth being enjoyed by the Philippines these past few years—as always trumpeted by the Aquino administration—many Filipinos remain poor, if pundits are to be believed.

But if one goes around Metro Manila, one will see a number of development projects that may turn a skeptic into a believer in the economic miracle that has turned around the Philippines from being the “sick of man of Asia” to one of the emerging economies in the region.

See the malls choked with people shopping all day; more vehicles on the roads, causing traffic jams (poor infrastructure is also a major cause of congestion, but that’s another story); and high-rise, high-end residential and commercial buildings mushrooming all around.

World Bank data showed that alongside the expansion of the Philippines’ gross domestic product (GDP), or output of goods and services, came the rise in the purchasing power of Filipino consumers.

Last year, when the Philippine economy grew to second fastest in Asia—next only to China—with a 7.2-percent expansion, the GDP per capita further climbed to $2,765.

The auto industry is one of the sectors enjoying increased sales as a result of the Filipinos’ higher capacity to spend.

The industry group Chamber of Automotive Manufacturers of the Philippines Inc. (Campi) has already jacked up its sales target for 2014 to 250,000 vehicles from the earlier projection of 230,000 vehicles on the back of rosier prospects for car companies.

“The growing economy bodes well for the automotive industry. With GDP per capita of more than $2,500, we are set for the motorization stage,” Campi president Rommel T. Gutierrez said.

“The purchasing power of consumers is getting stronger, which enables more buyers to purchase vehicles. The availability of affordable models across all segments makes it a good time to buy a car. Buying a car is second to owning a house,” he said.

Even luxury vehicles that cost tens of millions of pesos are now available to the ultrarich, as local dealerships of bespoke Rolls Royce and sports car Ferrari were opened during the past two years.

In the case of Rolls Royce, its Ghost, the least expensive model available in the Philippines, sells at P25 million for starters.

A Ferrari means shelling out between P18 million and P30 million.

An industry executive who requested anonymity said that luxury cars have a ready market here, mostly among captains of industry or top-level executives.

“The demand for luxury goods was sustained in 2013 by the overall improvement in the country’s economic condition, which provided better employment opportunities for Filipinos,” Euromonitor said in the executive summary of its report titled “Luxury Goods in the Philippines” released this month. 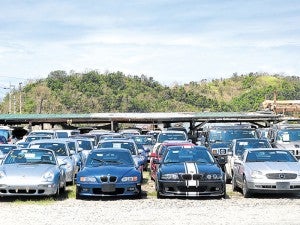 According to Euromonitor, the influx of luxury brands came on the back of additional investments in casino, hotels and residential development that would mainly cater to affluent foreign tourists, but this widening of brand choices would also benefit Filipinos.

“Consumers are provided with better options with the increasing availability of affordable and aspirational luxury brands,” Euromonitor said.

The wider range of high-end brands now available in the country has also made luxury goods more accessible to the middle class, it said.

In particular, high-end electronic gadgets “hold much promise for growth given the current limited market appeal these luxury goods have and the small number of players available locally,” the report said.

As for real estate, the luxury and high-end segments have also become a lucrative market for property developers.

Catherine A. Ilagan, executive vice president of Filinvest Alabang Inc., said in an interview that competition among real estate firms has intensified as more and more of them have ventured into a “still small” but higher-value market.

Filinvest, for one, has focused on the lower and midmarket housing segments but has also introduced its “Premiere” and “Exclusive Collection” projects, which cater to the ultrarich.

The smallest unit, at 140 square meters, of Filinvest’s luxury project called Botanika that will soon rise in Muntinlupa City costs at least P19 million, while the most expensive homes could reach around P40 million.

At BeauFort in Bonifacio Global City in Taguig City, one-bedroom units go for a minimum of P8 million and three-bedroom units cost up to P30 million. Despite the steep price tags, 60 percent of the west wing of the two-tower development is already occupied.

“High-end and luxury developments are not as risky because there’s money in this market,” Ilagan said.

Economy seen growing by 7.5-8% this year